Seun Kuti and Vortex Team Up for Nigerian Superhero Comic 'Anikulapo: Voice of the Orisha' 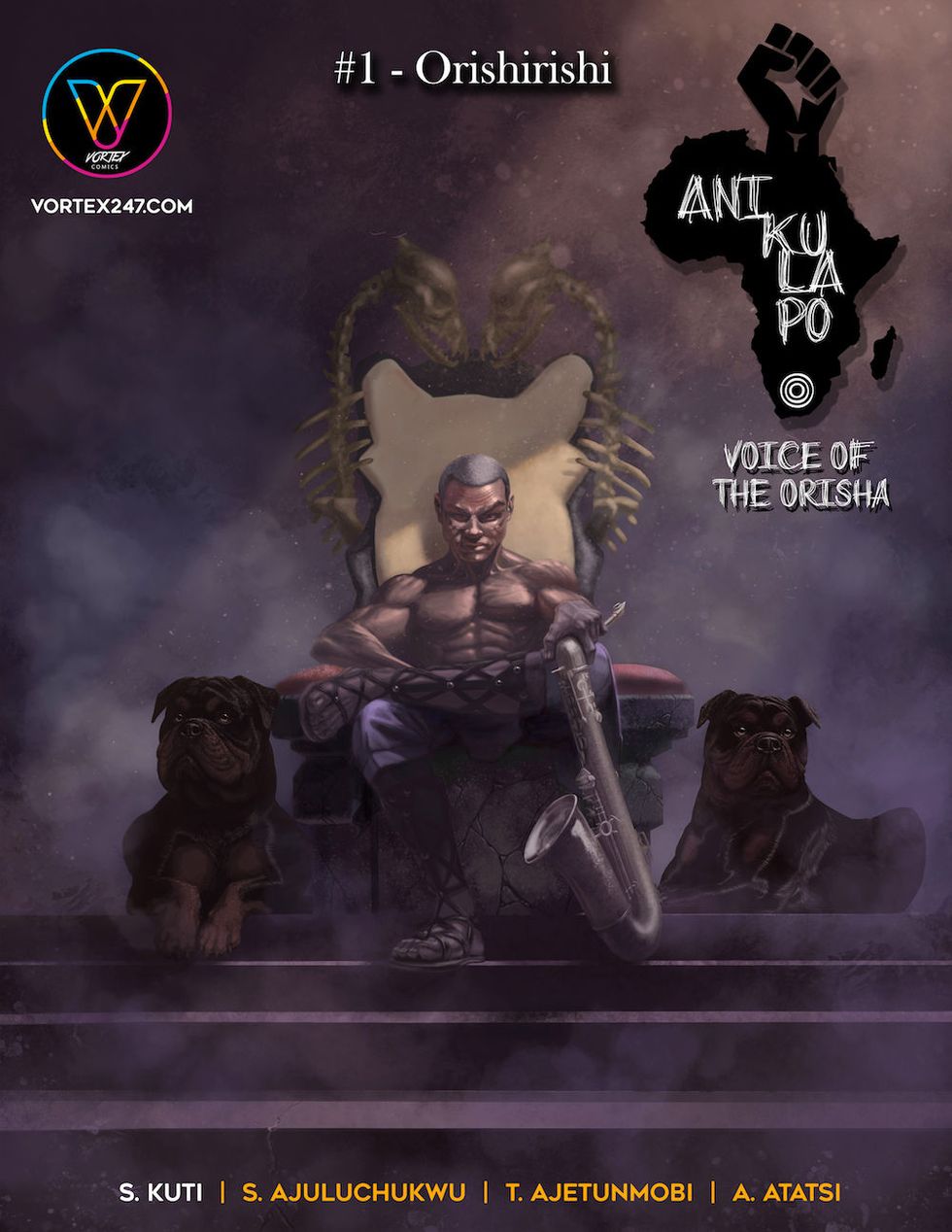 Anikulapo: Voice of the Orisha, is the latest issue by Lagos-based comic book compnay Vortex, based on the life of Seun Kuti.

Lagos-based animation company, Vortex, return with their latest comic issue, created in collaboration with none other than afrobeat artist and social activist, Seun Anikulapo Kuti.

Fusing the revolutionary spirit of afrobeat music with the glossy animation of superhero comics, ANIKULAPO: Voice Of The Orisha tells an adventurous tale loosely based on the musician's life.

In a press release, Vortex described the new installment as "an “R” Rated comic book which focuses on the story of Anikulapo III, a spirit summoner who can call open the ancient deities (Orisha) through his music, he uses this ability to combat corrupt governance, social evils and his arch enemy Baba General who happens to be the president of the Federal Republic of Nigeria."

"Born in a family of Summoners, Anikulapo wields many instruments but majorly carries the sax, he has been rumored to rain down fire once in Obalende, destroying half of the district when he called upon Sango in a fierce battle against the Eyo Assassins. Anikulapo is practical, direct and strong willed. Anikulapo's ancestors have fought for centuries."

It's the latest in an extended catalog of signature "spirit fantasies" released by Vortex. The last time we spoke with them they were readying the release of Sannkofamaan, a superhero comic based on a Nigerian doctor, turned superhero, with the ability to occupy various "selves'— a power he uses to help Africans everywhere.

You can read ANIKULAPO: Voice Of The Orisha in full, here.

Seun Kuti & Egypt 80 are currently on tour in Europe, check the dates below.