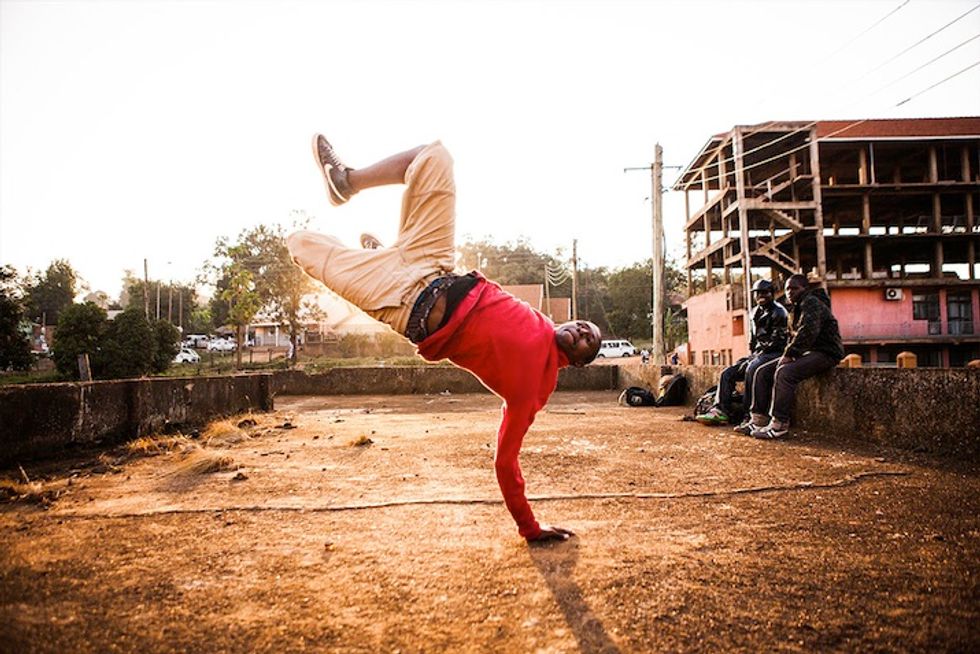 'Shake The Dust,' the Nas-produced documentary on breakers and rappers in Uganda, makes its online debut through Vimeo On Demand.

In November 2013 Nas came on board to executive produce Shake The Dust, a forthcoming feature-length documentary on hip-hop culture's global influence. Narrated by a Ugandan b-boy by the name of Karim, the 85-minute film from journalist-turned-director and photographer Adam Sjöberg chronicles the stories of rappers, DJs, and b-boys across Uganda, Yemen, Colombia and Cambodia. “What these kids are doing around the world reminds me why I fell in love with hip-hop and how important it is as a creative and constructive outlet,” Nas previously said about the project. “After hearing Adam’s vision for this project and hearing the stories, I was incredibly excited to help bring the film to global audiences who need to hear this surprising message of empowerment.”

As of today Shake The Dust is available to watch online as a thirty-day exclusive digital download on Vimeo on Demand. Next month the film begins a limited theatrical rollout in the US starting May 15 in Los Angeles at the TCL Chinese Theater. See below for a full list of dates, and keep up with the project on Facebook and Twitter.