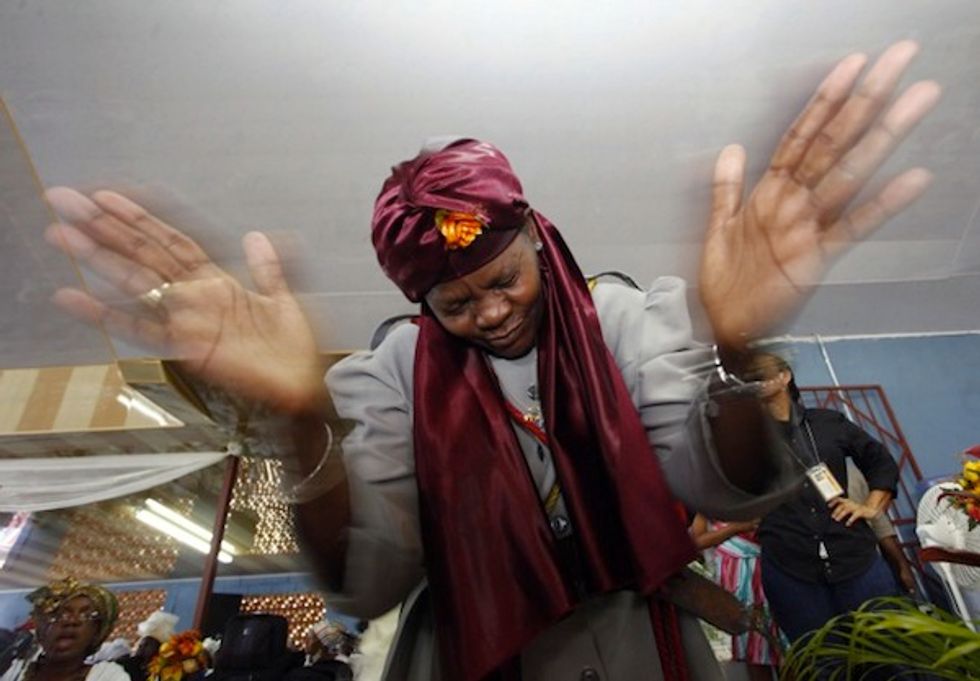 In  the African documentary "Shouters & The Control Freak Empire" Nigerian-Trinidadian director Oyetayo Raymond Ojoade explores the controversial prohibition of Shouter Baptism in Trinidad & Tobago from 1917-1951. Here is a quick synopsis:

"From Trinidadian-Nigerian filmmaker Oyetayo Raymond Ojoade, this thought-provoking documentary questions power and social control by exposing the central conflict between Euro-centric and Afro-centric religions. It exposes the schisms inherent in the unhappy marriage between the secular and the sacred, first offering a socio-historical context as it re-visits the 1917 - 1951 Prohibition Ordinance on the “Shouter” Baptist religion of Trinidad & Tobago. But it goes further by daring to challenge laws that legislate against a belief system, questioning the real causes and effects of such legislation both on members of the faith and the general public."

Featured on Buni TV, the 30 minute documentary focuses on interviews where current Shouter Baptist church members explain how colonial authority interpreted the religion, through its incorporation of Africa belief systems as somehow threatening to the colonial regime.

The documentary is certainly captivating, particularly in how it unearths components of colonial history. One member of the church states that when the prohibition was written into law "it was like being erased from the map of your homeland." Perhaps this is where the film could have been more affecting- if it had been more effective at highlighting the post-colonial materiality of the prohibition. In other words- how can we understand the prohibition today- what does it mean for current Shouter Baptists beyond the historical facts? Overall, the documentary provides an interesting history lesson, so be sure to check it out to learn more about the fascinating history of Shouter Baptism and the relationship between law and colonialism.