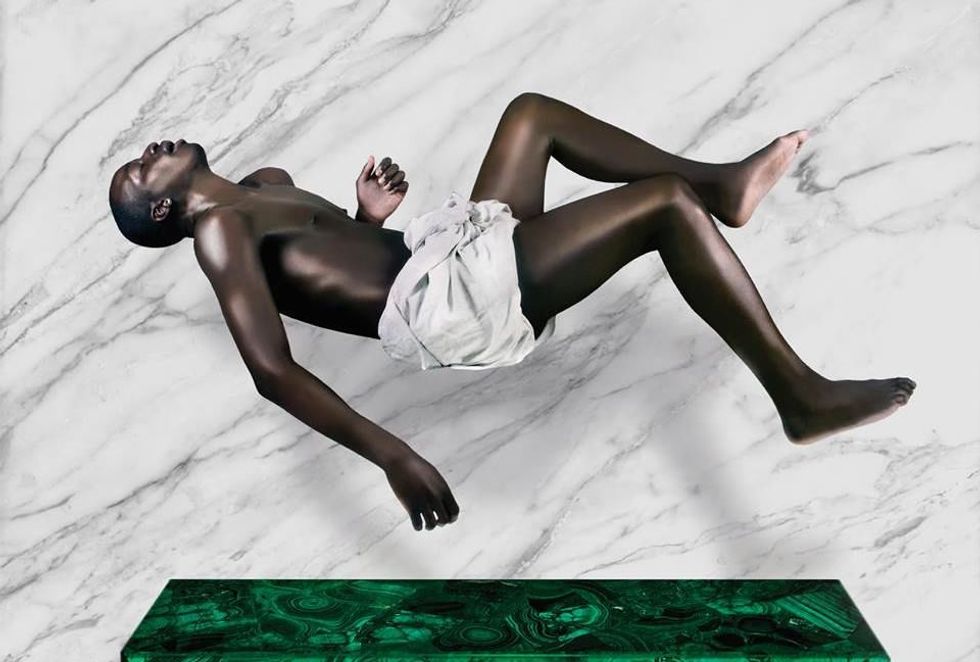 This SILICON AFRICA playlist showcases how technological innovation has influenced artists across the continent and their song craft.

This month, OkayAfrica will focus on technology's impact on young Africans.

As the continent gains access to fast internet at accelerating rates, we'll be looking at how Africans are using it to transform their lives—from tech entrepreneurs and inventors to the people and places making the continent a place for innovation and expression.

This Silicon Africa playlist showcases how technological innovation has influenced artists across the continent and their song craft. It features modern, electronic and, at times, experimental tracks from the likes of Spoek Mathambo, Baloji, Okzharp & Manthe Ribane, Just A Band, Petite Noir and more.

Get the extended playlist, and much more, on OkayAfrica's Apple Music channel.

Back when it first dropped, we called London-based producer Okzharp and South African artist Manthe Ribane's "Dear Ribane" the future of electronic performance art music videos. A couple years have passed but we still feel the same way.

Belgian-Congolese MC and songwriter Baloji teams up with Petite Noir for this stunning love letter to the Congo. "Capture" was featured in Baloji's 64 Bits & Malachite EP, which references computer processors ('64 bits') and 'malachite,' one of the few minerals found in the DRC that isn't mined for use in operating systems across the globe.

For years, Spoek Mathambo has been one of the leading innovators of electronic music on the continent. In "Control," the songwriter/producer/rapper fuses the energy of South African house music into a cover of this Joy Division classic.

The song's accompanying black-and-white music video, directed by Pieter Hugo & Michael Cleary, is a work of art in its own right.

The concept behind Just A Band's video for "Huff + Puff" came about from a challenge: two Norwegian filmmakers dared the band to shoot a video “with a bunch of constraints, such as having to include a movie reference… starting with A Clockwork Orange."

The end result, shot in the outskirts of Nairobi, is a golden marriage of comedy, dance moves and some very impressive electronic pop.

Brooklyn-based, Nigerian multi-instrumentalist Eli Fola created a sound he calls 'Tech Afrique' out of his love for house and techno music. Dive into Fola's colorful world with "Wonders."

Congolese-Angolan artist Petite Noir describes his music style as 'noirwave.' Through it, he examines the perception of Africa as a “dark continent," exploring its split identity as a both beautiful and unforgiving place, and showcasing a new, forward-thinking African aesthetic influenced by the likes of Fela Kuti, Tabu Ley Rochereau and Yasiin Bey.

Abot mentions that "To Li" is “a dramatic term that cuts through the bullshit... In a generation of young people determined to take life by the horns with little tolerance for injustice and inequality, 'To Li' contributes to that narrative and spirit of cutting through the layers in search of honesty and truth."

Kinshasa's Mbongwana Star are an eclectic outfit who blend Congolese rhythms with recycled instruments and post-punk bass into the distorted electronic sound heard on "Malukayi," alongside Konono No. 1.

East Africa's baddest boss lady Muthoni Drummer Queentackles the alarming social issues Kenya is faced with—including the widening wealth gap, ineptitude in government and the doctor's strike that made headlines since it started in December—in electronic tribute to Grandmaster Flash & The Furious Five's "The Message."