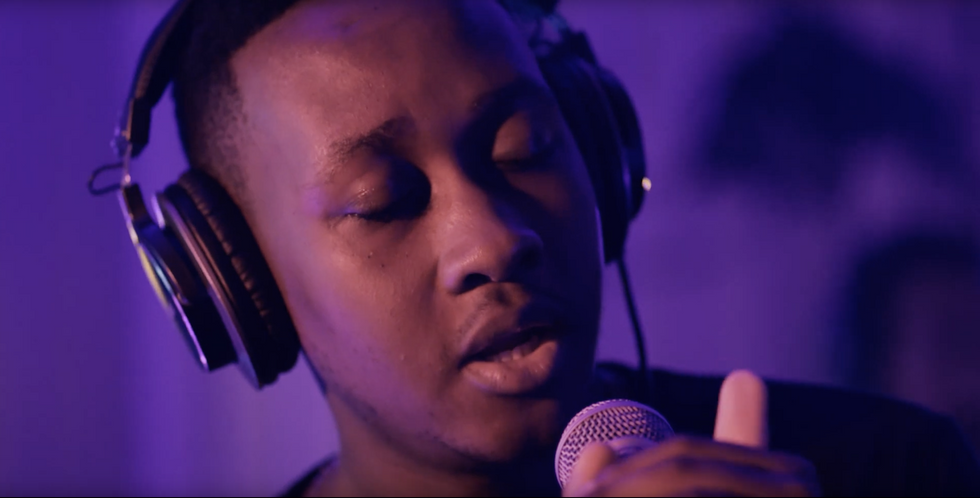 Sipho The Gift treats fans to stripped down performances of songs from his latest album.

The performance took place at Red Bull Studios in Cape Town, "as part of a visual translation of the iNDiGO album," says the rapper. He worked with Euden "Eudy" Oliphant on keys, Nathan Solomon on drums and Duncan Johnson on bass.

He told OkayAfrica in an email:

"The album deals with color and emotional tones of the color spectrum, so the idea was to translate the sounds on iNDiGO into actual colour and light. The point of both performances was to be ethereal and strip the sounds down to their most emotive intimate elements."

The clips consist mostly of closeup shots, which contribute to the intimacy the artist was going for in the performances. Just as the sounds are stripped down to their emotive and intimate elements, visually, you get to be as close to the artist as he hopes the music gets to you in this form.

The performance is a further indication of Sipho's current mind state musically. His album and Good Things Comes In 3s, the EP that precedes it, both consist of live instrumentation alongside digital production.

In our interview with the rapper and producer earlier this month, he said:

"iNDiGO is a perfect follow-up to Kintsugi in the sense that it's much lighter after the catharsis. I'm really proud of the steps I've taken to elevate my craft; there's live guitar, bass, keys and strings. It's even more musical than this EP actually. I was blessed and fortunate enough to get some live elements for the production and even check some personal goals off the bucket list."

Watch the live performances of "ANYWHERE" and "iNFORMERCiALS iNTERLUDE" from iNDiGO below and stream the album underneath.