5 Episodes from Siya Beyile's Podcast #TheThreadedExchange You Should Listen To 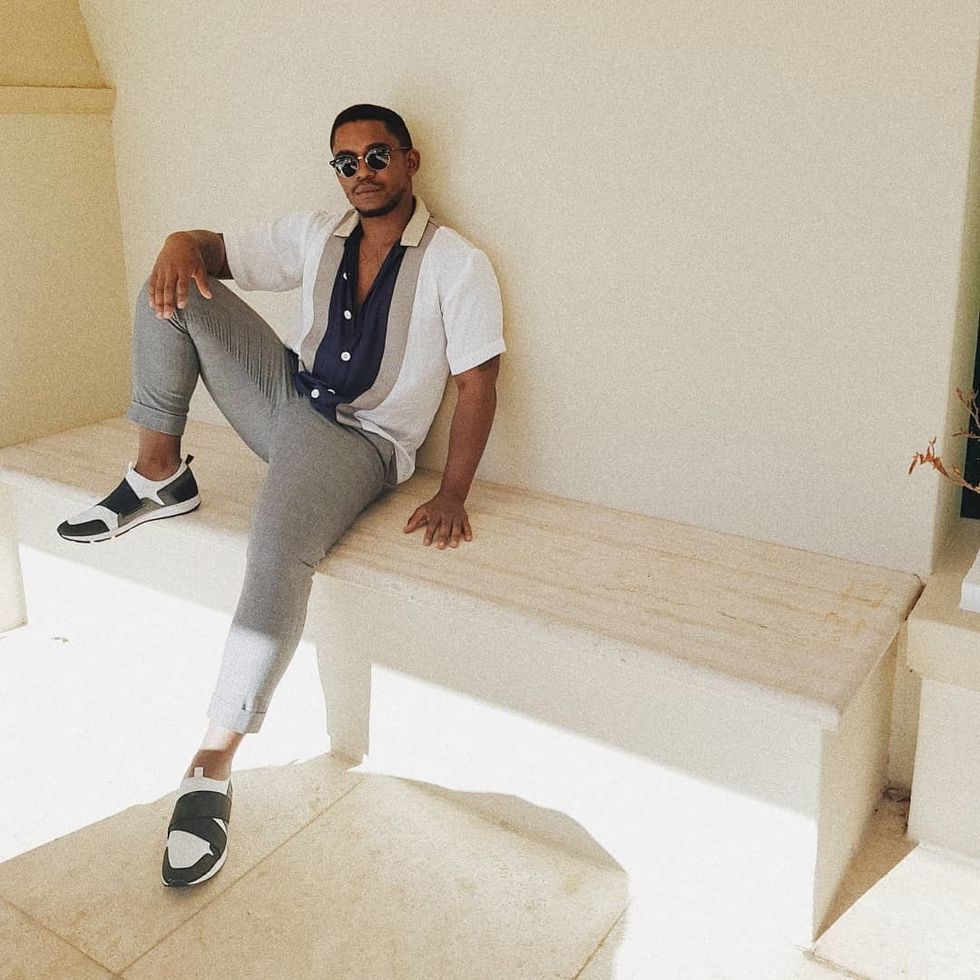 "African entrepreneurship" is a topic that has become inescapable in the last few years, from panels at development conferences to aunties telling you to "get creative and start something new" when you complain about the job market.

Beyile, the founder of the styling consultancy and magazine The Threaded Man, creates a show that feels like listening in to new friends talking about surviving "the industry." His guests are young black South African entrepreneurs, and Beyile is able to create a sense of intimacy on the show because he relates to their struggles. The discussions vary with topics like finding the right investors, African men and depression, romance and entrepreneurship, and how starting a business ages you emotionally.

Here are highlights from five episodes, including some older ones, that show why #TheThreadedExchange is worth listening to.

This earlier episode features Tshepo Mohlala, the founder of the denim company, Tshepo the Jean Maker. In the episode, Beyile asks Mohlala what has fueled his success. Explaining how his childhood struggles motivated him he says, "Anger is what really drove me to be an entrepreneur." Anger is not the most marketable emotion, and this makes the episode feel less calculated than a story from an entrepreneurship panel. The episode ends on a lighter note as Mohlala talks about other ways his childhood has influenced his work including the story behind his collection "Wenawedwa" which is named after his ex-girlfriend.

This recent episode features singer Amanda Black, and you can feel how much Beyile is inspired by Black's work. "I think your music frees people," he says in the middle of the episode and it's clear that he's been meaning to point this out for some time. Instead of a conventional interview about new music the singer is working on, Beyile and Black talk about the complexities of having a public career while trying to grow personally. Though Beyile says he has learned to be careful about speaking too openly about his life and his family, the episode never feels like Black and Amanda are being stingy with talking about their personal struggles.

Beyile's guest in this episode is Luyanda Mafanya, a private chef and food blogger who built her brand on Instagram. Mafanya's story about becoming a chef is charming as she talks about how she would spend hours at the supermarket before turning a corner into an isle with an interesting ingredient. In a moment, a regular shopping trip would be the beginning of a creative new dish. When Beyile asks Mafanya whether it is her age, her gender, or her race that has caused the most hurdles in her career, she explains that not going to culinary school has caused the most difficulty. Mafanya learned how to cook from her grandmother and from tutorials on Youtube, and the show explores the possibilities and limitations of learning a craft online.

This is the episode for folks who are waiting to hear entrepreneurs talk more openly about the intersection of politics and business. Inga Khubeka, founder of the interior design agency INDALO, goes on a hilarious rant about the ways that governments refuse to give creatives opportunities. When Beyile asks him what he hates most about being an entrepreneur he says, "If there's a deal happening at the department of education or whatever the case is, they won't take a person who is skilled and talented for such a project. They will take just take a clown because they know someone who is politically affiliated." Khubeka doesn't hold back, making discussions about building a sustainable business that could be dry enjoyable.

Listen to this episode here.

"The Realities of Being a Young Black Female Entrepreneur"

This episode features Charmaine Ngobeni and Amanda Sibiya, the co-founders of the consulting agency, Conte Creatives, and the publication, Conté Magazine. The conversation gets into the politics of being a black female entrepreneur in South Africa as the guests tell stories about inappropriate men in business, navigating friendship with a business partner, and whether the term "Alpha male" should be given a new meaning. Though Beyile and his co-host Joe Nawaya sometimes ask questions that are too predictably gendered, they still try to confront uncomfortable topics that lead to engaging conversations about gender in business relations.