Siyanda Mohutsiwa: The Girl Who Believes In Africa 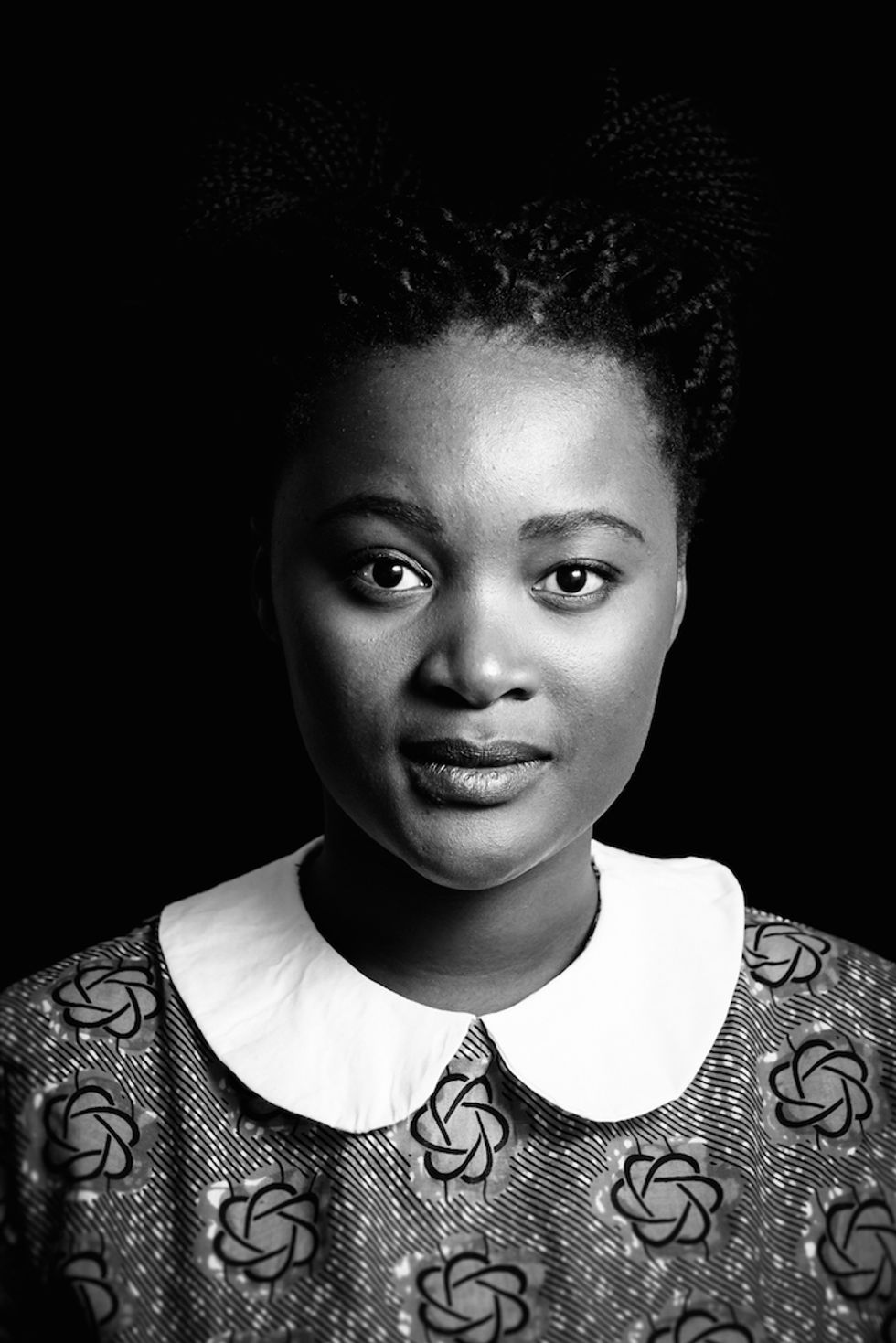 Siyanda Mohutsiwa, the Botswana-based writer and creator of the hashtag #IfAfricaWasABar, details her experience speaking at TEDxAmsterdam.

In the letter below, Siyanda Mohutsiwa, the 22-year-old Botswana-based writer and creator of the viral hashtag #IfAfricaWasABar, details her experience speaking at TEDxAmsterdam.

The week before my TEDx talk was a series of terrible jokes. To be clear, I mean terrible jokes made by me. The first was an answer to the question: “What did you think when you received your invitation to give a TEDx talk in Amsterdam?"

My response—to a table of accomplished adults made up of TEDx volunteers and speakers —was: “Well, I thought I was being tricked into becoming a sex slave."

Let me explain. The bustling cities of third-world countries are filled with posters promising young girls the glamor and thrill of life in Europe. But only If. If they sign up with a “model agency" that has no height requirements. If they sign up for “teaching agencies" that require no degrees. If.

I was certain that even though the email that invited me was sent from a legitimate tedxamsterdam.com account, that this was all an elaborate rouse. A rouse specifically designed to get me excited about a week in Europe, only to have that dream snatched from me along with my passport and my freedom.

As you can see, I have a pretty dark sense of humor. I also apparently have an inability to “read the room."

In hindsight, I was scared. I was the girl who had spent much of her teenage life trying to have drunken conversation about economics TED Talks in Gaborone night-clubs and now I was suddenly tasked with giving one. And instead of saying, “I'm nervous!" I insisted on subjecting people to terrible jokes.

The week flew by as I unleashed more and more poorly thought-out jokes to unsuspecting adults. My own laughter reverberated through old buildings and abandoned dance-clubs and I remained blind to the room.

I deal with stress and fear by ignoring it, by pretending it is not there and then by waking up at 2AM in a cold-sweat with my heart beating like death is sitting on it.

I tried to push it all to one side by reminding myself that the speech coach, a wonderful Tara Philips, and my slide-technician (yes, there is such a thing) had already received my speech and it was all out of my hands now!

That didn't work. So I drank and walked and danced and ate! I didn't do the museum route simply because it was far too expensive. And how could I face real art with my flimsy excuse of an “Idea Worth Sharing?"

This determined second-guessing went on until the very moment I delivered my speech. The girl who had written it, wide-eyed and determined, excited and hopeful, utopian and passionate showed up on that stage that day. The self-judging kind-of-woman who had been carrying her speech in her backpack all week, avoiding eye-contact with strangers and laughing too-loud at dinner parties was gone for fifteen glorious minutes, and a girl who loved and believed in Africa so much it moved her to tears delivered a speech that changed both their lives.

Afterwards, there was a standing ovation. The crowd erupted between and around audience members who had been moved to tears.

I didn't know what a standing ovation was, so I marched off stage, determined to fight the emotions that had overcome me in the last of my speech. I walked back, the girl who believed in Africa walked back and the woman who she'd become followed her there. I, we, they, stood on that stage and soaked in the joy of an audience that had been moved to believe in hope.

After my speech, I went backstage and something truly moving happened. I was met by every African person who had attended the TEDx conference that day. They hugged me tightly and told me how proud of me they were. And then one of them, a middle-aged man who I would later find out was once a refugee from Congo, told me that my speech had melted his heart and in-so-doing had lifted the anger and disbelief he had nursed about leaders like Kabila and Mobutu his whole life. Out of all the people who spoke to me that night—excited Dutch people, many of whom had spent some amount of time in Africa—this man's words brought me to tears.

Siyanda Mohutsiwa is a 22-year-old writer who is obsessed with Africa and the internet. In her spare time, she studies mathematics at the University of Botswana. Follow her ungovernable tweets @siyandawrites.