Skepta Has Been Made a Chief In His Hometown In Nigeria 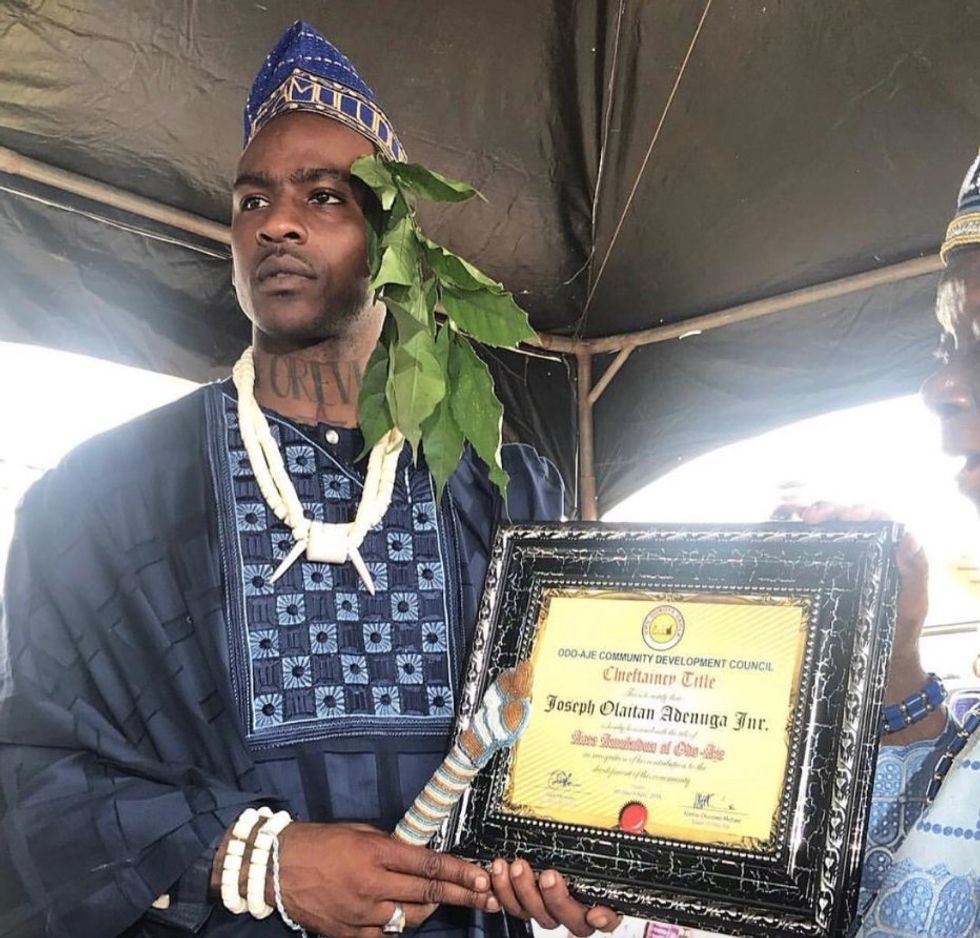 The grime star is now a chief in Ogun State.

Skepta can now add "Chief" to his long list of titles and accolades.

The grime heavyweight is currently in his home country of Nigeria, where he performed at the massive "Homecoming" showcase, which also featured the likes of Wizkid, Tiwa Savage, J Hus and Davido to name a few.

That was far from the only major event that took place while he was there, however. His trip proved a true homecoming as the rapper was also made a chief in his father's home state, Ogun.

"Thank you to the Baale, Chiefs of Odo Aje and King for presenting me with my Chieftaincy title today. I am honoured and will continue to put time and love into Nigeria, especially the community of Odo Aje," wrote the artist in an Instagram post, which showed him, his parents, friends and a group of guards marching through the streets in celebration.

The half Yoruba, half Igbo artist represented both sides of his heritage by rocking a traditional Yoruba fila and agbada, as well as Igbo ivory beads and a red ozo cap later on in the ceremony.

Chieftaincies are of unique cultural significance in Nigerian culture, historically they've been the system in which states are governed. Though they are often bestowed based on lineage, many chiefs are appointed on account of their influence or status. According to BBC Africa, Skepta's official chieftaincy title is "Amuludun of Odo Aje," which translates to "Chief Entertainer of Odo Aje."

Skepta and his family have taken on social outreach projects in Nigeria like the building of a playground for the children in 2016. Skepta has returned home to Nigeria often for shows. He's being recognized for his positive contribution through music and the arts, and for being a purveyor of culture.

Fans and celebrities alike have congratulated Skepta on his chieftaincy via social media.