Skepta, A British-Nigerian Grime MC, Has Won the 2016 Mercury Prize 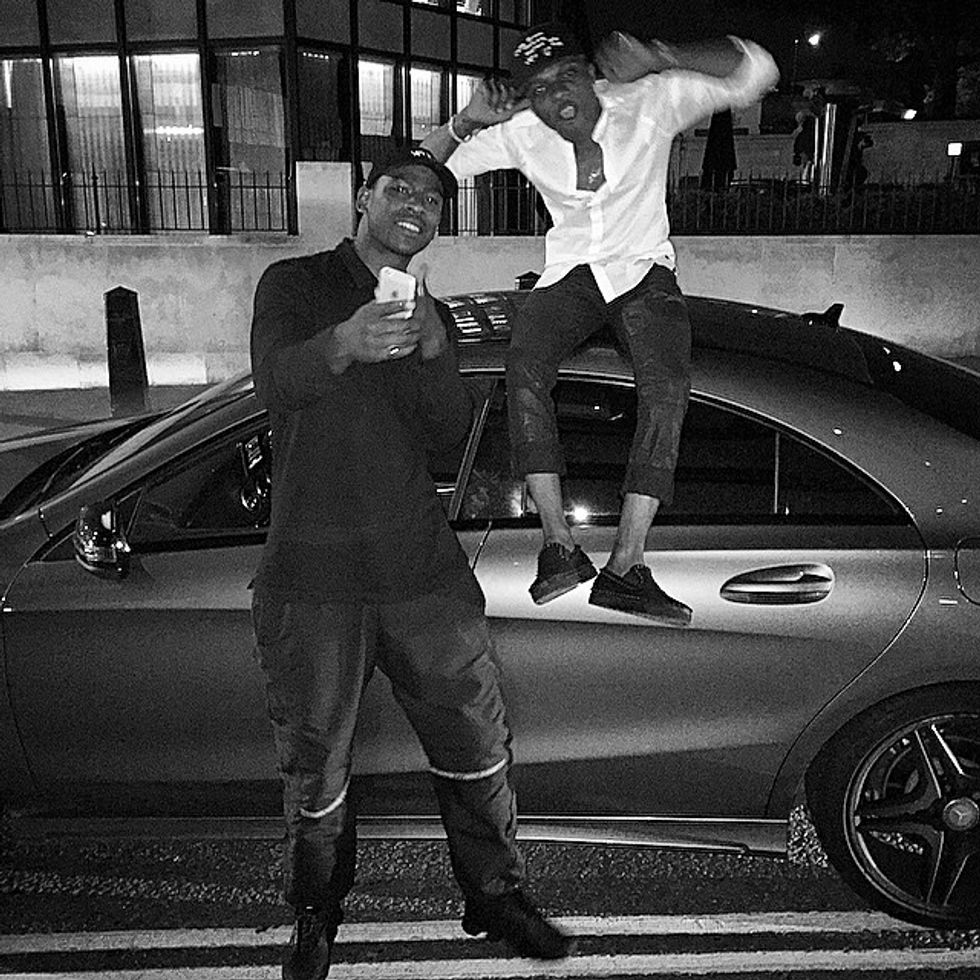 Skepta's been awarded the 2016 Hyundai Mercury Prize for his fourth album 'Konnichiwa.'

Well, really, it's been here for more than a long minute but, for many, the genre's climbed another step in popularity today as Skepta's been awarded the 2016 Hyundai Mercury Prize for his fourth album Konnichiwa.

Skepta's album beat the likes of Radiohead, Laura Mvula, Michael Kiwanuka, The 1975 and even David Bowie to win the award.

During his performance at the Mercury Prize, the grime MC gave a nod to the Black Lives Matter movement.

Skepta, who's of Nigerian descent (real name: Joseph Junior Adenuga), brought his crew and his Nigerian parents on stage with him to accept the award. In an emotional speech, he thanked "my mum and dad, and all my friends' mums and dads."

His album Konnichiwa features hits like "Shutdown" and "That's Not Me," and its title track shouts out Wizkid.

Skepta was also the person responsible for first playing “Ojuelegba” for Drake, which sparked the monster remix that catapulted Wizkid into his current reigning spot.

With this win, Skepta becomes the second grime act to win the Mercury Prize, following Dizzee Rascal in 2003.

See some tweet reactions to Skepta's Mercury Prize win below.

An emotional @Skepta thanks "my mum and dad, and all my friends' mums and dads." #MercuryPrizepic.twitter.com/uNFNyRGmNQ

"I want to say thank you to every single person that made Konnichiwa happen" pic.twitter.com/0PfIPOXtNh

"Why would Bowie want Skepta to win?" #MercuryPrizepic.twitter.com/oIRy2T9z9C