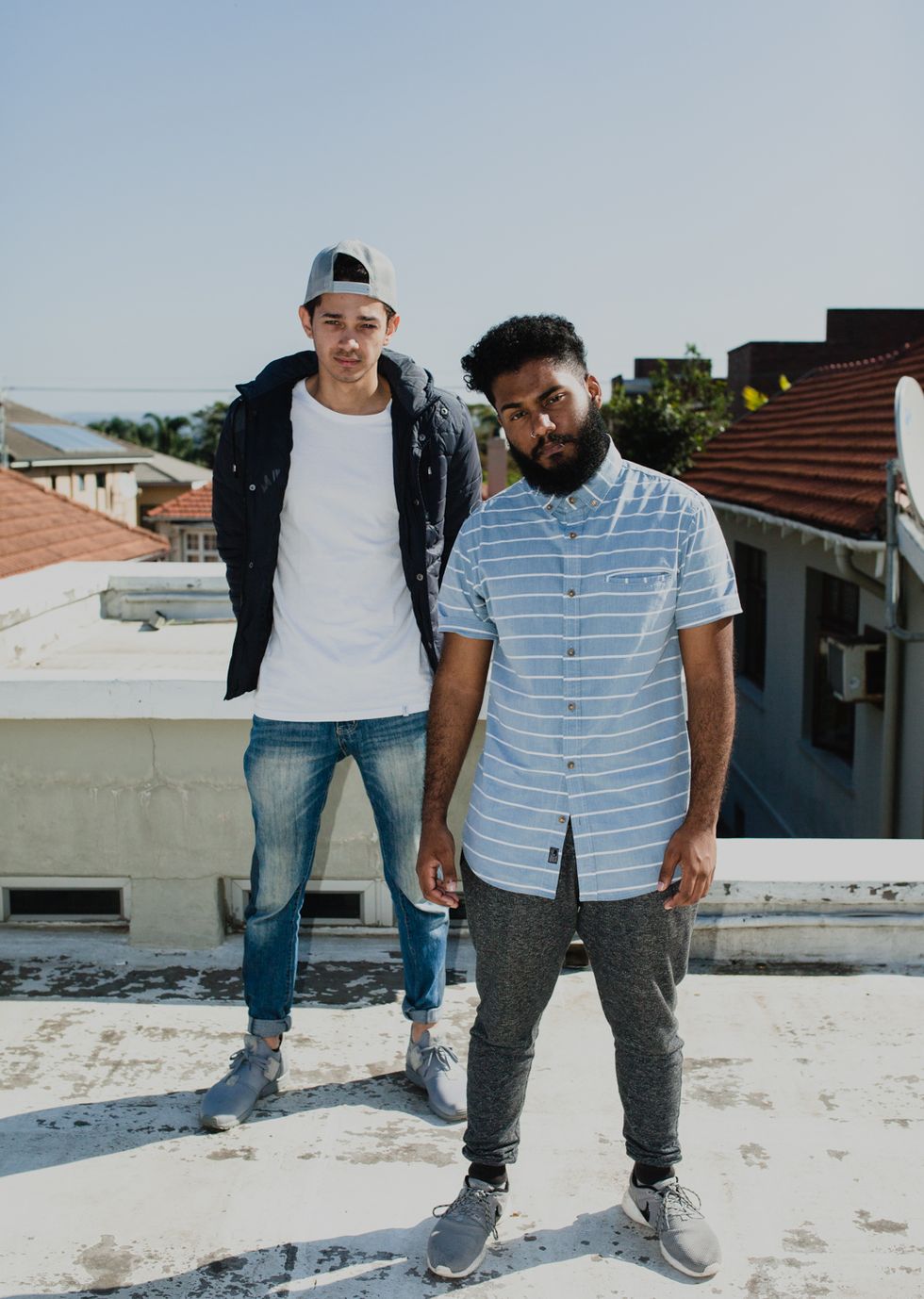 Durban production duo SNAPBVCK describe their own sound as “Electronic bliss,” “Noisy electronic music,” “Happiness.” What they mean by these descriptors is anyone’s guess (what could happiness possibly sound like?), but what is certain is that this duo refuse to take themselves entirely seriously. This doesn’t mean, however, that they aren’t serious artists.

Formed in 2015, and having gone through a series of lineup changes, the surviving pair of Ryan James and Rhys Fataar (aka Nomadik) have been working tirelessly to produce an album that South Africa (and hopefully the world) can fall in love with. They pull no punches when it comes to their sound, though. James describes himself as “kind of a dick” when it comes to making sure everything is perfect. Away from the studio, however, the two are just a couple of nice guys cracking jokes over beers and the odd hand of poker. They’re the kind of boys your mom might ask to stay for dinner, and that your sibling would insist spend the night.

Niceness and humility are undervalued commodities in a Durban electronic scene saturated with egos and hype. The SNAP boys would rather let their music make the most noise. It’s a strategy which has worked for them so far. By simply being rad guys they’ve seduced the likes of Refi Sings, Red Robyn, Nidaalxo, Erick Rush, DUX and Thabiso Lavish to feature on their debut album, Forget the Name. It's a title which belies their own nonchalance about their image, but which lays down a challenge to listeners, one which I doubt most people could accomplish.

The first single, "Noise," has a funny backstory. They sent the track to Red Robyn aka Ash De Gee, with the name of the file being “Noise.” To the boys it was a joke, again reflective of their own self-deprecating tendencies. Red interpreted it literally, and turned it into the powerful break-up ode it has become. The song has a forthrightness and solidity that demands attention, and will very likely achieve widespread airplay.

Don’t be fooled by what James and Fataar might tell you. I doubt anyone will be forgetting their name anytime soon.

Listen to Okayafrica’s premiere of “Noise” above. SNAPBVCK’s debut album, Forget the Name, is out at the end of September. Watch their EPK below.