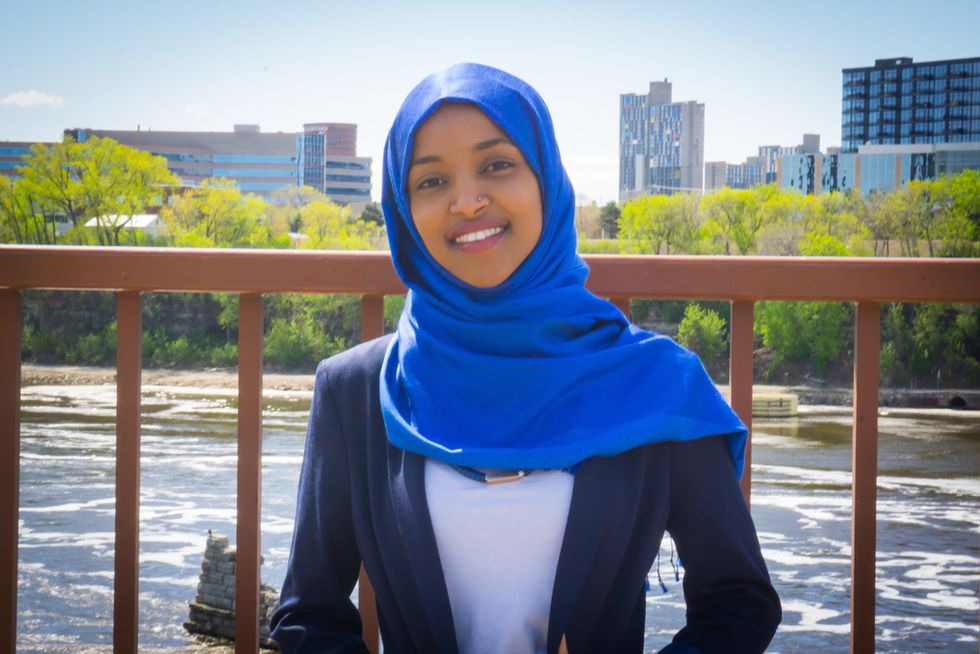 Ilhan Omar beat a long-term incumbent, and will be the candidate for Minnesota's DFL on the November 8 ballot for state representative.

Defeating Minnesota’s longtime, 22-term District 60B incumbent Phyllis Khan yesterday, Ilhan Omar will likely be the first Somali-American legislator in the U.S. after a competitive primary race, the StarTribune reports.

Born in Somalia where her family escaped civil war and lived in a Kenyan refugee camp for four years before settling in the Somali-American neighborhood of Cedar-Riverside in Minnesota, Omar, 33, currently serves as director of policy initiatives at Women Organizing Women (WOW) Network.

With this win, Omar will be the DFL (Democratic-Farmer-Labor) candidate on the November 8 general election ballot.

“Our campaign is about connecting with people and engaging them in the political process. We are uniting the diverse voices of our district – long term residents, East African immigrants and students. I will make sure their voices are heard at the Capitol,” Ilhan says in a press release. “I look forward to winning the general election in November and then co-governing and advancing the shared progressive values of our district when the legislative session begins after the first of the year.”

Secretary of State Steve Simon reports that Ilhan received 2,404 votes, where Kahn received 1,726 votes and third opponent Mohamud Noor received 1,738 votes. Since the 2014 primary election, there has been an increase of 37 percent of voters this year.

Through her work at WOW, Omar works to engage and empower East African women to take civil leadership roles and see themselves as leaders within their communities. And as District 60B’s state representative, she seeks to dedicate herself to closing the opportunity gap and advancing an agenda focused on economic, social, racial and environmental justice.