These Somali-Kenyan Herders Ran After and Captured Two Cheetahs 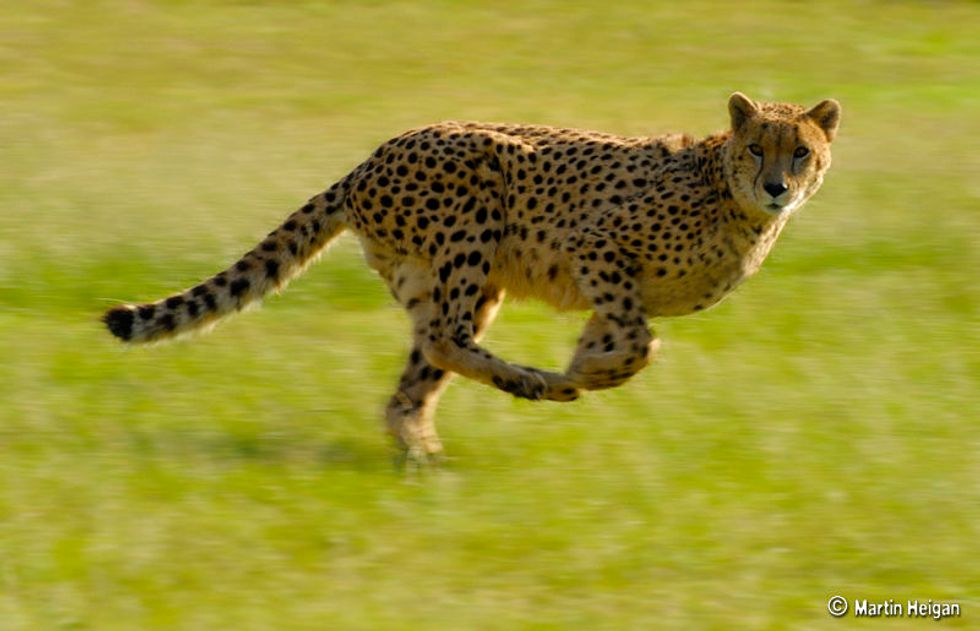 The Cheetah is earth's fastest moving land animal. Or is it?

If there's one thing every grade-schooler knows it's that cheetahs are the world's fastest land animal. In a foot-race, humans don't stand a chance.

But wait, in 2013 a group of goat-herders in North Eastern Kenya proved this wrong. According to the BBC, after losing 15 goats—a significant blow to his livelihood—Nur Osman Hassan devised a plan. He waited until the hottest part of the day when cheetahs retire to the shade, and with three youth in tow chased the big cats over 4 miles on foot, overtaking the animals as they tired.

This is rather similar to the plot of American journalist Scott Carrier's book Running After Antelope which documents his attempts to chase down the second fastest animal on earth through a combination of wits and endurance. But while Carrier never manages to get one, the residents of Wajir town do. The cheetahs were handed over alive to local authorities.

For now, Hassan's goats are safe.