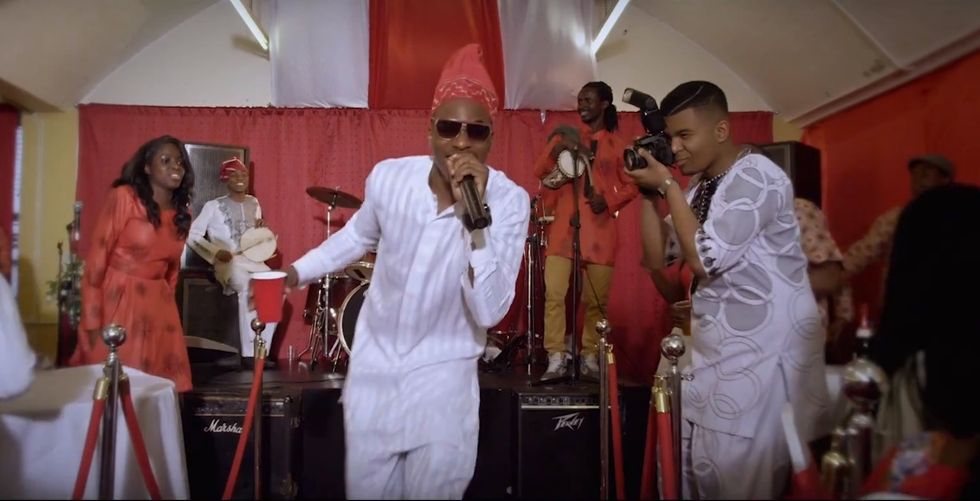 Less than a month after making his debut with “No Wahala” (now at 100k+ views), UK/Nigeria's Sona has a new video for his single "Ijo Sona." Quickly rising with infectious beats and catchy lyrics in tow, the London-based performer cites both Sir Shina Peters and Wande Coal as some of his musical inspirations, and it shows in his propensity to reinterpret old-school rhythms with a modern twist. For his latest, produced by O.Y Beatz, Sona showcases his timeless aesthetic in the "Ijo Sona" video. Straying away from the Bugatti-filled, hyperbolically-extravagent party life music video status quo, the Alexx Adjei-directed video instead recreates the owambe party memories of his childhood. Look out for shots flashing between classic owambe-party scenes, elaborate head-dresses, and long lines for spicy jollof rice and stew as Sona shows off how to get down Nigerian style. Watch"Ijo Sona" below and download the track here.