This Music Video Highlights The Spatial Inequalities of Cape Town 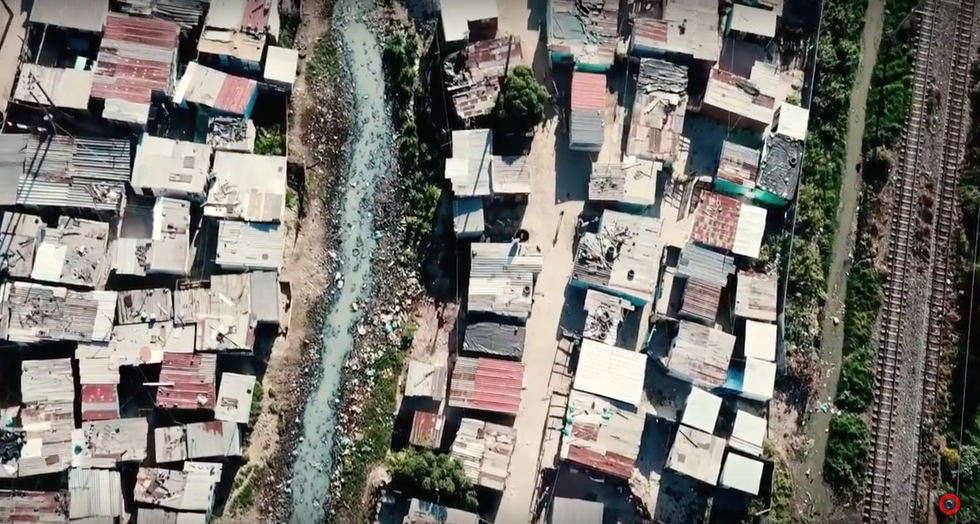 A screenshot from the video for "Zabalaza"

Watch the music video for "Zabalaza" by Soundz of the South.

In the video, which is direct by the award-winning Jenna Bass, you can see a juxtaposition of the affluent suburbs (and CBD) and the hoods where black people were dumped by the apartheid government. This juxtaposition is mostly achieved with the use of drone shots, which give you an aerial view of the aforementioned areas.

There is nothing new the music video is showing; spatial inequality in South Africa, especially Cape Town, is not a new issue. But you will hardly see such music videos in South African hip-hop, and until an issue is dealt with, artists can never talk about it enough.

SOS is a collective that prioritizes social commentary over aesthetic. In their music, they have covered pertinent topics such as Fees Must Fall and the Marikana Massacre, among other issues. So a song like "Zabalaza" is something you'd typically expect from them.

Watch the video below, and listen to more SOS music on their Bandcamp and SoundCloud pages.