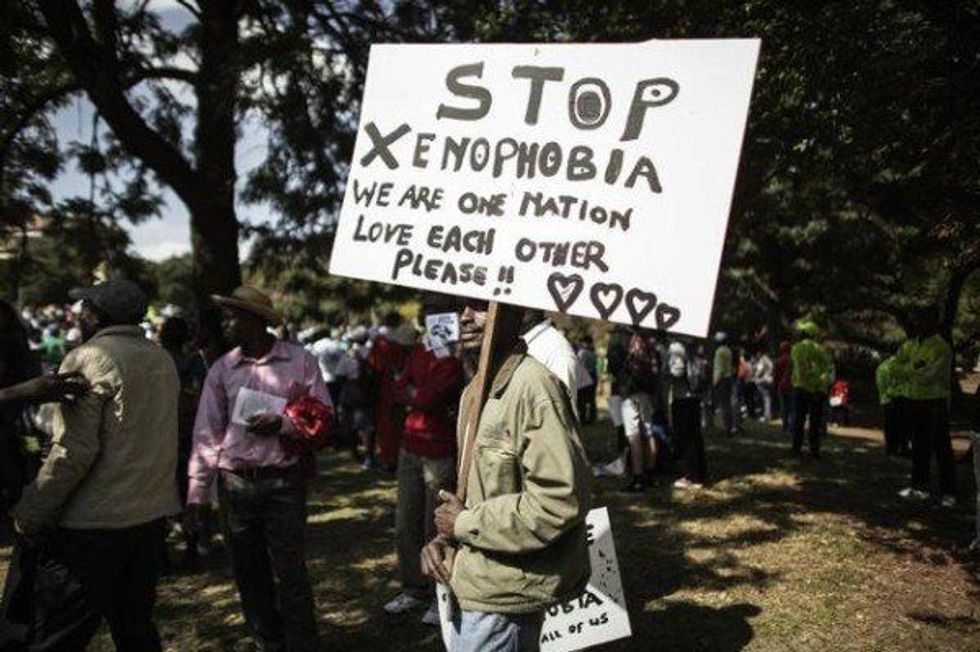 Tension grows between Nigerians and South Africans in response to xenophobic violence.

Sadly, nationalist tension between Nigerians and South Africans appears to be rising.

Yesterday, it was reported that Nigerians were speaking out against xenophobic violence in South Africa after Nigerian-owned homes and businesses were vandalized and looted in Pretoria West.

The Nigerian government stepped in, demanding that their be a stop to the "xenophobic attacks on Nigerians, other Africans and Pakistanis."

Today, student protestors in Nigeria have taken to the streets in retaliation. Members from the group targeted the Abuja headquarters of South African-run mobile phone company, MTN. Representatives form The National Association of Nigerian Students (NANS), stated that they were giving South Africans 48 hours to leave, or they'd be subject to further attacks on property, reports Reuters Africa.

It's being reported that officials in Johannesburg are planning to stage a "shock and awe" campaign, backed by the city's mayor, Herman Mashaba, to have property "high-jacked" by foreigners, seized and returned to the state, Bloomberg reports.

While, the South African minister of home affairs, Malusi Gigaba, has acknowledged the problem, commenting that, "xenophobic violence is not new in South Africa," there is still no word as to whether action will be taken to quell violence in the country.

So far, no deaths have been reported—let's hope that a productive solution is reached before the situation becomes even more dire.