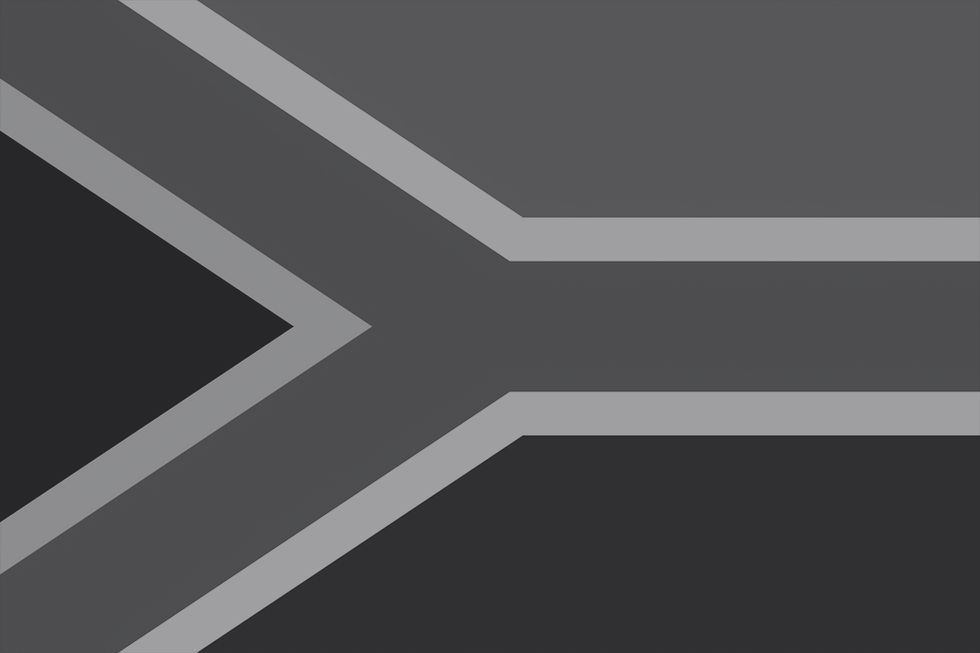 Arts’ role in perpetuating a culture of gender-based violence had many on edge at the 37th Durban International Film Festival.

While the stars of South Africa’s film industry arrived at the glamorous opening of the 37th Durban International Film Festival, it was the heated issue of arts’ role in perpetuating a culture of gender-based violence that had many on edge.

In the months leading up to the festival, rumours swirled among insiders over a controversy surrounding DIFF’s original opening night selection, South African filmmaker Oliver Schmitz’s apartheid-era death penalty drama, Shepherds and Butchers. But the film that took its place has brought even more controversy -- leading to accusations that the nation’s largest film festival is promoting rape culture.

The Journeymen is a documentary about three young South African photographers—one Afrikaans (Wikus de Wet), one English-speaking (Sean Metelerkamp) and one Xhosa (Sipho Mpongo)—as they hit the road in 2014 to document the country twenty years into democracy. Each photographer had a different focus: de Wet focused on the “land question”; Mpongo the Born Frees; Metelerkamp the country’s idiosyncrasies. Their trip, known as the Twenty Journey project, was never intended to be a documentary. It was only two months in that Metelerkamp suggested the photographers strap GoPros to their chests. Even then it was only in 2015 that Metelerkamp realised he had the makings of a full-length film. And so he set about piecing together the footage of what would become the feature documentary, The Journeymen.

What makes DIFF's decision to select the film for its opening night event was not so much the content of the film, but rather the actions of one of its auteurs. Mpongo, now 23, has had a flourishing start to his professional career. In 2015 he became the first South African chosen for the Magnum Foundation's Human Rights Fellowship at New York University. He also documented the University of Cape Town’s historic #RhodesMustFall movement. Mpongo’s was the ultimate success story––a young man born in a rural town in the Eastern Cape rises from the streets of Langa to become an internationally-recognised artist.

In October of 2015, the University of Cape Town charged the photographer under their student code with sexual harassment and sexual assault of a classmate—a 19-year-old first-year art student who Mpongo followed into a ladies bathroom at UCT’s Hiddingh Campus and attempted to kiss. The student, who we spoke with but declined to comment, revealed to City Press that she'd heard from a total of 23 young women who told her Mpongo had sexually harassed them.

For many advocates against sexual violence, Mpongo’s actions change how the film should be received. Others less so. But what responsibility do festival programmers, and ultimately viewers, have to the young women harassed and assaulted by Mpongo?

Questioned by Okayafrica for this story, the festival’s current manager, Peter Machen, says the decision to select The Journeymen was discussed in great detail, both with the filmmakers and other members of the DIFF team.

“Very simply, we thought that it was the most appropriate film to screen on opening night since it provided a collective portrait of South Africa and spoke to the widest possible audience out of all the films that were considered for the slot,” Machen writes in an email to Okayafrica. “The relationship between an artwork and its creator is a complex one, which has given rise to a huge amount of literary and art-based theory over the last century,” he goes on. “Ultimately, we decided to screen The Journeyman as the opening night film because we thought that both the film and Sipho's personal history would stimulate open dialogue and rich conversations, and this has indeed been the case during DIFF 2016.”

Machen cited “the endemic nature of gender-based violence in South Africa” as another reason DIFF felt it was appropriate to screen the film, even given Mpongo’s history. “This is something we need to talk about,” says Machen. “If the country is ever to heal, South African men need to redefine their relationship with women's bodies and realise that they are not theirs to lay claim to.”

Mpongo’s co-stars, de Wet and Metelerkamp, who maintain that the incident happened outside of the Twenty Journey project and the making of the documentary, tell Okayafrica that they do not defend nor deny Sipho’s actions. “We feel that it is a critical issue that needs to be addressed and spoken about openly,” they write in an email.

For Mbali Matandela, a gender activist based in Cape Town, DIFF’s approach to dealing with a perpetrator of sexual assault and sexual harassment is a mirror of the South African art scene. “When it comes to someone who has done an injustice on black women’s bodies, specifically black women’s bodies in the art space, where [their] work is not valued in the first place, and [the perpetrator’s] art is placed at the center of South Africa’s art scene, that says a lot about how people have this selective amnesia to certain issues,” Matandela tells me. “[Mpongo]’s work can be known as work that is showcasing South Africa, but yet the art isn’t engaging with something so critical to the artist.”

Kagure Mugo, a Johannesburg-based writer and co-curator of the pan-Africanist hub HOLAAfrica!, agrees that South Africa’s art scene perpetuates notions of rape culture not only through silences, but also artistic allowances, particularly in terms of depiction of the female body.

When The Journeymen made its world premiere last month, reviews were mixed. Variety’s Christopher Vourliaswrote that the opening night event was positive and crowdpleasing, and referred to The Journeymen as “a candid snapshot of a nation at a crossroads.” City Press’ Charls Blignaut called it “a very uncomfortable safari.”

DIFF jurors named The Journeymen the festival’s Best SA Documentary, calling it an “unflinching look at who we are by holding up the proverbial mirror to South African society.”

There was no mention of Mpongo’s conviction in their citation.

Dela Gwala, head of the student organisation UCT Survivors, says that awarding those that have been convicted of sexual assault and sexual harassment only serves to perpetuate rape culture. “It communicates the fact that there is no real punishment for sexual violence and no justice for survivors,” she tells me. “The 65 hours of community service that Mpongo received from UCT's disciplinary mechanism is already unacceptably lenient. To then show the work of the perpetrator on one of the biggest platforms in the country and then give it best SA documentary title is a callous and irresponsible choice by those that run the Durban International Film Festival.”

Niamh Walsh-Vorster, a photojournalist living in Durban, contends that although the festival claimed Mpongo’s presence was to create dialogue, the dialogue never really happened. “Mpongo was prompted at the opening night and at various other workshops to ‘testify’ to audiences of his rehabilitation. This is not a dialogue that is a monologue, there were no professional facilitators at talks nor was there any form of consultation with professional people who deal with trauma and rape,” writes Walsh-Vorster.

Three days after the film’s opening, Mpongo took to his personal Facebook page to clear the air.

“In 2015, I was found guilty of sexual harassment at the University of Cape Town and charged with 65 hours of community service,” began Mpongo. “At first I did not know how I could have wronged my classmate as to me it seemed as though this is how things ‘flow’ between a man and a woman, but now I realize that I was very wrong and this subconscious behaviour based on how I grew up in the Langa township with no male role models, most of all without a father, needs to be urgently addressed with introspection and help from other.”

I sat down with Mpongo the following morning in Durban and asked what spurred him to write the Facebook post. He thought for a second and said, "It’s been long overdue. People needed answers because I’m a public figure."

It was a surprise to Mpongo that so few people asked him about the conviction in Durban. “I want people to question me. That’s what I want. Mostly I want people to talk to me about this, to engage. Because it’s not something that can just be put aside."

He hopes the Facebook post will lead to more questions, particularly from women. “I would like people to ask me what they’ve been trying to figure out. Ask me a question, like if you saw something that you didn’t understand about being a black man in South Africa, ask me. I might not have your answer that time. But it will help me to look, to look out for your answers also.”

One of the places people can ask Mpongo questions is his blog, Dear South African Men.

“I’ve been writing a lot, commenting on subconscious behaviour like music, and how music can have so much control over our body. And drugs and alcohol,” Mpongo tells me.

According to Matandela, as someone who has been found guilty, and who has gone through a restorative justice process, Mpongo’s role should be to speak to men who come from communities like him, and who similarly grew up without role models. “They need to interrogate where it comes from and how they want to address it,” says Matandela.

“There needs to be some sort of bilateral dialogue before there can be dialogue with rape survivors and perpetrators in one room,” she adds. “There’s a lot of trauma around that. The psyche of a perpetrator needs to really be interrogated by perpetrators themselves.”

For Mpongo, self-examination was the key to his rehabilitation efforts. “I decided that I would leave school, I would give myself enough time to work and realise what is this,” he says. “Question my upbringing, question role models in my life, question my family, question my mother, question everything.”

“I’m not shying away,” he says. “Hopefully people will bring more conversation around this. So then we can at least find closure, or find the problem.”

Still, South Africa’s men have a long way to go. In January, rapper and role model, Okmalumkoolkat, was charged with assault against a fellow artist who was asleep in her hotel room in Tasmania. “I have served my time in jail in another continent and have endured hardships of the sentence that was handed to me. I would like to move on with my life,” the artist wrote in an ambiguous statement to his fans. Many are left wondering when the star will use his platform to speak out on rape culture.

At the time, Cape Town-based visual artist Lady Skollie had a powerful message for Okmalumkoolkat. “As a self-proclaimed ‘youth influencer’, I had hoped that he would admit his wrongdoing, survey our current rape culture climate. Seize the opportunity to spread a much needed message: I DO NOT CONDONE THIS, DON’T MAKE MY MISTAKES,” she said in an interview with Marie Claire. “Alas, a #SorryNotSorry apology was his response.”

Whether or not you agree with DIFF’s decision to screen The Journeymen, one thing is certain: men, whether in South Africa or elsewhere––perpetrators and non perpetrators alike––must speak up if any meaningful change is going to take place.