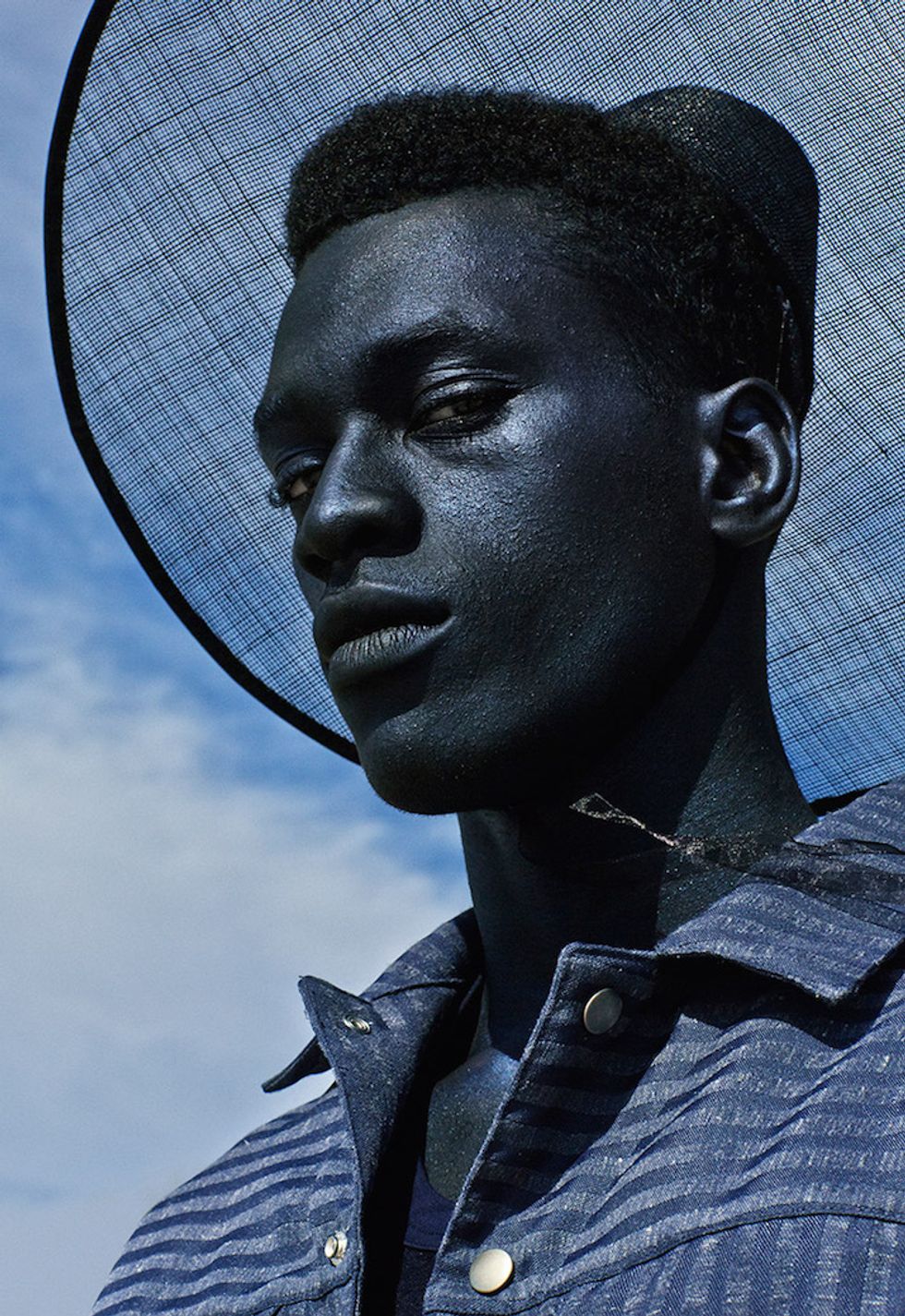 Going into South African Menswear Week (SAMW) earlier this month, East London-born, Cape Town-based designer and very recent graduate Lukhanyo Mdingi had already begun making waves with his stunning minimalist designs and equally breathtaking lookbooks, including this unbelievable collection as part of his final thesis, "Avant Garde Menswear: A Challenge to South African Fashion." For Spring/Summer 2016, the young designer turns entirely to the color blue. According to Fucking Young!, Taintless, which Mdingi unveiled a few weeks back at SAMW in Cape Town, is based on Oriental aesthetics that he uses to blur the line between mens and womenswear. "Instead of pertaining created pieces to one distinct gender, the aim was to create a collection that is for all individuals," the publication says. Launching yesterday on Fucking Young!, the Taintless lookbook sees models Toyin Oneyene (Ice Genetics) and Gandhi Mukiza (Wicked Talent) photographed by Travys Owen and styled by Gabrielle Kannemeyer. See a few shots from the series below, and head here for the full lookbook. Keep up with Lukhanyo Mdingi on Twitter, Instagram, and Behance.