When Will SABC Show Some Respek for South Africa's Young Talent? 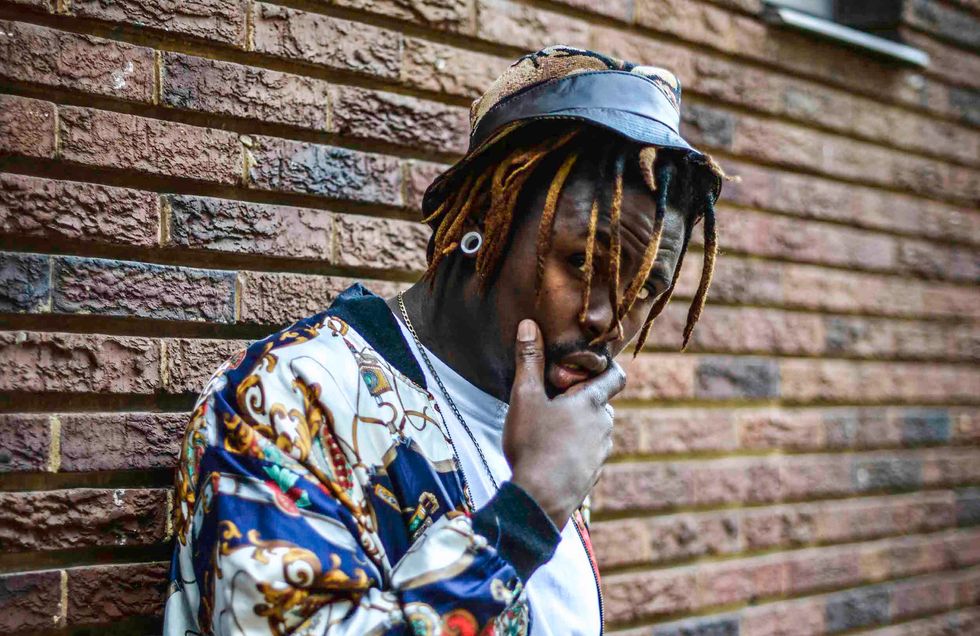 SABC recycling yesteryear hits is a reflection of how backwards South African media is.

Welcome to the first instalment of Cape Town-based music journalist and radio host Sabelo Mkhabela's South African hip-hop column for Okayafrica. In the op-ed below, Sabelo reflects on the first month of SABC's 90% local music quota.

It’s still hard to believe that the South African Broadcasting Corporation (SABC) increased their quota from 35% to 90% local content for its 18 radio stations, overnight. It was a huge triumph for local musicians and fans, both young and old.

After about a month since the announcement, though, the SABC has proven how unprepared it was for this dramatic shift. Listeners have been bombarded with yesteryear hits––like, who wants to listen to Jamali in 2016, bruh?

It’s somehow not shocking that the public broadcaster is doing this. When the announcement was made, the station announced it would be playing mostly jazz, kwaito, reggae and gospel. Like, huh? How many kwaito albums have been released in the past five years? How about house and hip-hop, two of the most popping genres right now? Black Coffee, who’s doing amazing things internationally, just won Album Of The Year at the 2016 SAMAs, and Emtee walked away with Record Of The Year.

There’s a tendency to “play it safe” in South African media––based on what was hot in the past––it’s also happening in politics, but that’s a story for another day. In the case of media, it's understandable. Stations don’t want to jeopardize their viewership and lose money. But the 90% is a huge risk already. Why not go all the way then?

When the 90% quota was announced, me––and I imagine a lot of young music lovers––were expecting to hear more Moonchild, Nonku Phiri, Stilo Magolide on the radio––South African music that’s being made in the present day by young artists.

In a May 2015 article for the Mail and Guardian, “SA Musicians Rap In Vain On Industry’s Door,” Tseliso Monaheng put it this way: “If you don’t let enough new blood in, the scene will become a festering shithole of intergenerational marriages and the subsequent interbreeding it brings. In the past 10 years, the South African rap market has seen a variation of the same faces in different formats.”

It’s exciting times to be a music fan in South Africa, but the public broadcaster needs to realise that Nathi, Vusi Nova and AKA aren’t the only young artists making great music. There’s Solo, Youngsta, Melo B Jones, Priddy Ugly, Christian Tiger School and a whole lot more.

When the rapper Tumi Molekane was asked if the 90% quota meant a drop in quality content, as some people felt, his response was directed to the broadcaster’s archaic tendencies. “They’re scrambling, because they don’t know that Stilo Magolide exists. They don’t know that this other music exists,” he said. “They just know Rebecca [Malope] and Yvonne Chaka Chaka. And that’s their problem. They never had to go look for a Stilo. We had to come to them and beg to get played. Now they must do their job. They must find these amazing artists. I mean, come on, how can someone like Kid X have 500, 00 downloads on a free mixtape, [but get] no airplay?”

This, coming from a man who was touring the world, and wasn’t getting any airplay from national radio for a long time, tells you how difficult it can be for young talent to be given a chance to shine in South Africa, no matter how good. And even with a 90% local quota, it doesn’t look like things will be changing.

The laziness of compilers has just been exposed. The international content that was being flighted before 90% was already sifted for them by international media houses. They were playing songs and artists that had been given a go-ahead by MTV.

Now that the playlists have to be local and curated by them from scratch, they must do the job themselves––sit down, and sift through submissions. As a radio show host for a community radio station I know how daunting a task that can be. It should be worse for a bigger platform–they receive tons of submissions. But that’s what they signed up for, and the fate of a lot of young musicians is in their hands.

Maybe compilers should be going through sites like Okayafrica, TRUE Africa, African Hip Hop Blog, Platform and Texx and the City to get an idea of what new music is being made in this country. Or listen to community and campus stations, whose primary function is to introduce new music. And a lot of them do that well. It’s just that nobody is listening. Shows like 16Bars Reloaded (UJFM), Venrap Radio, Ground Zero (Tru FM), The Mixtape (Alex FM), and a whole lot more, are playing groundbreaking music that’s made in South Africa, but will probably never darken a Metro FM playlist. Judging from how things stand now, SABC compilers don’t have the slightest idea what’s really popping.

SABC's 90% experiment over the past month mirrors my experience as a music writer in a country run by people who still believe kwaito is the main youth music genre. Pitching hip-hop stories to publications, especially print, you always get the "You have to understand that our readership is not into hip-hop" response, unless you're pitching a story on AKA or Cassper.

What does it take for hip-hop to be taken seriously in this country? Wasn’t the first artist to fill up The Dome a rapper? Have HHP, Khuli Chana and AKA not won Best Male at the SAMAs? Haven’t Khuli Chana and K.O won Best Album at the SAMAs? The SAMAs are a measure of an artist’s worth in South Africa, right?

Someone is just not listening to the kids.