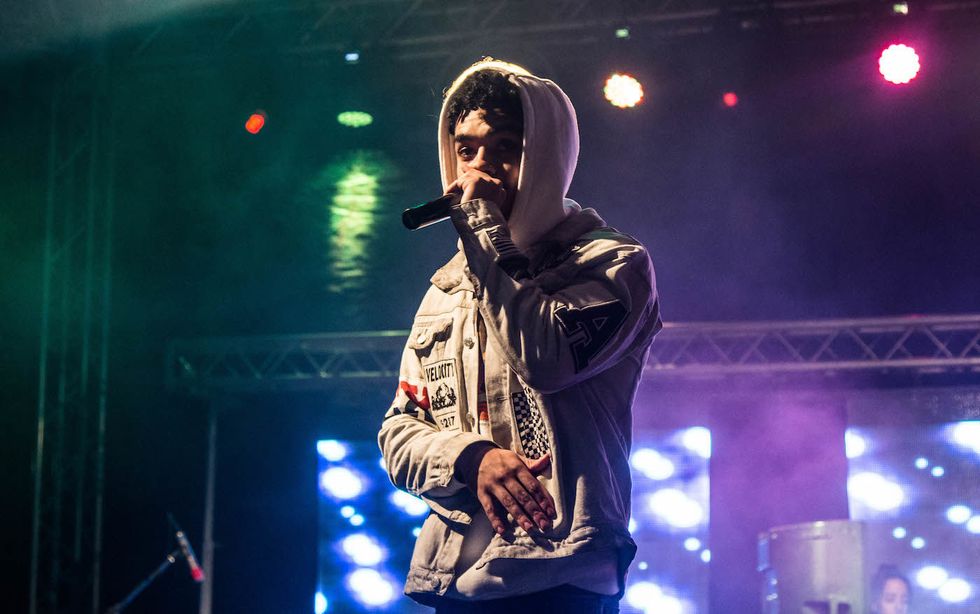 You need to check out these new releases from Maggz, Shane Eagle, B3nchMarQ and Robin ThirdFloor.

It’s been a busy week for South African hip-hop.

Four noteworthy releases came out and brought life to what was an otherwise stagnant year for the genre.

There have only been a few impressive releases in 2017, but the four projects we list below, which came out in the last seven days, have finally made the year exciting.

And with Priddy Ugly, YoungstaCPT and Rouge releasing albums soon, things are only looking up from here.

Maggz For Love and Glory

Maggz was starting to get compared to Jay Electronica. His latest album has been getting pushed back for close to eight years—he released his debut, The Breakout, in 2009 and has been hopping from label to label, but without an album. This morning the Soweto-born rapper released For Love and Glory, and it was well worth the wait. FLAG is a good mixture of club bangers, street anthems and introspective songs. One thing that’s consistent is the bars. Maggz is the smoothest and definitely one of the best in South Africa, and he makes it felt throughout the album, which boasts appearances from Reason, PH, Da L.E.S, L-Tido and KLY, among others.

Lyrical hip-hop is in safe hands in South Africa and Shane Eagle is one of the new generation of lyricists ensuring that. His highly-anticipated debut album, Yellow, is solid. The 21-year-old MC has been likened to the likes of J. Cole and Kendrick Lamar because of the depth and sincerity in his lyrics. Yellow highlights the struggles and triumphs of being young—Eagle is trying to find himself as a young man, and every now and then takes some time to smoke weed, drink liquor and indulge in pleasures of the flesh. And the highly opinionated rapper packages all those experiences in 13 solid tracks. Whatever you do, don’t skip this one.

Durban-based rapper Robin ThirdFloor released his EP Bhotela yesterday. The project is produced entirely by Swiss producer Dejot. Bhotela comes at the right time, as South Africa is celebrating the beginning of spring. The EP is youthful and light-hearted with most songs being about partying and enjoying all the nice things in life. ThirdFloor’s take on rap is a result of where he's from, Umlazi, Durban. His raps are simple, sparse and repetitive, reminding one of Durban kwaito, especiallyBig Nuz. The production is an embellishment of kwaito, with touches of electronic music. OkMalumKoolKat is your best reference point.

Pretoria duo B3nchMarQ have had an interesting year. They parted ways with the label Ambitiouz Ent in what is one of the biggest scandals in South African rap this year. Their latest EP, however, makes up for all the drama and controversy. The producer IceMan Beatz lives up to his name—the beats on ASPEN EP are ice-cold. Eardrum-wracking bass lines and kicks, crisp 808s, airy pads and ethereal background vocals make the project what it is. The duo may not have the best bars, but they made solid songs with great hooks, bridges and verses that go well together. What ASPEN EP gets right more than anything else is feel—vocals and beats blend well together to create one coherent mood for what is one of the best releases of the year.