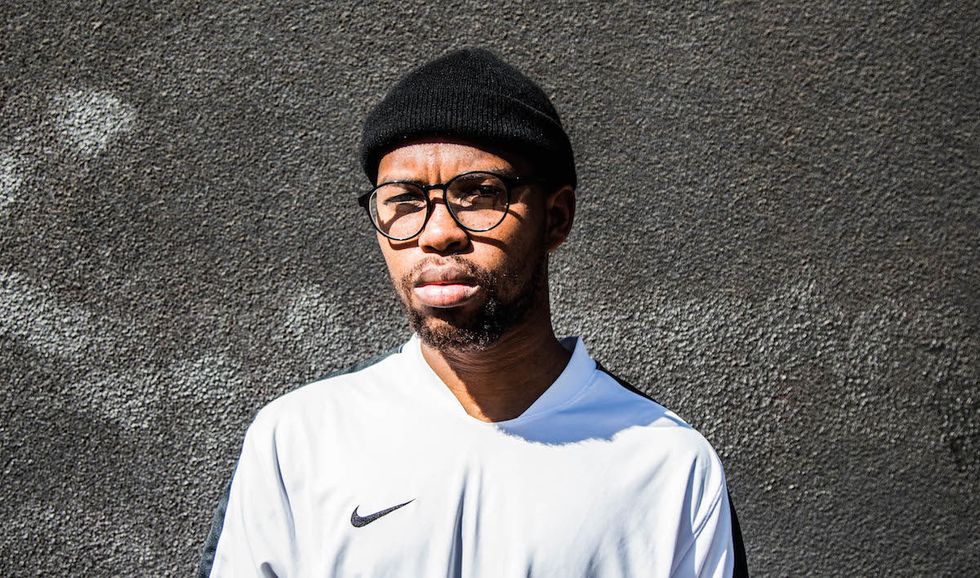 Robin ThirdFloor's latest EP, 'Bhotela' is a cross between kwaito, gqom, electronic and of course hip-hop.

Robin ThirdFloor and his manager Tshepang Ramoba (of BLK JKS) are preparing for the rapper's EP launch at Kitchener's Carvery Bar in Braamfontein, Johannesburg.

I ask the Durban-based rapper, who's also an ambassador for the streaming website Deezer, if he's nervous about the launch and he responds, “not even." ThirdFloor tells me that all that's happening now was planned months prior.

Robin ThirdFloor's music has undergone some changes in the last few years. Earlier, he wasrapping conventionally over beats that leaned towards boom-bap, with some touches of electronic, especially on the single “Rolling Stone." His 2015 EP, Sounds Empty Pockets Make, saw the rapper wear his heart on his sleeve, rapping about being a broke young man staying with his single mother trying to make something out of himself.

But in his recent music, as illustrated on his latest EP, Bhotela, the rapper is having fun. Most of the songs on his new release reference partying, having expensive lunches, and taking his girl out. All these tales are told in a humorous way through a delivery and slang that's similar to OkMalumKoolKat, who's from the same hood as Robin.

Sonically, Bhotela is a cross between kwaito, gqom, electronic and of course hip-hop. Apart from his hood Umlazi, which has a crazy dance scene, he cites artists such as Mzambiya, Mshoza, Msawawa and Big Nuz as his biggest influences.

A trip to the US for a performance at SXSW earlier this year had a huge impact on the rapper. “The whole experience of being removed from the local scene for a while, I've seen it with dudes," he says. “But I didn't think it would happen to me that it inspired change. I'd question why guys would go overseas and then come back and embrace their roots more in terms of their image."

He says he realized how little Americans know about our cultures and us as a people. “So when you get there," he says, “you get asked 'you from South Africa, what tribe are you from? Do you incorporate your culture in your music?' And then you are like, 'well, not really.' And that's when you see that music is a way to tell the story of where you from. And if you can't do that, in a way, to them it's like you are just doing your music and not teaching us about where you're from. But the artists who do that, get more attention."

So on Bhotela, Robin ThirdFloor is doing just that. Breaking down the EP, the rapper says, “I'm having fun and telling stories of where I'm from." The title refers to him and other “different" kids from the hood being misfits. “If you were a hip-hop head or just did things differently in the hood you were called that name," he says. “So I took the term and owned it. I'm making the kids behind me get comfortable with being different."

From his accent to the gold on his front tooth, Robin embodies the sauce of Umlazi. And his music is an extension of that.

“At Umlazi," he says, “you can rap about whatever, but the music has to have a groove to it. Guys like Big Nuz paved the way in terms of the sound. I wanted to do something similar, but with a hip-hop element. I'm always trying different things. If you look back at my discography, the different sounds I did, resemble the mind state I was in at the time."

Crafting this sound, Robin ThirdFloor deployed the services of Swiss producer Dejot, who produced all but one song (the lead single “Somdanger") on the project.

“I played [Dejot] a lot of kwaito," says Ramoba, who's lurking around the venue; he sits with us for a moment before moving on to chat with the venue's staff. “I gave him a couple of names to collaborate with and then got to work with him in studio."

“I showed him (Dejot) around the hood and started recording," says Robin. “We did, like, three or four tracks together in studio, and the rest it was just him sending beats."

Bhotela is a decent release that electronic music festival-goers would eat up—which isn't far from what ThirdFloor wants the project to do. “I would really love to travel more," he says. “That's my intention. With this EP, as I said, I'm telling stories of where I'm from, and I want to tell those stories to people who aren't from where I from."

After a few years mourning being overlooked in South Africa, Robin ThirdFloor is finally at peace. “It used to make me angry. Me and ByLwansta, same WhatsApp group," he says with a chuckle, making hand gestures. “But then I realized that not all our journeys are the same. If you are doing something different, then your journey is tailored in a different way. So if you don't get played on radio, it's cool, maybe your journey is taking you elsewhere, and you can't really fight it. If you fight it, you are straining it, and it's not good for the creative process."

Which is not necessarily to say he's giving up on South Africa, or he doesn't care about getting love from home. His opinions on the local scene are interesting, he feels it could use more inclusivity and variety. That way, maybe him and other like-minded artists could be accommodated.

“For example," he says, “in the US, 2 Chainz and Tyler, The Creator are doing something completely different, but they are both successful, and they can be put on the same line-up. I feel like we need that, where an AKA would be on the same line-up as a ByLwansta and get the same response. Even in terms of media push, be treated the same. I feel like if we get to that point, everyone who follows would have the freedom to be themselves, because right now, I feel like there are artists who are forced by circumstances to subscribe to a certain sound."

Well, ThirdFloor is neither subscribing to the incumbent trap sound nor making boom-bap to please insufferable hip-hop heads. He's okay with his music being categorized as electronic and alternative. “Those are the people who are more open than hip-hop heads," he says. “Hip-hop heads are on some, 'Yo, galaxy, fallacy, Hennessey…" He chuckles.

It's refreshing to find an artist who isn't trying to please everyone, but knows his niche and serves it well.