12 Dope South African Albums & EPs That Came Out This Month 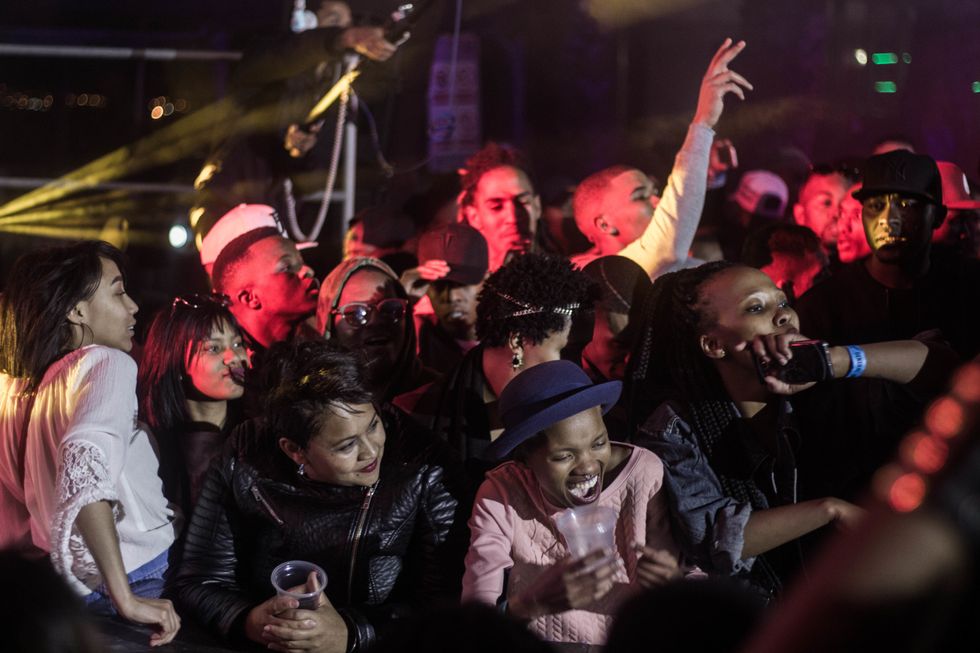 Including albums by Prince Kaybee, Windows 2000, TTGO and Sipho The Gift.

Every month, we list South African albums that impressed us across all genres. This month saw a slew of releases from the likes of The Big Hash, Prince Kaybee, TTGO, Windows 2000, Sipho The Gift and a whole lot more.

Below is a list of those SA albums that we fell in love with this month.

With his third album, SA house music mainstay Prince Kaybee proves he's not a novice. Re Mnino is packed with single prospects and deep house bangers that will come in handy at the club or anywhere you choose to shake what your mama gave ya.

TTGO released an exquisite debut album that showcases his effortless rapping and use of melodies over fitting trap production. The MC delivers every word like he means it, and clearly had a chip on my shoulder, going into the album, and it results in a combination of hunger and intent to prove oneself.

Nonchalant delivery over deliberately imperfect trap production consisting of distorting and off-beat basslines. Perfect for a mosh pit and for a dose of inspiration delivered privately to your headphones.

Golden Black is a trio that sees nothing wrong with each member celebrating their individuality. That translates into a great listening experience due to the versatility in production—from soul samples to high tempo pop ("I Need You")—not to mention the trap flip of Wu Tang Clan's classic song "C.R.E.A.M" on the Zakwe-assisted "Cream." The production is mostly trap, but it's these little nuances and interpolations that make it stand out. And bang hard.

In his latest album, Sipho The Gift meanders between introspective ("YOuNG and LAZY," "ANYWHERE," "EGO DEATH") and street ("BOY," "Kwedini," "LASPHuMA KHONA"). Sonically, the album is mostly trap and old school kwaito with some live instrumentation giving it a richer sound. Singers Lucille Slade and Moulan sprinkle some souls in the songs they appear in "YOung AND LAZY" and "iNFORMECiALS iNTERLuDE."

The fourth in the series that started in 2016, Amapiano Volume 4 continues where the last three left off–the compilation aims to expose up-and-coming producers in the latest subgenre of house—amapiano—to take South Africa by storm.

Titled Kwaito Dilla Jazz is an EP by the newly formed band SPAZABASS which celebrates the legacy of J Dilla. Their eight-track project consists of interpretations of some of Dilla's most iconic productions. Slum Village's "Fall In Love" and "The Look of Love," A Tribe Called Quest's "Find A Way," Erykah Badu's "Didn't Cha Know," and a few others, all take a kwaito form on Kwaito Dilla Jazz. The band played around with the same samples Dilla used on those beats, chopped them and placed them between those bouncy old school kwaito rhythms, and not without a touch of jazz by way of live instrumentation and the boundless approach to production. Think of The Roots' Dilla Joints project, just without the kwaito. The production is reminiscent of the rich soundscape that sways between house and kwaito with touches of jazz.

Rez Proph doesn't chase trends. He's an expressive and technical lyricist, and in his debut album, he gives you just that. Boom bap production plays the perfect backdrop for the man to tell his story and showcase his skill (it's not safe for whack rappers). Pictures I Didn't Instagram is an album that doesn't try to be everything at once, if you are into backpack boom bap hip-hop that combines beats and rhymes seamlessly, just press play.

ASAP Shembe's latest EP with the producer Bluu Cheese blends the dilatory maskandi melodies with jazz and trap production. Iskhathi Umthakathi is moody and warm, with the beats creating a cloudy atmosphere for ASAP's singing and rapping.

YoungstaCPT's debut album is centered around being Cape Coloured, living in Cape Town. He raps about the crime in the city's ghettos, institutional racism, colonialism, and celebrates Coloured identity and interrogates his race's place in modern day South Africa.

ByLwansta's first project in three years, and he's sharp as ever, both as a lyricist and producer. SPIJØNGET consists of four well-crafted songs that feel the way the MC felt when he recorded them.

One of the most potent lyricists from South Africa's new wave of hip-hop artists dropped a solid debut. If you appreciate banging beats and have a taste for lyricism, Young will please you from the first to the last song. The Big Hash isn't here to play.