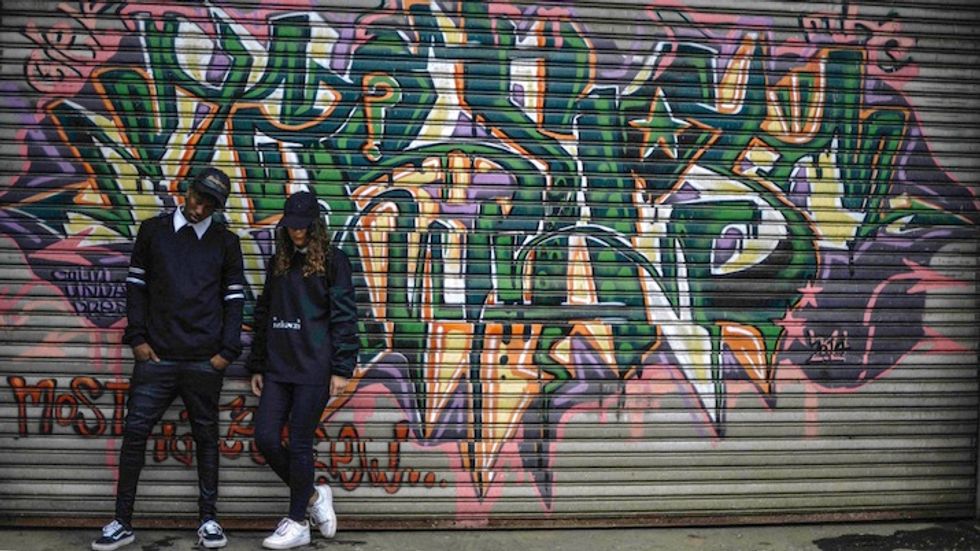 When last we heard from Anthony Bila (aka The Expressionist) he was commemorating the 1950s in Soweto with the third installment of his Black History March series. Now, the South African artist and street style photographer has shared his latest project, a conceptual shoot in Johannesburg which he collaborated on with designer Didi Simelane. With disˈtōpēə, Bila imagines street culture in a gloomy, near "futuristic" Joburg.

"I conceptualised this shoot with designer Did Simelane, who has a penchant for futuristic landscape that are simultaneously from the future and the present, because in reality, there is no, future, the future is now," Bila explained in an email. "I looked for location in and around Johannesburg that would lend themselves to complimenting this idea and Didi's clothes." He added, "I also imagined that we are not far off from a dystopian reality with the world in socio-political turmoil at every turn, so this was the basis for the editorial: disˈtōpēə, which by definition is, an imagined place or state in which everything is unpleasant or bad, typically a totalitarian or environmentally degraded one."

For more from Anthony Bila, see his 2015 volume of Black History March, plus his "20 Faces of Joburg Street Culture" from STR.CRD 2013. Keep up with The Expressionist on Facebook, Instagram, Tumblr, and Twitter.