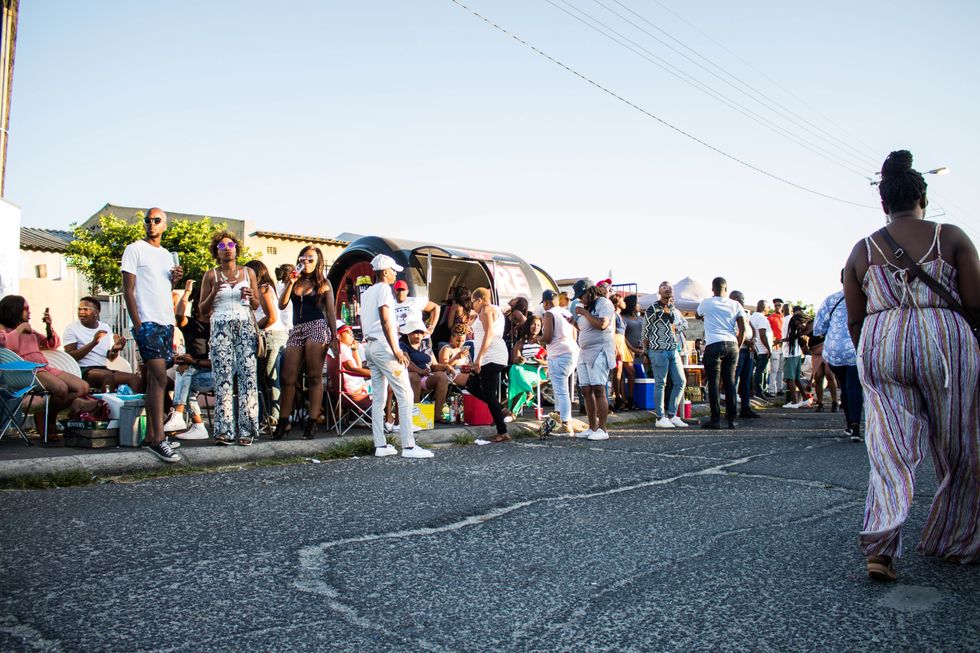 These are the hits South Africans will be losing their morals to this December.

In summer, especially the month of December, South Africa becomes something else.

December (or should we say Dezemba) is a lifestyle of some sort, where people forget about their troubles, work… pretty much everything and become shamelessly hedonistic—and we are totally here for that.

But there's nothing that makes Dezemba more memorable than the songs of the summer. It's those songs that are a permanent fixture on every South African's playlist as they take a break from a long and stressful year (2018 has been a lot!).

Below, we list some songs that have potential to be the soundtrack to December in South Africa. Some have already picked up in the past few months, while others are teeming with potential.

Follow our SA Songs of the Summer playlist on Spotify and Apple Music.

"Malwedhe" came from nowhere and staged a coup on the game. It comes with a dance that has travelled across the continent, without any formal promotion. King Monada has clearly cracked it—last year he did the same with "Ska Bhora Moreki," which was the soundtrack for the summer. Love or hate "Malwedhe," you will be forced to hear it everywhere you go, and chances are those close to you are fake-fainting and posting videos on social media. And you just might get on with the program, too.

If you are living in South Africa, chances are you hear this song more than once in a day. "Banomoya" has the gqom hit secret weapon, singerBusiswa doing what she does best—vocal acrobatics and intentionally crass lyrics.

Afrotainment's latest signee Dladla Mshunqisi has one of the hottest house albums out, Umshunqo. "Ses'fikile" is the fan-favorite, and it's not hard to tell why—it has all the makings of a gqom hit: big drums, a looped synth and a chant on the hook.

Another gqom firestarter, "iWalk Yephara" features diverse guests from the rapper K.O to singer Moonchild Sanelly. The artists share a pleasant beat that leads with a hollow synth creeping under those big drums you hear on your favorite gqom hits.

"Vatel" has an overt old school kwaito influence, so much that it's more hip-hop than kwaito. Producer Lunatik emulated kwaito veteran producer Mdu's production style—keys and a clean bass line—and Moozlie and Kid X laced it with catchy verses and a hook that are easy on the ear. A serious vibe.

Another hip-hop song that flirts with hip-hop, "Sgubu" sees Bigstar Johnson and Kwesta celebrate pantsula culture. They recycle lines from TKZee and use the hood slang that Kwesta is fluent in. "Sgubu" is mid tempo and resonates with those who experienced kwaito in the 90s and early 2000s.

AKA gave Tido one of his catchy vocal hooks on "No Favors," which sits perfectly over Tweezy's minimalist yet rich instrumental. "No Favors" uses the tried and tested formula of making mega hip-hop hits in SA, and that's adulterating the genre with kwaito.

AKA ft. Kiddominant "Fela In Versace"

AKA - Fela In Versace ft. Kiddominantwww.youtube.com

One of the biggest songs on SA radio this year, "Fela In Versace" has been topping the charts since it dropped a few months ago. "Fela In Versace" is a hybrid of pop, afrobeats and hip-hop, and unlike many crossover hits, it satisfies all those markets. The track caught fire towards the end of the winter, and we are still jamming to it in the summer.

Manu WorldStar's pop crossover hit is a smash hit, and will sure pack dance floors this December. "Nalingi" has all the makings of a hit—a catchy one-liner hook and a beat that's as smooth as it is catchy.

Sampling kwaito legend Doc Shebeleza's "Gets Gets," "Gets Getsa 2.0" by Cassper Nyovest is one of the most ratchet songs that came out this year. Again, a mixture of kwaito and hip-hop yields a song that works in shebeens and clubs alike.

Probably the most direct song of the year, "Abantu" is way up Dr Malinga's early output—it's a song about spending your money on booze and achieving happiness, in that order. That's exactly how December goes. Samthing Soweto's smooth vocals always sit perfectly over deep house beats, and "Abantu" is no different.

"Drive" is the perfect song to bump during a road trip (try it). Just like most deep house songs, "Drive" is an oxymoron as it's both laidback and catchy. "Drive" is already a staple on radio and people's playlists.

When December hits, hip-hop usually takes the backseat as house takes over. But Kwesta always holds down the fort—he's been doing it for the past two years with "Ngud'" and "Spirit." With "Vur Vai" having hit a million views already, he has clearly cracked it, and has one of the biggest songs of the year that people are already losing their morals to.

"Eyadini" features a catchy vocal hook, which make the song. It also comes with some raps from Saviour Gee. Dason's singing is reminiscent of maskandi, but it sounds at home over a gqom beat.

"Skeleton Move" is a melodic house banger that has been growing in popularity since it dropped earlier in the year. It's the type of song that your neighbor is highly likely to have on repeat throughout the festive season, and as a result forcing you to fall in love with it. The beat didn't even need vocals—it could stand alone as an instrumental house jam and still become a hit. But the vocals don't sound out of place either.

Follow our SA Songs of the Summer playlist on Spotify and Apple Music.