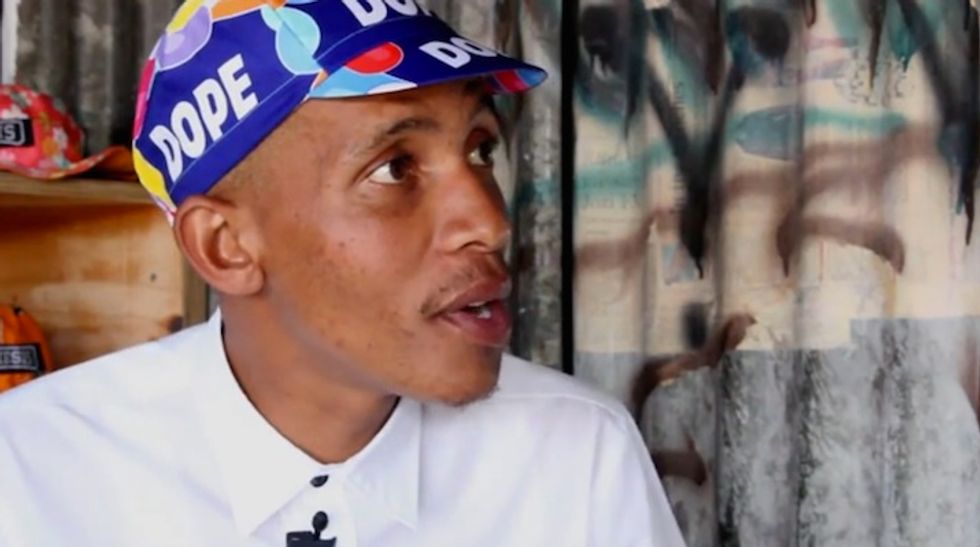 Soweto Rising is a new mini-documentary from South African filmmakers Noxolo Mafu and Lilian Magari. The project, filmed over a two-week period, captures Soweto's role as a rapidly evolving hub for creative expression in the midst of socio-economic change. Billed as a "dialogue on Johannesburg Street Culture," the 23-minute documentary also highlights the renewed sense of hometown pride and personal identity emerging in Soweto. Personal interviews with key figures in the township's artistic scenes, such as Mkay Frash of Boyznbucks, streetwear label head Wandile Zondo, and izikhothane personalities Don Dada and King Mosha, round out the film to make Soweto Rising a quick yet compelling look at street culture in the birthplace of kwaito. Read a brief synopsis of Soweto Rising and watch the entire film below.

Soweto Rising is a cutting edge urban street culture film which tracks the influence of Soweto as a former “township” space on the pulse of contemporary street culture in Johannesburg.The film provides a fast paced, gritty yet colourful experience of the Johannesburg contemporary cultural scene and initiates a dialogue around the experience of street culture through the eyes of well respected creatives and trendsetters in around Johannesburg. Filmmakers Noxolo Mafu and Lilian Magari sat down with Soweto’s very own Wandile Zondo (co-founder of the clothing concept store, Thesis), Mkay Frash and widely publicised Izikhothane members such as Don Dada , as they share insight on their experience of the city.The film provides an authentic view of the city from sneaker heads to izikhothane in a way that tracks the infectious pulse of the city.