In Obama's State Of The Union, Africa Is A Place Of Terrorism, Hunger And Disease 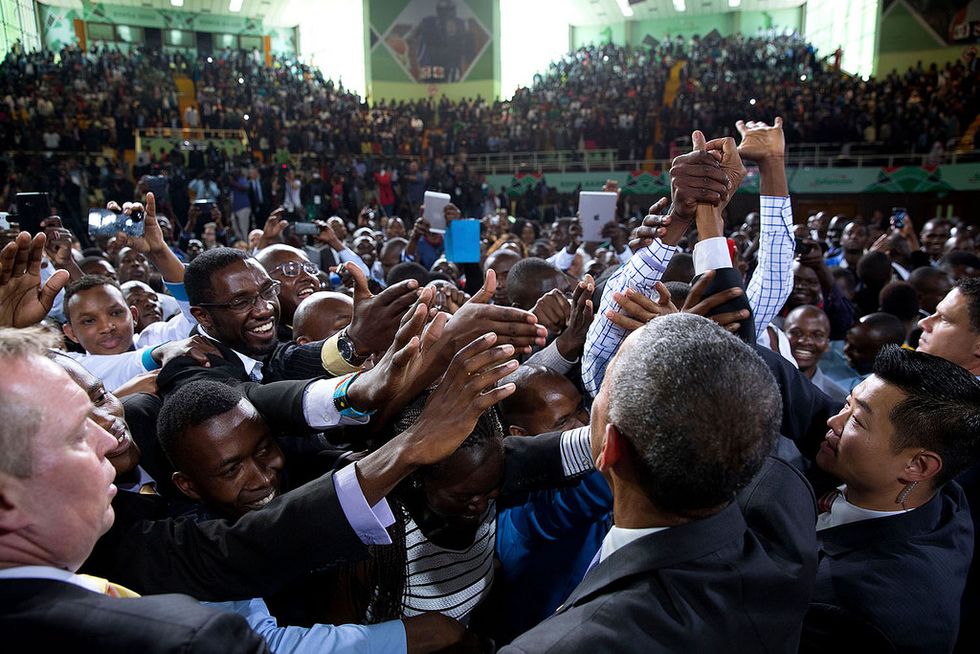 In last night's State of the Union, Obama described Africa as a place of terrorism, hunger and disease. We can do better.

If you’re like me, you listened to Obama’s State of the Union speech last night entirely by accident, on the radio, while reheating leftover beans. I usually don’t have much patience for this kind of political theater, but Obama’s foreign policy section gave me shivers.

The United States of America is the most powerful nation on Earth. Period. It’s not even close. We spend more on our military than the next eight nations combined. Our troops are the finest fighting force in the history of the world. No nation dares to attack us or our allies because they know that’s the path to ruin.

The disembodied roar of the crowd from my subwoofer as he said it, gave Obama’s words an extra edge. The great uniter has really perfected his tough-guy routine over the years.

Africa got three shout outs. First, as a space to defeat ISIS and other terrorist groups, second as the place where “we,” the United States, militarily defeated Ebola and third, the place Americans are saving from the scourge of HIV and famine.

While most foreign policy wonks rightfully jumped on his description of Middle Eastern conflict as dating back millenia, African politics Twitter just seemed bummed. In a world of social media outrage and posturing, most people seemed authentically disappointed in Obama’s characterization of the continent:

Obama's references to Africa as a place of disease + poverty in #SOTU speech much like USG Africa policy in general: outdated and unserious

"When we help African countries feed their people and treat their poor..." Isn't there ever another way to talk about Africa? — Howard French (@hofrench) January 13, 2016

Disappointed to hear #Obama speak of Africa in terms of helping sick & feeding people. There is a whole lot more going on in #Africa. #SOTU — Karen M Mafundikwa (@KarenMediaMaker) January 13, 2016

Two things I didn't like in #Obama's #SOTU speech: "helping #Africa feed its poor/treat its sick" "ancient hatreds in the #MiddleEast"

Everyone, of course, except for The Times’ Nick Kristoff who seems to think the Ebola comment was accurate: