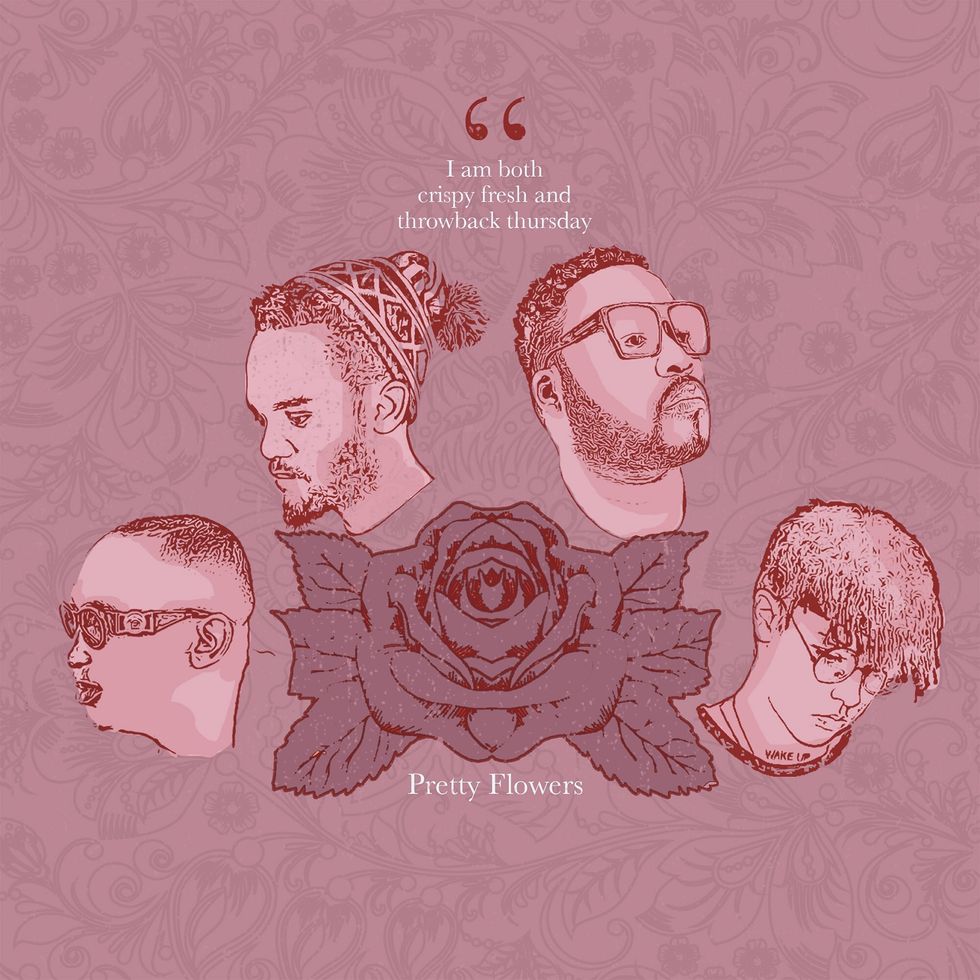 On his latest single, titled "Pretty Flowers," South African rap legend Stogie T ropes in Kwesta, Maggz and J Molley. The latter delivers the vocal hook that gives the song a modern feel, while the three MCs spar with polished verses like the veterans they are.

"Pretty Flowers" is produced by Tru Hitz and Cokayn, who have been producing for the MC since he started rapping under the new moniker. The beat is midway between boom bap and trap, with a head bobbin' rhythm and 808 snares.

T raps on the first verse, "The young'ns love me for the Hermes/ These old niggas hatin' in the worst way/ 'cause I am both Crispy Fresh and Throwback Thursday," to remind you of how his career has transcended time, and that he's part of the conversation across both the old and new generation of SA hip-hop. He then plays around with words, but we won't spoil it for you, it's always dope when you pick up the Easter Eggs on your own.

Maggz, in his verse, talks about being under appreciated in the game. "They quick to celebrate everything that you flawed with/ Only make you a legend when you step in the coffin," he raps.

Kwesta's wordplay stays unmatched. Peep, "Pretty flower, how you've grown/ I wonder if you had rose if I ain't dropped these flows/ You started from the bottom, that's fresh/ You know before you got here, you was on a young'n quest." Hint: Kwesta used to rap as Quest before he stylisized his name to what it currently is.

"Pretty Flowers" is for those who appreciate lyricism, as all three MCs delivered stellar verses. It's not often that we get collaborations that span different generations of hip-hop in South Africa such as this one.

"Pretty Flowers" is the second single to Stogie T's upcoming mixtape Honey & Pain, which will feature the likes of YoungstaCPT,Rouge, Ayanda Jiya, Lucille Slade and Mike Classic, among others. The project is out September 14.

Listen to "Pretty Flowers" below and download it here: