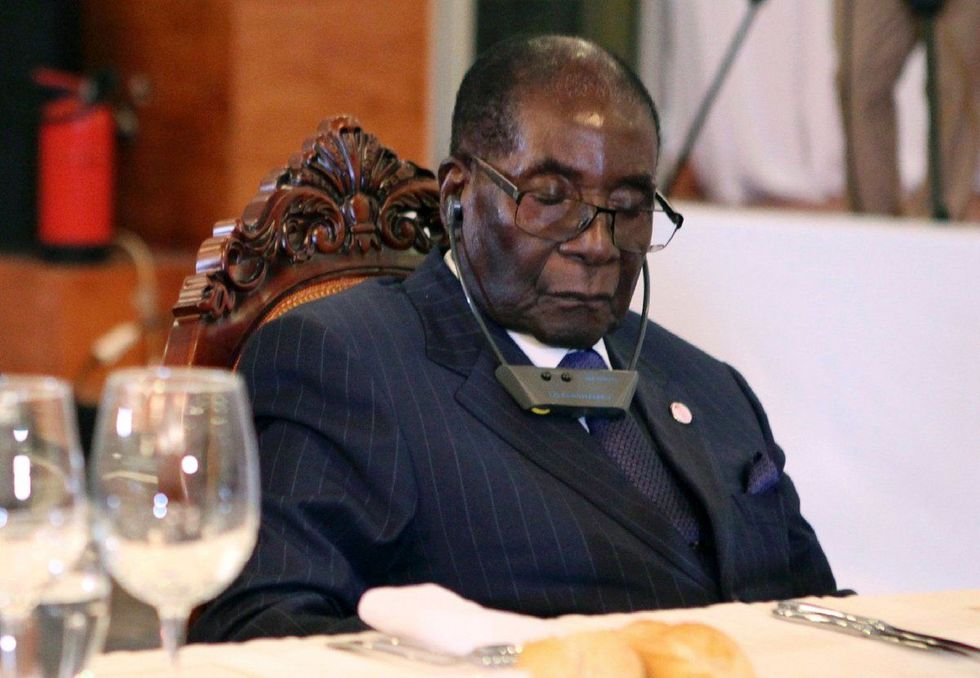 Get your daily fix of what's hot on the continent and the diaspora, May 12.

SIERRA LEONE—The second largest diamond ever found in Sierra Leone, was up for action on Wednesday (May 11), but the bids, which reached 7.8 million dollars, did not meet the minimum asking price of 50 million dollars.

A re-auction is being planned in “The Diamond Capital of Europe,” Antwerp, Belgium.

The massive diamond was found by a Sierra Leonean pastor, Emmanuel Momoh.

"I want my diamond to be sold abroad so I can get the best price to enable many people to benefit from the proceeds," Pastor Emmanuel Momoh told AFP. Read the full story here.

ZIMBABWE—Robert Mugabe has been accused of falling asleep in meetings, but his spokesperson, George Charamba, has claimed that the president is “not sleeping, just resting his eyes,” says government spokesperson Geroge Charamba. "The president cannot suffer bright lights," he continued.

SOUTH AFRICA—Three students have been suspended at Stellenbosch University in South Africa, after posting Nazi-inspired posters on campus boards, reports BBC. The university will continue its investigation in the meantime.

“I have decided to suspend the three students suspected of misconduct while disciplinary proceedings are ongoing,” says Vice-Chancellor Wim de Villiers in a press statement.

“We will continue to take a stand against racism and unfair discrimination, and promote human rights, equality, human dignity and democracy. This we do in accordance with our own policies, as well as our commitment to the Constitution of South Africa and the Bill of Rights that it enshrines.” Read the full statement, here.

SOMALIA—The World Health Organization (WHO) has released a call to action in response to the drought and widespread famine facing the people of Somalia. WHO is concerned by the chronic shortage of funding for, read a news release. “Drought in Somalia led to the destruction of crops and livestock, leaving more than 3.3 million people hungry every day. If the current situation continues, famine could soon be a reality, creating a devastating cycle of hunger and disease as the health of people deteriorates and they become more susceptible to infection.”