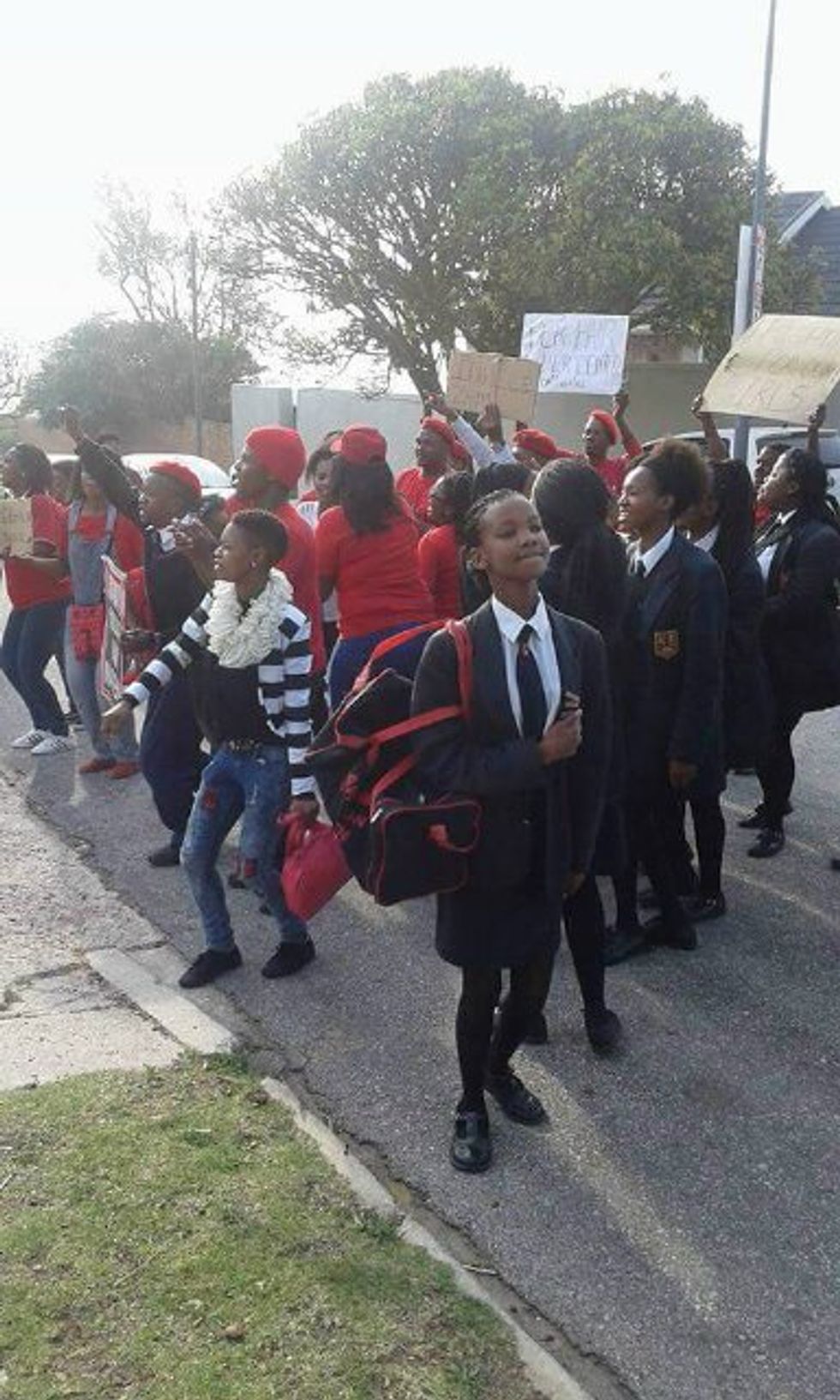 One senior alleged she has been told her hair is “disgusting and smelly.”

It’s 2016, people. Can we stop policing black people’s bodies and their natural hair? Please for the love of God. If you have a problem with either, look the other way. Or better yet, work on yourself.

Students at a second school, Lawson Brown High School, in Eastern Cape are railing against anti-black policies that aim to police their beautiful natural hair on Monday, according to The Citizen.

This follows protests that began over the weekend led by students at Pretoria High Schoolin response to allegedly racist and out of turn remarks from teachers about the “untidiness” of their natural hair.

Lawson Brown High School senior Unathi Gongxeka, who prefers to wear her hair in an Afro, says she felt “violated and victimized” when teachers allegedly issued an ultimatum that she either straighten or tie up her hair or be barred from taking the matric trial exam.

“He told me to go to the teacher who is in charge of the hair committee to ask if my hair is appropriate. I was told to neaten it,” Gonxeka says according to Herald Live. “On Friday again I was sent to the same teacher who told me to tie it into a ponytail or push it back somehow. The teacher then told me to relax my hair to make it more beautiful. The teacher then started putting her hands into my hair, saying she will make it pretty.”

Gongxeka has refused to chemically straighten or alter her hair and is determined to sit for her English exam.

Another senior Sihle Zinganto reportedly has alleged that teachers said her hair is “disgusting and smelly.”

Lawson Brown High School principal Donovan Cairncross has denied racism is at play in Gongxeka being targeted, and has gone as far as denying that she was advised to straighten her hair, maintaining that the school’s code of conduct regarding hair is a longstanding one and applies to all students.

“Children can be defiant and are always wanting to push the boundaries. If [Gongxeka] comes to school with her hair in the same way we will have to see what the code of conduct states,” Cairncross explains. “We are looking at every aspect of the school uniform, from hair to clothing to nails.”

Students in support of Gongxeka, some donning Economic Freedom Fighters (EFF) uniforms, sung a freedom song and have demanded an apology from the school.

The incident has spilled over to social media under hashtag #LawsonBrownHighSchoolwith many, including a number of African men, expressing outrage and posting videos of the student rally.

Grade 12 learner Sihle Zinganto in tears, says she was told her hair is "disgusting and smelly" #LawsonBrownHighpic.twitter.com/Mquo4o8mHD

Students speaking at the assembly pic.twitter.com/H81H16dnUK

Unbelievable scenes at #LawsonBrownHighSchool students are demanding an apology from the principle @AfriNewsAgencypic.twitter.com/DftWDYpWbe

Students in protest are singing in the school hall #LawsonBrownHighSchool@AfriNewsAgencypic.twitter.com/dV3RpqZMCi

Africans fighting to be African in Africa

To be a black girl child in 2016 seems like a curse #LawsonBrownHighSchoolpic.twitter.com/JDdbZOUVrm

This is super sad #LawsonBrownHighSchool#RacismStopsWithMepic.twitter.com/x31fKCEsb0

#LawsonBrownHighSchool I don't think some white individuals Will change in order for them not to be racist. pic.twitter.com/nsjlatgWqG

Watch the video below to learn more about what's happening at #LawsonBrownHighSchool: