Sudan Archives Is Back With a Chilling New Video For ‘Confessions’ 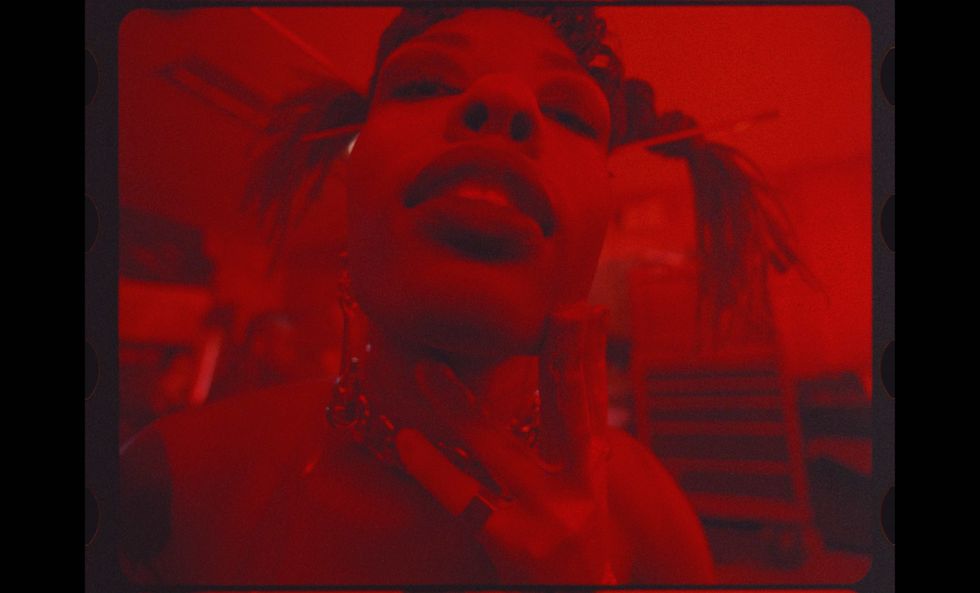 The violinist unveils two tracks off her forthcoming debut album, Athena, in one video.

Sudan Archives, the multi-talented artist and violinist known for blending genres and hypnotizing beats, has struck once again with an impressive–if not a little trippy–new video.

The video for "Confessions" features the artist shedding her iconic afro for a partially shaved head and long microbraids with green ends. The combination of her hair and the bodice she's rocking conjures images of if X-men's Storm and Wolverine had a child born on Halloween. Fitting, given the artist always delivers music with an eerie, futuristic and divine presence. Confessions is no different.

The track features a signature, infectious Sudan Archives looped-beat beneath a entrancing violin, with the artist's airy vocals casting seeming incantations as lyrics. She speaks on inner revelations and dark secrets, as the song's title would lead you to believe. But there's an egotistical element to the admissions that makes the track much more intriguing than a diary entry.

The video has a girl-gang of extraordinary characters in very mundane environs–causing a bit of cognitive dissonance. The entire song and video seem to be about the illusions of truth and double-sidedness. As Sudan said herself about "Confessions" in a press release, "It is about being the seduced and the seductress, it's about God & the Devil, Yin & Yang and about the possibility that we might have it all wrong about the two."

The video's director, Nathan R. Smith, commented on the purpose of the vid's alt-y girl-gang, "We wanted to showcase female excellence in a unique and dynamic way. The world these women live in is aesthetically bleak but they bring beauty to it through their positive vibe and energy."

As an added bonus, the video transitions into a sneak peak of another new Sudan Archives song, "Black Vivaldi Sonata." It's hard to tell who to root for as Sudan's character seems to go from victim to predator–another dichotomy revealed.

Both "Confessions" and "Black Vivaldi Sonata" are on her coming debut full length album, Athena, out November 1st on Stones Throw Records. Check out the video and the teaser at the end below.