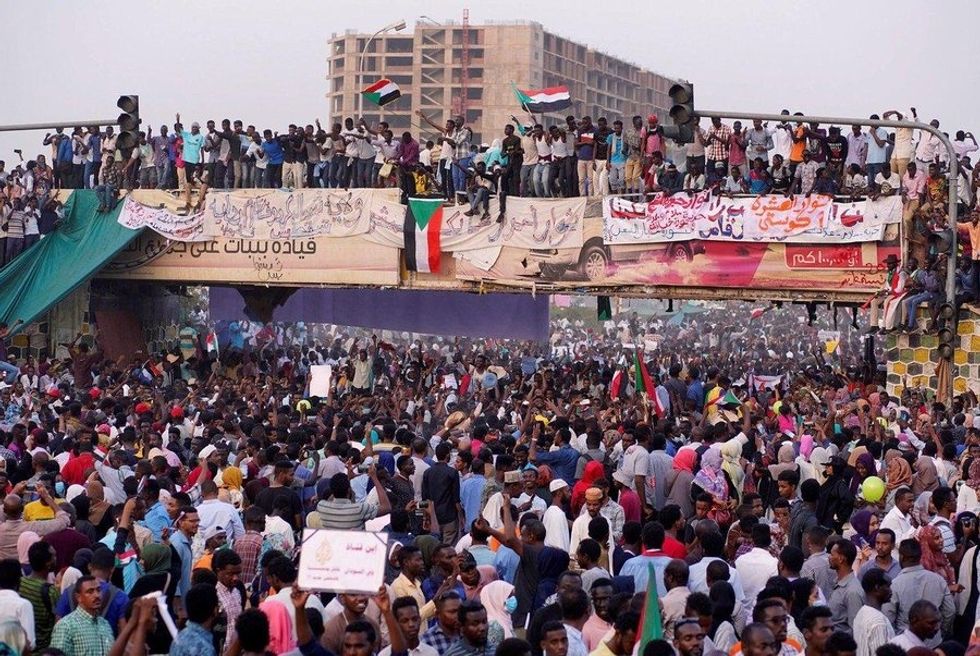 The military leaders who led the coup in Sudan Thursday say they expect the pre-election transition period to last much less "if chaos can be avoided."

The Sudanese military leaders who led Thursday's coup resulting inOmar al-Bashir's ousting have attempted to reach out to protesters in lieu of their concerns, BBCreports.

Protesters have continued demonstrations after General Mohammed Ahmed Awad Ibn Auf announced that the military would oversee a 2-year transition period with elections to follow. His statement did not bode over well with the people, as they demand that a civilian council lead the transition instead. They also fear the military leaders are too closely connected to Bashir. Revisit more of their responses here.

General Omar Zain al-Abideen, head of the military council's political committee, says the leaders' only concern is public order, and that they expect the pre-election transition period to last much less than 2 years "if chaos can be avoided," Reutersadds.

“Every hour further confirms that it’s not just the protesters who are against this military council; the officers… https://t.co/JJJXjfXwRX
— Munchkin (@Munchkin) 1555078701.0

al-Abideen adds that the military council would not interfere with a civilian government, though the defense and interior ministries would be under the council's control. He notes that the council plans to hold a dialogue with the protesters, as they have "no solutions to Sudan's crisis" but the solutions would come directly from the people.

"We are the protectors of the demands of the people," he says. "We are not greedy for power."

"We will not dictate anything to the people. We want to create an atmosphere to manage a peaceful dialogue," Abideen adds. "Today, we will hold a dialogue with the political entities to prepare a climate for dialogue."

Reuters notes that the Sudanese Professionals Association doubled down on its demand for power to be immediately handed over to "a transitional civilian government."

The military adds that it will not extradite Bashir on war crimes charges—he may instead be put on trial inside Sudan.