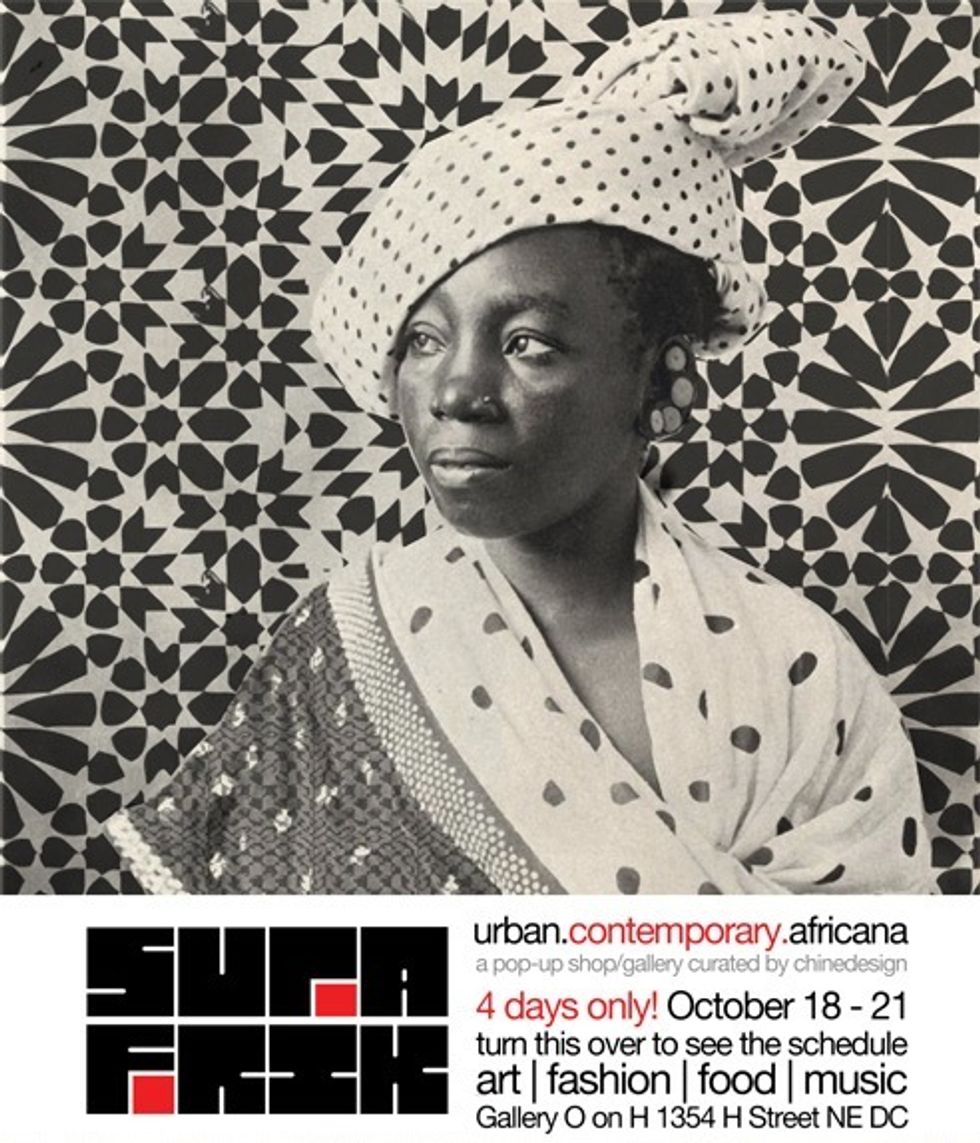 Supafrik is the brainchild of Toronto fashion designer Chinedu Ukabam of the clothing label Chinedesign. Chinedu travelled to New York, Paris and London to collect some of the unique items for sale at SUPAFRIK — a journey which was documented on his blog.

Supafrik will also feature homeware by Shine Shine (Cape Town, South Africa), made-in-Africa sneakers by Paris-based SAWA, and graphic tees by the Parisian multimedia collective AITF (Africa Is The Future). The gallery will also feature the work of visual artists such as Kalkidan Assefa whose work is inspired by musical icons such as Fela Kuti and Nina Simone.

Supafrik will double as a space for programmed events over the four days that it takes over Gallery O on H. These will include the Thursday fashion show (featuring the MRKSH collection and a performance of new material by Grammy nominated singer/songwriter and DC native Wayna) , an Afro-House shopping party and a food tasting event to sample an afro-fusion “designer” food menu. Head their website for the full calendar of events.

*** Brand new Okayafrica t-shirts and hoodies will be on sale at Supafrik's pop-up shop — our new collection is up for viewing at the Okayafrica store now. See the full flyer below for more information.