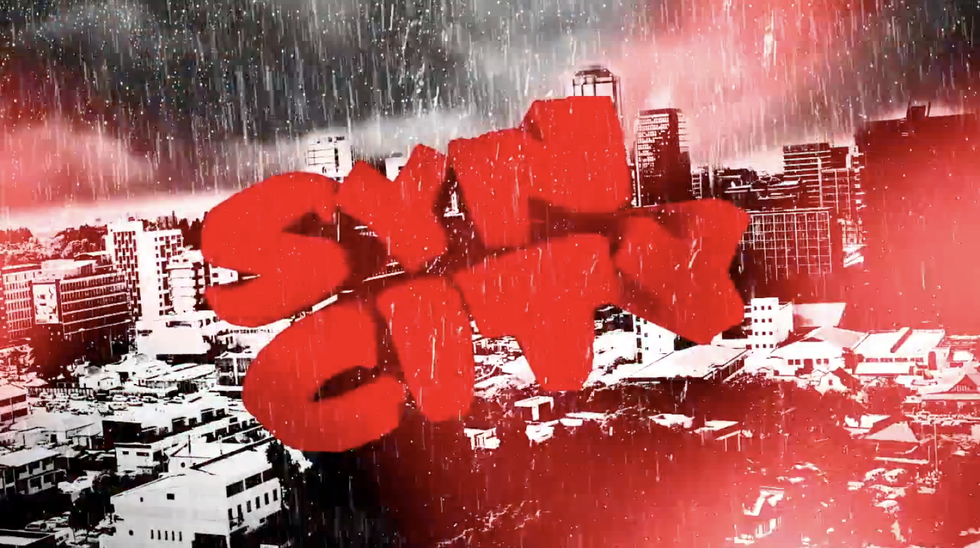 “The rapper I listened to a lot as a kid was Tupac, back in the days of rewinding tapes with a pen” says 29-year-old Zimbabwean emcee Synik. “I listened to his music so much that I knew his verses and I would rap along, mumbling the slang words I didn’t understand… now I find more relevance in hip hop from the continent” adds the architect-in-chief of one of the more accomplished hip hop projects to come out of the Zimbabwe in recent years Syn City, his 12-track debut LP. The video for the lead single (above), based on the look and feel of Robert Rodriguez’s 2005 cult classic Sin City, pays tribute to the country’s capital, Harare.

“In a lot of people’s minds hip hop is kind of child’s play. I remember a season when you’d bump into a dope emcee and ask how the raps was, and they’d tell you how they quit to focus on ‘real life,’” Synik says of the unremitting pressure of trying to make enough for a living while living the dream in an industry that makes it hard for any emcee to survive. Still, despite the mire of troubles he remains optimistic. “The dope thing is there are a lot of great rappers and potentially a lot of good music to be released. I think now hip hop is being taken more seriously so people are beginning to get their due recognition.” You can buy Syn City here.