Talking About Us: Here's What Major Media Outlets Are Covering on Africa 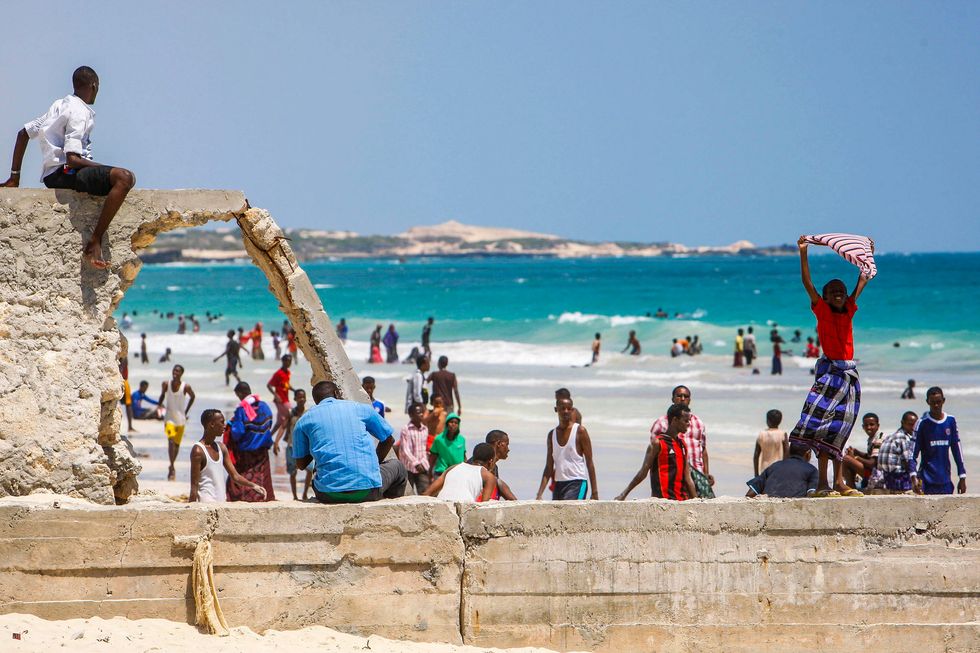 A monthly series dedicated to reviewing recent feature stories on Africa from some of the biggest publications out there that we think deserve a look.

Major western publications are often slammed for providing a warped view of news from the continent.

Other times they have some of the most accurate reporting out there. Truth is, no one publication has a monopoly on the truth.

In the spirit of reviewing a diversity of sources—our new series "Talking About Us" is dedicated to reviewing recent feature stories from some of the biggest publications out there that we think deserve a look.

Why Namibian Chiefs Are Taking Germany to Court

The Economist is a London-based weekly that offers insight into international news, politics, business, finance and technology. In a story from today they write about the ongoing saga of the Herero and Nama people's attempt to get justice. Germany committed the 20th century's first genocide when they reacted violently to the Herero people's rebellion against German colonists in 1904. The colonists seized and settled much of their land. It's estimated that 80 percent of the Herero were killed, along with half of the Nama people's population. Some leaders of the Herero and Nama filed a lawsuit against Germany in a New York court in pursuit of proper financial reparations, but the fight hasn't come without its challenges.

The 5 African Countries Where Change Isn't Coming, for Better or Worse

Time magazine is a New York City-based weekly news magazine that provides informative guides to what is happening in the worlds of health and science, politics, business, society and entertainment. The presented a report last week on five African countries—Kenya, Angola, Rwanda, Nigeria and South Africa—and how the lack of political change reflects stagnation of progress in each country.

Shackles of Tradition in Ethiopia: A Child-Bride at the Mercy of Men

Der Spiegel is an independent, German weekly news magazine and one of Europe's largest publications that reports on a wide range of topics including politics, business, science, culture and more. As part of their series in March on child marriages, they speak with Abaynesh, a 14-year-old girl who had dreams of becoming a doctor, but was married off instead. Her fate of exchanging an education for housework is a fate shared by many girls in Ethiopia.

Morocco-Nigeria Pipeline: The Future of West Africa or Chimera?

Le Monde is a French daily afternoon newspaper covering national and world news in-depth. In December 2016, Ithmar Capital, the Moroccan sovereign wealth fund, and the Nigeria Sovereign Investment Authority signed a strategic partnership agreement to build a giant pipeline that would connect Morocco and Nigeria along the Atlantic coast. The pipeline will cover nearly 4,000 km and is expected to cross 12 countries. In recent news, Morocco and Nigeria announced the launch of a feasibility study for the mega-energy project. The implementation of the project appears to be very complicated.

Forbes magazine is a global media company focusing on business, investing, technology, entrepreneurship, leadership and lifestyle. They feature Igho Sanomi today, who's the founder of Taleveras—an international commodities trading company that's involved in a spectrum of global energy markets: crude oil and refined petroleum products, natural gas and power. Based in Dubai and Abuja, Taleveras is one of the largest independent energy traders on the continent. Here's how Sanomi grew his company to be one of the largest physical commodities trading companies in Africa in just over 10 years.

The Guardian is a liberal, British daily newspaper that gives the latest on world news, sports, business, opinion, analysis and reviews. The Guardian US covers American and international news for an online, global audience. Mogadishu has shown itself to be a resilient city as it continues to rebuild and grow economically despite ongoing violence. The city is now faced with a new challenge—providing aid for Somalis impacted by the worst drought in 40 years and famine. The Guardian reports on their visit to a camp Monday on the outskirts of Mogadishu of more than 100,000 people and counting.

According to a new study in The Guardian from Tuesday, London officials are accused of being "willfully blind" to the massacre of thousands of dissidents by Robert Mugabe in the 1980s to protect the UK's interests in southern Africa and their relationship with the former colony's new ruler.