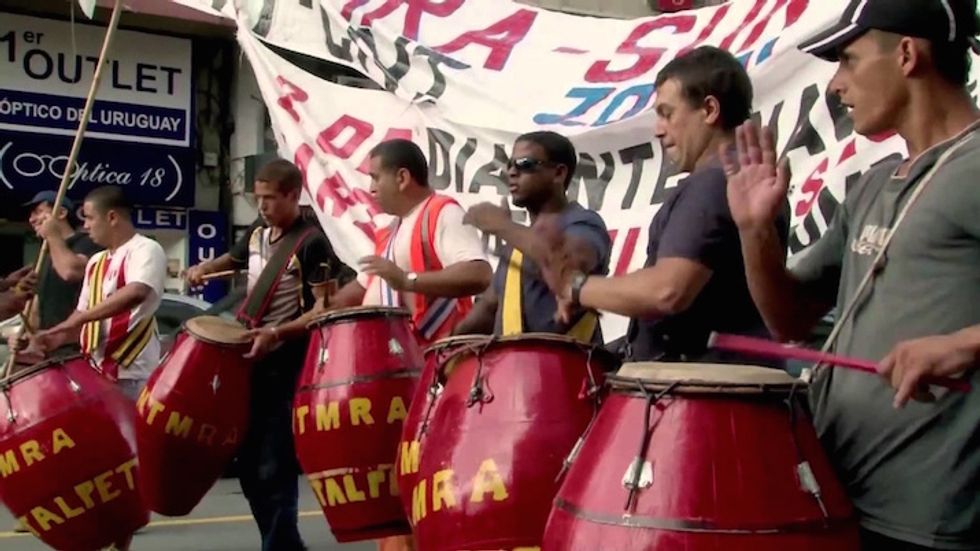 Dom Pedro's Tango Negro explores the major, yet oft-unrecognized role that African culture played in the birth of the ballroom dance style.

Dom Pedro's documentary Tango Negro: The African Roots of Tango shines a light on the major, yet oft-unrecognized impact that African culture has on the popular ballroom dance style and music.

As Shadow & Act reports, the film "details the dance’s early cultural significance as a depiction of the social life of captured African slaves and provides an expansive compilation of musical performances and interviews from tango enthusiasts and historians alike."

Pedro, an Angolan filmmaker, was first inspired to make the documentary more than two decades ago, after watching Cameroon beat Argentina in the 1990 World Cup. The match led him to question why Argentina and Chile had so few Black players, unlike the other Latin American teams.

Ultimately, it was acclaimed Argentinian pianist Juan Carlos Caceres and his interest in the origins of drums in tango that prompted Pedro to explore the depth of the art form's sub-Saharan African musical influence, "a presence that has crossed oceans and endured the tides of forced bondage," reads a description for the film.

"The tango is made up of three sadnesses, three memories," Caceres says in the film. "The immigrants' sadness. The gaucho's sadness, people who lived in the country. And finally the Blacks' sadness, who didn't come here as immigrants, but who were brought here, leaving their lives in Africa." In addition to being interviewed, the late musician also served as the film's composer.