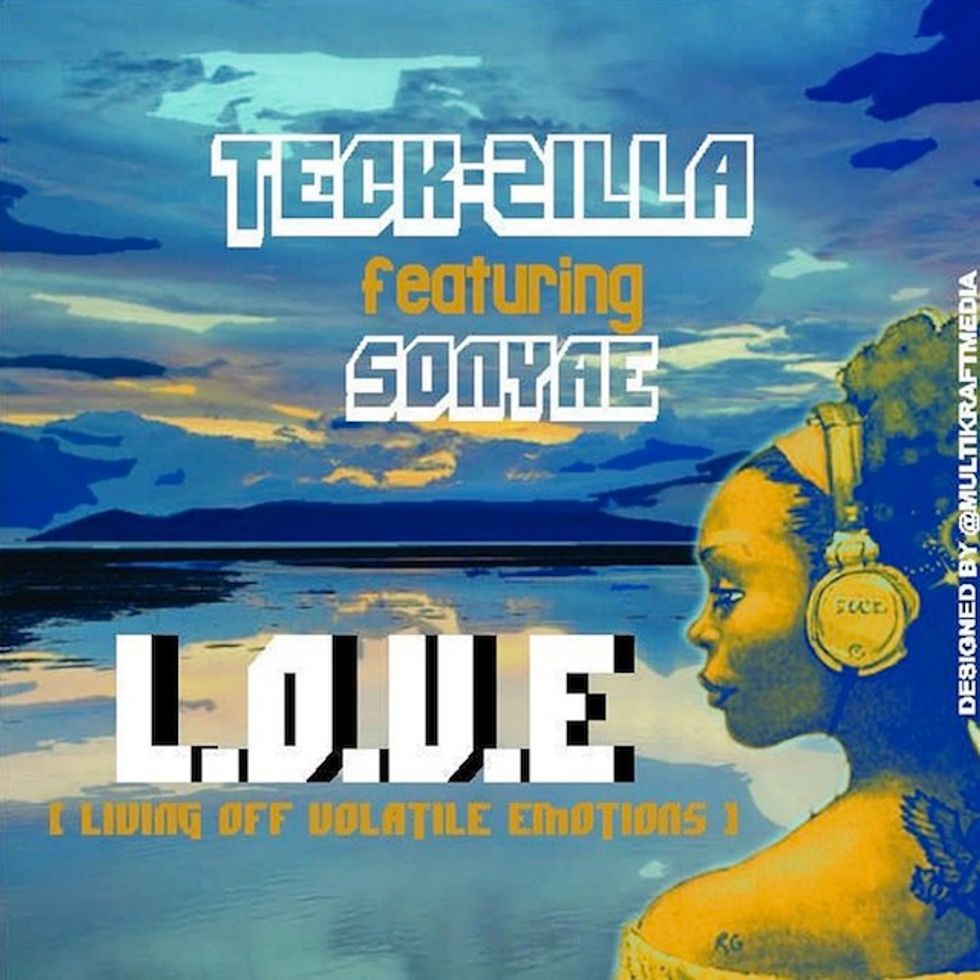 It's been a minute since we've shined light on Montreal's Teck-Zilla, but that doesn't mean the Nigerian-born beatmaker hasn't stayed busy. On his latest, which we premiere today, the Str8Buttah founding father taps Raleigh wordsmith Sonyae to narrate his Dillafied testament to "L.O.V.E." ("Living. Off. Volatile. Emotions"). Since conceiving the song's philosophy back in his university days as a scholar-rapper, Teck-Zilla (now a producer) resurrected the original idea into pure bliss-hop. The track's nostalgic flute line comes courtesy of an Isaac Hayes sample. Listen to "L.O.V.E." below and look out for Teck-Zilla's forthcoming Audio Chemistry: 1st Period compilation due out later this year.