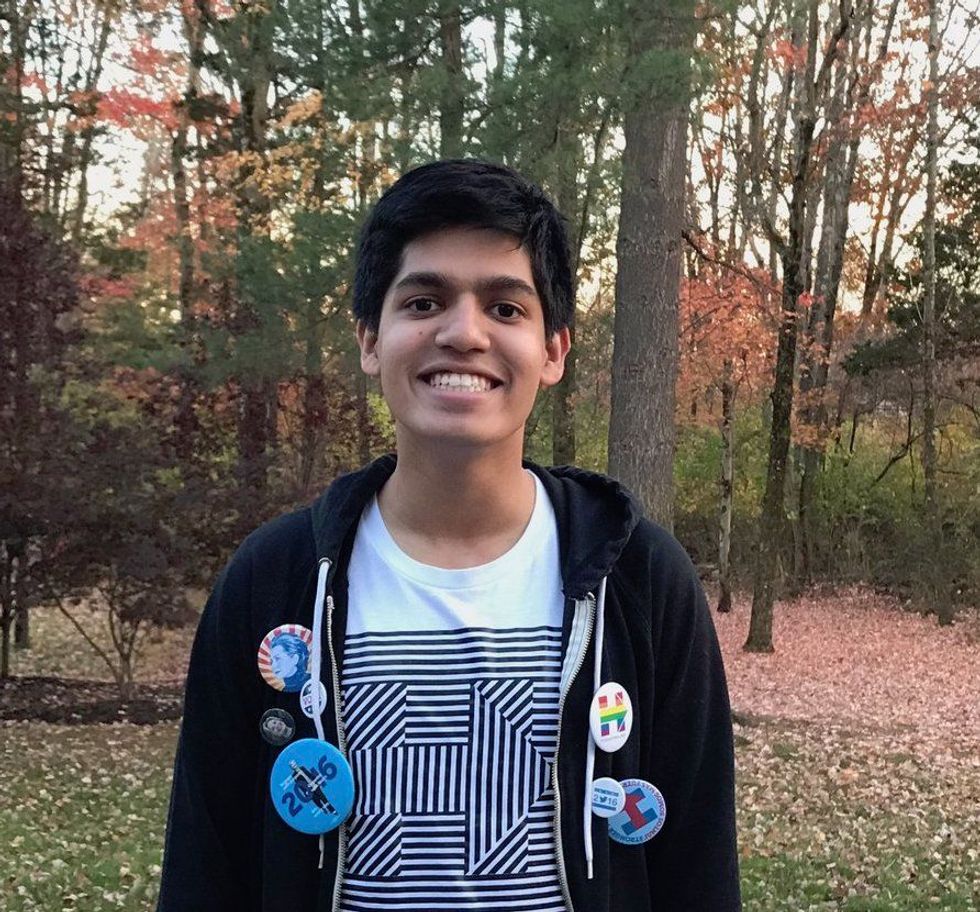 "What matters to you and why?"

This was the question posed to Bangladeshi-American teen, Ziad Ahmed for his Stanford University college essay. His answer was simple, but it couldn't have been any more substantive. Ahmed wrote the hashtag #BlackLivesMatter 100 times, and submitted his application.

He received an admission letter from the school last Friday.

"I was actually stunned when I opened the update and saw that I was admitted," Ahmed told Mic. "I didn't think I would get admitted to Stanford at all, but it's quite refreshing to see that they view my unapologetic activism as an asset rather than a liability."

The 18 year-old, who is currently a senior at Princeton Day School in New Jersey, shared the news of his acceptance via twitter, with a screenshot of his statement.

I submitted this answer in my @Stanford application, & yesterday, I was admitted...#BlackLivesMatterpic.twitter.com/R5YxM77bWL

The student told Mic, that his Muslim faith is what informs his activism. For him, the two go hand in hand.

"To me, to be Muslim is to be a BLM ally, and I honestly can't imagine it being any other way for me," he said. "Furthermore, it's critical to realize that one-fourth to one-third of the Muslim community in America are black, and to separate justice for Muslims from justices for the black community is to erase the realities of the plurality of our community."

His dedication to social progress has already taken him pretty far, he gave a TEDx Talk in 2015 about the power of youth activism. He also interned for the Clinton campaign.

Aside from his admission into Stanford, he's also been accepted to Princeton and Yale.

The pictures just came in from when I had the chance to meet @HillaryClinton in Mclean, VA a few weeks back! pic.twitter.com/KLLGrey8EA

The teen explained why his statement needed no further elaboration beyond the use of the hashtag. "The insistence on an explanation is inherently dehumanizing," he told Mic. "Black lives have been explicitly and implicitly told they don't matter for centuries, as a society — it is our responsibility to scream that black lives matter because it is not to say that all lives do not matter, but it is to say that black lives have been attacked for so long, and that we must empower through language, perspective, and action."

If teens like Ahmed are the leaders of tomorrow, then, in the buoyant words of Kendrick Lamar, "we gon' be alright."