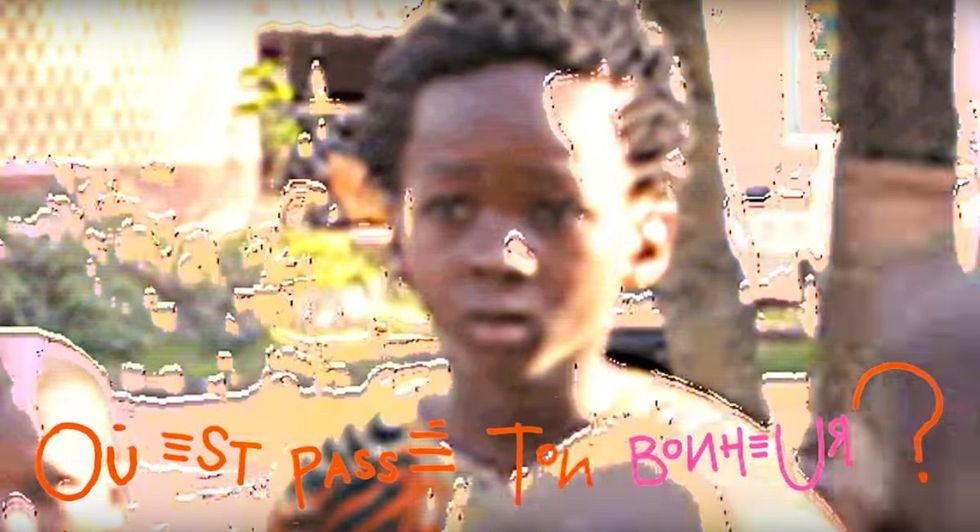 Témé Tan is the musical alias of Belgian-Congolese producer Tanguy Haesevoets. His idiosyncratic sound is a reflection of a multicultural upbringing that saw the artist growing up between Brussels and Kinshasa.

In his latest video,"Ça Va Pas La Tête" (which translates to "are you out of your mind" in English), Témé Tan takes to the streets of Conakry to deliver a strikingly vibrant clip.

The recently released video was shot back in 2014 when "the country was stigmatized by Western media as the population was fighting against the spread of Ebola" the artist tells us. "I wanted to show my friends and family back home how lively and positive the country was."

The 3-minute video, directed by Nene Our Barry and Tanguy Azévu, delivers some psychedelic film edits (by Alexandre De Bueger) that capture life in the country's capital with an air of fun.

Going past the video, though, "Ça Va Pas La Tête" stands on its own with its blend of soukous guitar and '70s folk sounds.

Watch the music video above and, if you haven't already, check out Témé Tan's equally-infectious first single "Améthys" below.