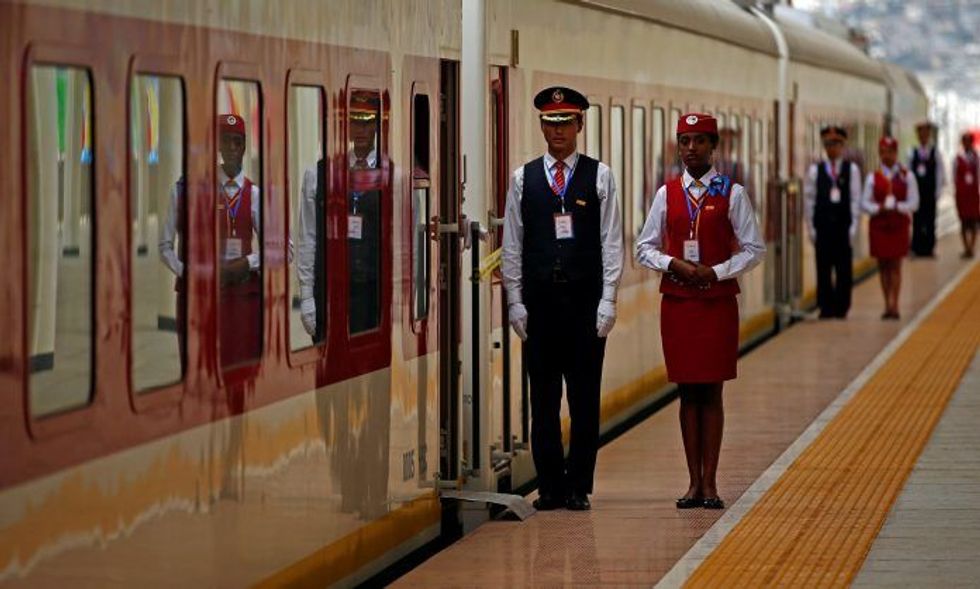 The first electric transnational railway in Africa is now running from Djibouti City To Addis Ababa with backing from China.

Today, the first electric transnational railway in Africa went into operation from Djibouti City to Addis Ababa, Ethiopia. Government officials, diplomats, and socialites, were in attendance for the historic occasion. Also in attendance were Chinese investors, whose 14 billion dollar loan, funded the railway.

The newly functioning line will certainly be of benefit for Djibouti and its landlocked neighbor, as it will help optimize trade by cutting travel time between the two countries. The journey is a three to four days by truck, and just 12 hours via the new rail line.

“This line will change the social and economic landscape of our two countries,” said Ethiopia's prime minister, Hailemariam Desalegn.

There are many advantages of the newly established rail for both countries, but perhaps even more for China, whose increasing presence in Africa, is helping rebuild infrastructure throughout the continent, but is also raising reasonable suspicion.

"Chinese-built and -financed projects include a two-year-old light-rail system in the Ethiopian capital; a $13 billion rail link between the Kenyan capital, Nairobi, and the port city of Mombasa that will open later this year; and an ambitious rail modernization project in Nigeria that includes an urban transit system for Lagos," reports the New York Times.

These investments mean that China will certainly hold leverage over African affairs. While some commend China for "taking a risk on Africa," while most Western countries have noticelbly retreated, I'm not so sure who's really at risk here, China or the African nations that are now heavily indebted to it.