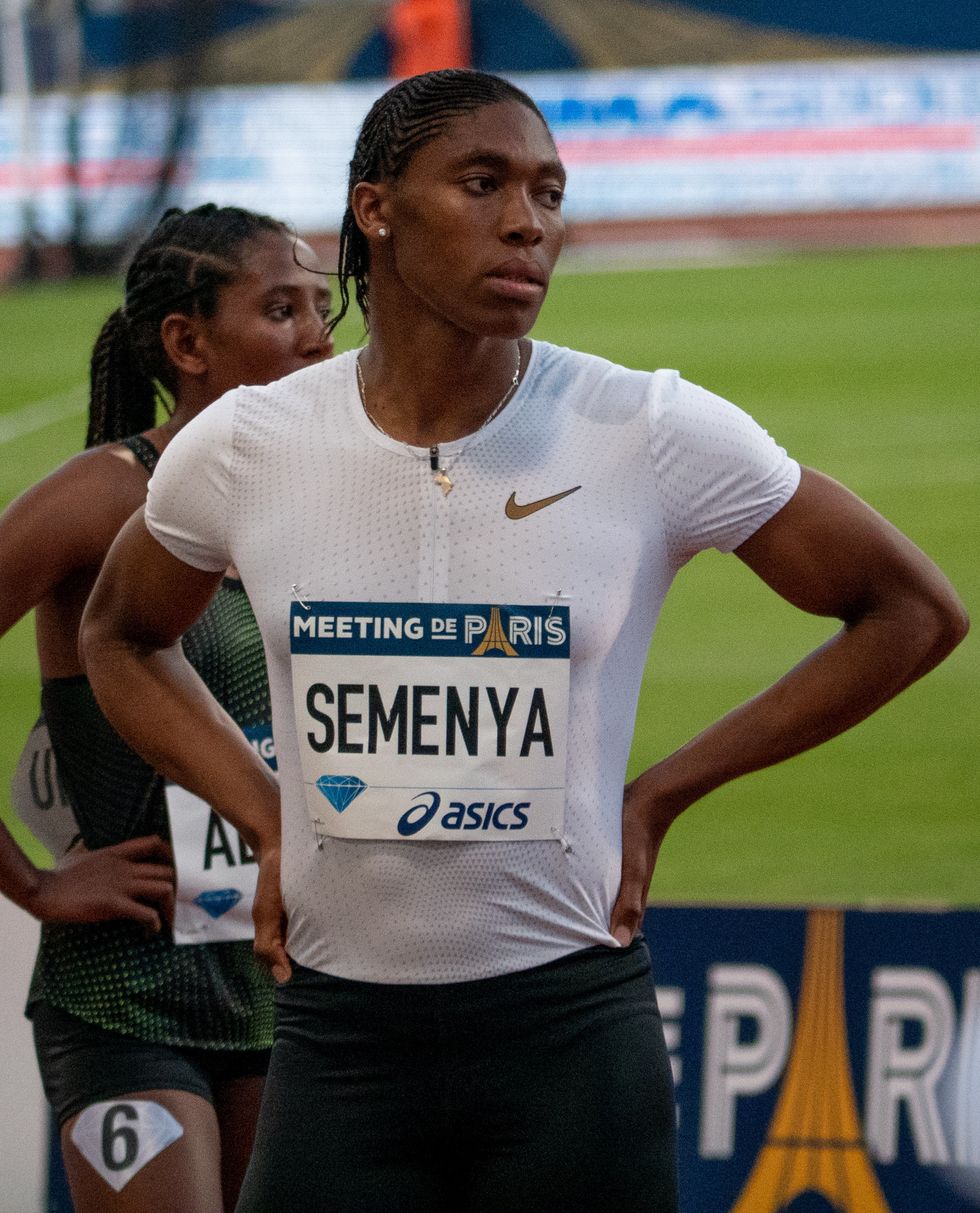 The institution has also determined which women's events the South African athlete is allowed to enter if she chooses not to alter her testosterone levels.

Caster Semenya and athletes like herself cannot seem to catch a break with the International Association of Athletic Federations' (IAAF) policies regarding intersex athletes.

Responding to a letter from the World Medical Association (WMA), Sport 24 reports, the IAAF says athletes like Semenya are allowed to enter men's events if they are not willing to take medicine to lower their testosterone levels.

The letter from the WMA insisted that doctors should not enforce the new and controversial IAAF gender rules for classifying female athletes, citing that attempts "would breach ethical codes."

The medial body notes that their basis of conclusion was due to the "weak evidence" found in the IAAF's research. "We have strong reservations about the ethical validity of these regulations," Dr. Leonid Eidelman, WMA president, says. "They are based on weak evidence from a single study, which is currently being widely debated by the scientific community..."

In their official statement that you can read in full here, the IAAF rebuttals noting that their research was based on gathering evidence for 15 years.

"The IAAF Regulations in this matter are not based on a single study, but on many scientific publications and observations from the field during the last 15 years," the statement says. "All these materials were submitted to the Court of Arbitration for Sport and discussed during the hearing. The Panel has accepted the validity of this evidence and has recently decided to uphold the IAAF Regulations."

"We respectfully remind the WMA that while doctors should try not to over-medicalize the lives of these patients, it is important to recognize that for an adolescent raised as female and experiencing a masculinizing puberty, according to international guidelines for DSD, an extensive investigation should be carried out by a cross-professional team to reach a diagnosis, and to clarify the individual's gender identity."

The IAAF says that female athletes who are not planning on taking medicine to lower their testosterone levels to compete in the 400m hurdles, 800m, 1500 m and the mile are allowed to compete with male athletes and in any intersex competition without restriction. Otherwise, they cannot enter in the female classification of any restricted event at an international competition.

In Semenya's case, the IAAF says she is permitted to compete in female-classified events that are not between the 400m and the mile on an international level. If she seeks those events, they cannot be at an international competition.

Supporters of Semenya seem flabbergasted at this response and continue to show support of the athlete on social media:

I cannot believe how tone deaf the IAAF is. ”she will not be entitled to compete in the female classification of an… https://t.co/2eOqcDTfxq
— Khaya Dlanga (@Khaya Dlanga) 1557322864.0

I don’t think the IAAF are being ignorant about their stance on Caster Semenya. To be ignorant would require not kn… https://t.co/sJJmlvdoWY
— Tembo (@Tembo) 1557323743.0