The Murder of Keith Lamont Scott and The Limits of 'Bias' 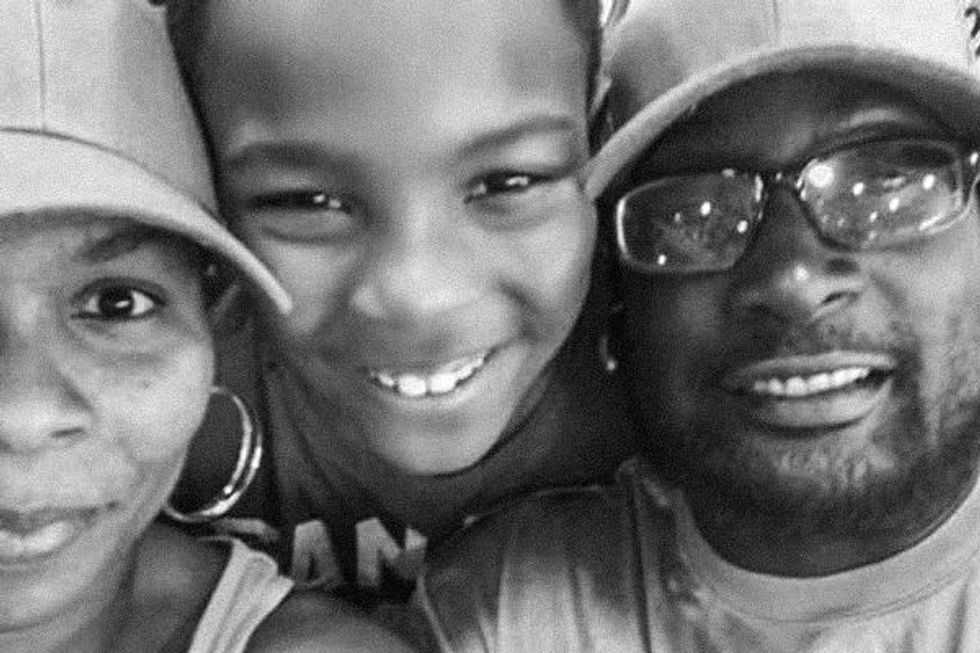 In a propaganda war between the Charlotte-Mecklenburg police department and Lyric Scott the police think they can use freshman logic to avoid blame.

"The police just shot my daddy four times for being black," the young woman narrates as she trains her camera onto a group of police officers down the block.

We'd just gone live with a memorial post to Terence Crutcher last night when videos started appearing in our feeds of a new incident in North Carolina. The live feed is from the point of view of Lyric Scott, furiously pacing a line of police tape. Her father, Keith Lamont Scott, a black man, had just been shot by police.

In the video she goes on to tell us that her father was reading a book while waiting for his son to be dropped off after school. In a detail similar to Crutcher's death last week, the police, we're told by the Washington Post, were on their way to an entirely different call when their focus shifted onto Scott before killing him. What exactly caught the officers' eye is not yet clear. Video, we're told, will be released once an investigation is finished.

Today the police chief of the Charlotte suburb where Scott was murdered claims no book was found at the scene and that witnesses say he had a handgun when he exited the car. Furthermore, according to Chief Putney who is black, the man that shot Scott was black himself—proof that "bias" was not at play here.

In a propaganda war between a police department and a college-student—the daughter of a murdered man—the police seem to think they can use a kind of freshman logic to extricate themselves from blame.

And just like with Terence Crutcher, we need to step back and remind ourselves that, whether he was reading a book or not, there is nothing here to suggest that Scott was involved in committing any crime. And even if he was, that does not give agents of the state license to kill him.

Keith Lamon Scott, right, was killed by police on Tuesday. Photo via GoFundMe

The Limits of Bias

And then there's the idea of "bias." It's a word that gets tossed around a lot in America especially around policing. It's a word that brings the violence down to the level of a single act and the intentions behind it. Did the cop kill the man for racist reasons or not? In practice—because it's pretty hard to prove the hatred inside another person's heart—it both absolves the man who pulled the trigger and the police department itself from the blame of killing a man. The people who make law-enforcement and other policies don't even enter into the equation.

Policing in America has long been a system focused on the persecution of racialized communities, from the days of slavery, through Jim Crow and segregation, urban renewal and gentrification—it is an institution that works in the interests of the powerful and the white, in the interests of capital accumulation and upper middle class fears. This systemic critique has been at the center of the Black Lives Matter movement since the start and has finally begun to enter media discussions around these murders.

But as another spate of police killings begins we need to keep insisting on justice for the victims of police violence—from Charlotte to Tulsa, to Chicago and New York City.