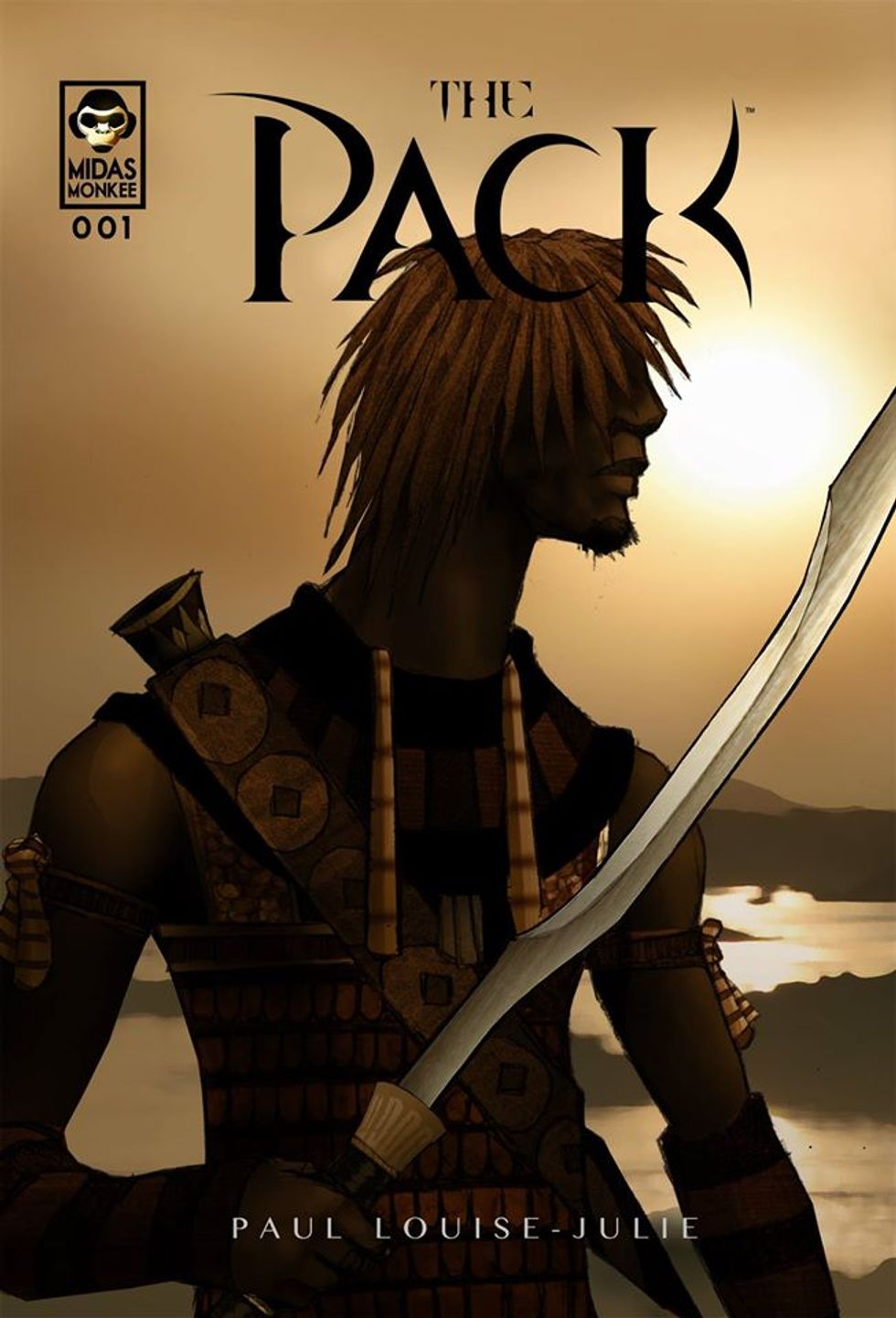 'The Pack,' from New York-based artist Paul Louise-Julie, is a new graphic novel series about a group of Egyptian werewolves.

Conceived, written, and drawn by New York-based artist Paul Louise-Julie, The Pack is a new graphic novel about a group of Egyptian werewolves. Louise-Julie, who studied ancient African history for the greater part of a decade, designed over 30 different civilizations that would end up becoming the backdrop for his comic series. "If I could create a mythology for the black diaspora based on the tales of our ancestors, I could redefine how we see ourselves – how the world sees us," he wrote in an article for Bleeding Cool. "If Tolkien could do it, so could I."

The first issue in the series, "The Egyptian Saga," chronicles the origins of the group of Egyptian werewolves, and is available now on iBooks and Kindle. For more, follow the series on Facebook. Read more from Louise-Julie via Bleeding Cool on the inspiration and mythology behind his graphic novels below.

"...as an American-born, French-Caribbean kid growing up in Europe; I couldn’t fully connect with these stories. I mean – I loved them – but I could only identify so far. I knew I couldn’t cosplay as Peter Parker, Legolas or even Harry Potter without feeling awkward. I was an interested tourist, nothing more. So I scoured the bookshelves of my collection (like Gandalf when he looks through scrolls in The Fellowship of the Ring). But the ironic truth was that I didn’t feel represented in any of the worlds, books, comics, or movies I loved so much. Being an artist, I tried drawing “Black versions” of my favorite fantasies but to no avail. In the end, they looked like non-creative knockoffs like a blaxploitation movie without the soundtrack. What was I to do?

This is where the mythology came in. I thought: if I ever want to see more originally Black fantasy completely unrelated to racism or social commentary, I had to go to the roots. As it turned out, my parents did business in Africa and wanted to move there for awhile, so we did.

That year opened my eyes. First, I discovered the remnants of Ancient Empires that even the locals had forgotten. Second, I realized that my return-to-your-roots enthusiasm was not shared by most. In fact many Africans made a point of reminding me I was an outsider. It hurt but still I pressed on in my quest, learning as much as I could about the precolonial world of my ancestors..."