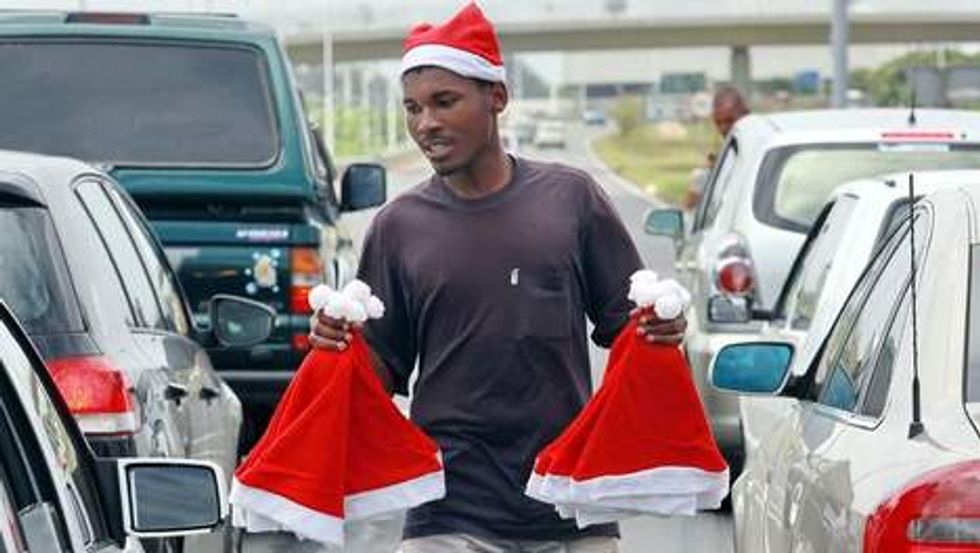 Our year end (maybe) side eye, perhaps the side eye with the longest glance (we can look back over 28 years ago!), goes to Bob Geldof's well meaning but incredibly patronizing song "Do They Know It's Christmas" which was released through Band Aid in 1984 to raise money on behalf of the famine that raged in Ethiopia from 1983-1985.

Now Plaster Cast (get it? get it??), a group of unemployed South African musicians, have a message of their own to deliver back to Geldof: "Yes We Do."

According to Hayibo, the musicians praised Geldof’s relentless quest for an answer, and said they hoped their collaboration would free the Irishman and his friends to start looking for solutions to new and more important questions such as the following: "Like Do they know about climate change in America? Or did Kim Jong-il have time to write down the abort codes for the nukes before he died? Or perhaps he can revert to the time-honored classic – ‘Tell me why I don’t like Mondays.”

Plaster Cast also hopes that this song will now make them experts on British politics, in the same vein that Bono is now an expert on Africa given his involvement in the song.

For more spot-on son'ing, check the original article from which we can just merely plagiarize the hilarity.