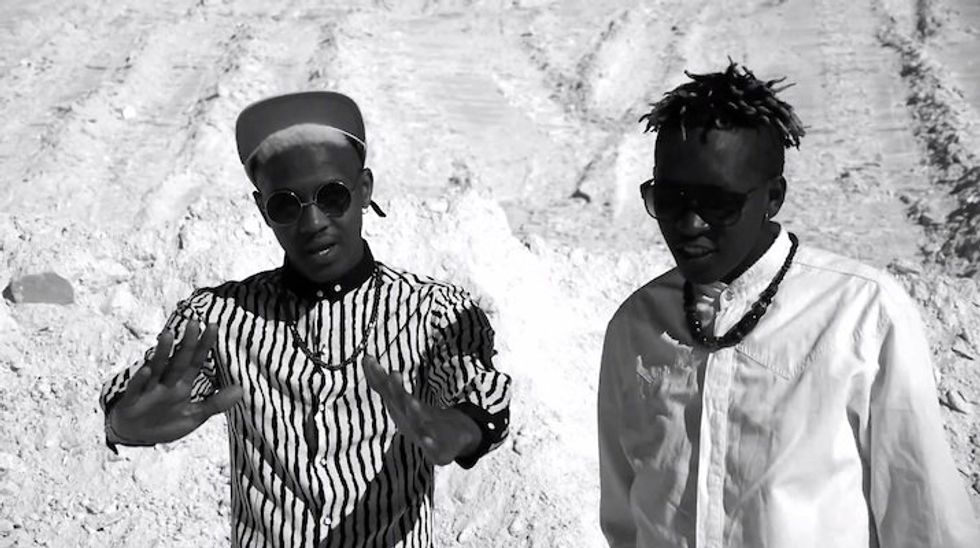 Mzansi rap cousins The TeMple are gearing up to unleash a creative takeover in South Africa that began with fashion and photography before expanding into beats, rhymes and slick videos. The Guru Group founders first crashed on our radar back in December with their gritty herb nod "NTSANGO" and the trumpet-backed "Loxion Jazz." Their follow-up came in March with "STATES," a slow-ticking proclamation of why the TeMple rap in their own tongue, featuring timebomb production from newcomer zuluprince as the cousins switch in and out of Northern Sotho (along with a killer hook in Zulu).

The Sandton-based duo have now come through with the "STATES" visuals, which we're excited to premiere here today. "The message in the video is pretty much like the message in the song. When consolidated, it embodies elements that represent elements of Africa. The aim is to hopefully inspire more appreciation towards Africa and some of its' ways," they tell us about their latest. Owethu Njotina directs the Ikageng-Potchefstroom-shot video. Watch it below and look out for the Enter The Temple mixtape to drop later this year.