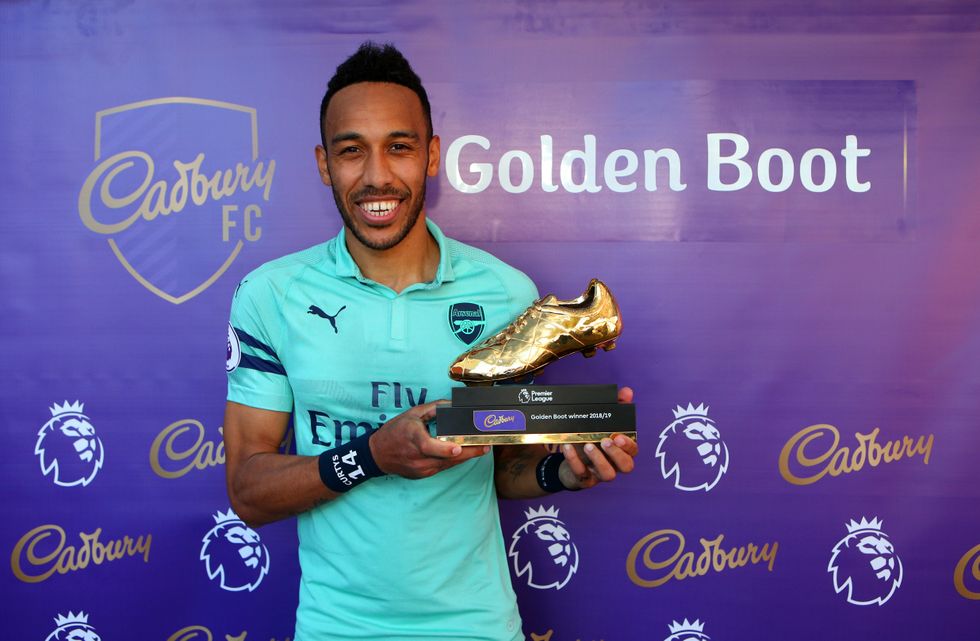 BURNLEY, ENGLAND - MAY 12: Pierre-Emerick Aubameyang of Arsenal poses with the golden boot trophy after the Premier League match between Burnley FC and Arsenal FC at Turf Moor on May 12, 2019 in Burnley, United Kingdom. (Photo by Alex Livesey/Getty Images)

This year's Premier League Golden Boot, an annual award given to the association's highest-scoring player, has been won by a trio of star African players.

Gabon's Pierre-Emerick Aubameyang who plays for Arsenal, as well as Senegal's Sadio Mané and Egypt's Mo Salah, who both play for Liverpool tied at 22 goals each this season to earn the award. Salah also won the award last year, when he scored 32 goals in a season—the most by any player in a 38-game season, BBC Sport reports.

The athlete celebrated the news of his second consecutive win on Twitter, with a photo of him and his daughter:

"I share this trophy with two other guys I like, great players and African. We are representing Africa, that's cool," he told BBC Sport. "I am happy we won, and I am sharing this [Golden Boot] trophy with two other guys I like. My team-mates knew about the Golden Boot, I said nothing. I did not want them to play and only focus on me. I am a team player."

This is the first time that three African players have been the recipient of the award in the same year, and many fans online are celebrating the news.