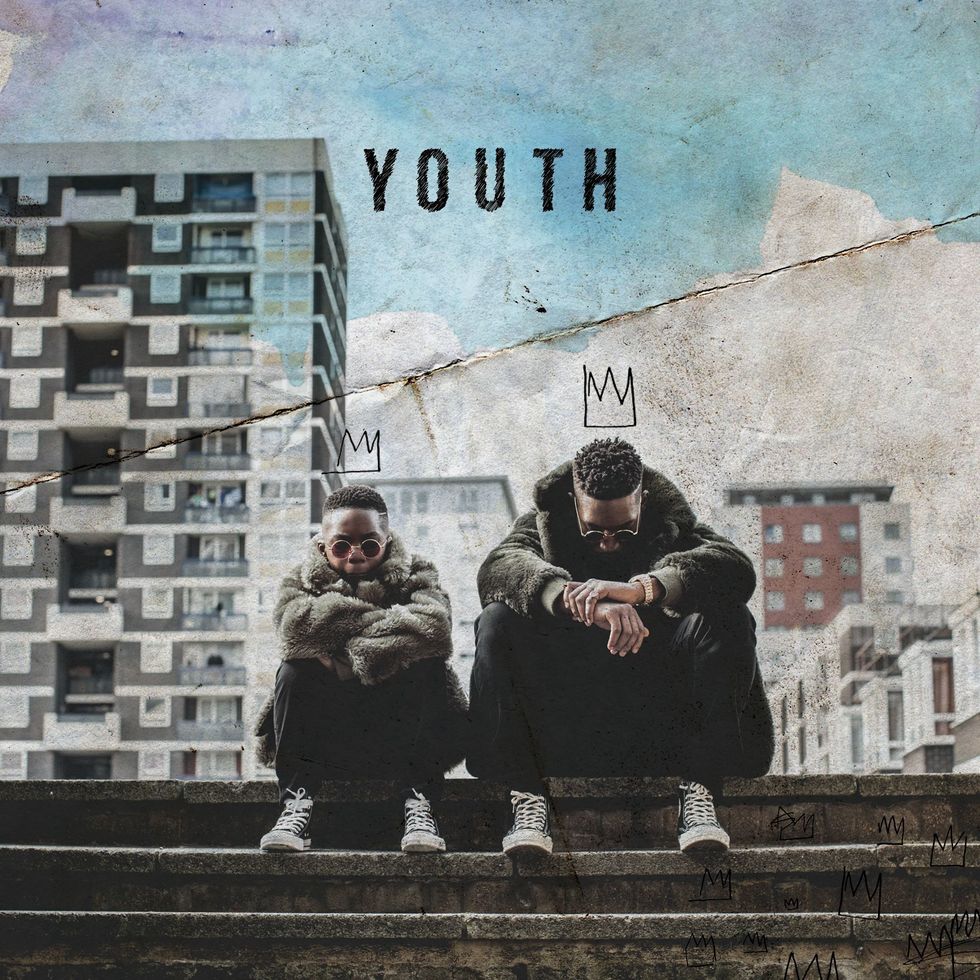 On his third album 'Youth,' Tinie Tempah cements his spot at the top of the UK music scene.

Sophomore albums are considered difficult, especially after a successful debut, but even more difficult might be the third album.

A lot of creative energy is invested in matching and surpassing the first offering (Disc-Overy in this case) in scale and ambition as Tinie Tempah did to some degree on 2013’s Demonstration. He now returns with the 17-track Youth.

If you’re Kendrick Lamar, whose own third album dropped on the same Good Friday as Tempah’s, you will scale down the intensity of your sophomore effort. If you’re Tempah, you will scale up the chances of making even more hits and further refine the high-living rhetoric.

The madness that was “Pass Out” was a solo effort and his biggest hit yet. This leavens any accusations of insecurity that the assortment of guests on Youth will bring.

After the scene-setting that is the intro “Youth,” MNEK’s bell-toll of a voice comes close to relegating Tempah’s to guest-verses, while David Steward does a good Frank Ocean impression on “Camera.”

Tinashe continues on “Text From Your Ex” the form she showed last year’s “Super Love,” while Intercontinental Tinie tells of his DJ bringing his “decks on the jet.”

“Girls Like,” produced by Rogues, is a shameless Euro-dance hit calculated to chart well in precisely the countries you expect them to do so. It has gone platinum in the UK, Norway and Australia and is clocking 150 million views on Youtube alone. Zara Larsson’s belting is a good match and her being a Swede surely helps Tempah’s Euro-dance Indigenisation Program.

Wizkid does one of his most earnest singing as a guest on “Mamacita,” He also gets involved in the video’s theatrics more than he has on his many features. This may be a sign of good business both have done since signing to Tempah's Disturbing London management, as he’s said to have done.

The video, shot in the Dominican Republic, brings too much of Tempah and Wizkid’s high living to a shanty town. The many million views of free tourism promo-video just might wash away any bad taste this leaves.

Every rapper has by now had a go at trap and Tempah’s own offering of cluttered syllables has made for a stand out track. On “Something Special,” he has straddled the jangle and bounce of Rogue’s beat with a trap and brag-flow that has the bite of a battle rap.

Tempah is the metro-sexual rapper secure enough in his masculinity, to say “yeah, i got a lot of batty friends," also deepening the complexity around the word.

“Lightwork” and “Holy Moly” are in this same brag-swag vein. The only other thing of interest here is how much Shift K3Y’s bouncy beat sounds like what Mannie Fresh was making for the Hot Boyz in the late '90s/early '00s. Complete coincidence maybe, but don’t two points make a straight line?

Tempah’s star power is such that rather than magnify his actual achievements, they get lost among the starriness of many hits, sartorial interests and perceived distance (or detachment) from the grime scene whose resurgence is predicated, in no small way, on the rejection of establishment—values which Tempah has no problem embracing.

This explains why people are shocked to hear that Tempah’s seven number ones singles are more than any other UK artist has managed from 2010 to 2020. A staggering achievement no doubt, but people don’t know what to do with this.

Comparing his stats with those of rap and grime artist would seem like overkill. It must at times seem absurd to him to have to answer questions about petty rap beefs and jealousies while also instructing his interviewers on his significance in the chart history of UK music, as he did in his interview with Not For The Radio.

For the interview, lasting over two hours, Tempah wore pajamas and white sneakers, stroking a dog on his lap, for some time, in the townhouse he bought from the Alexander Mcqueen estate. In view was a piano which he admits he hasn’t learnt to play. He also spoke about a taxidermied giraffe in his kitchen. People don’t know what to do with all this.

Jay Z was for a long time a chief tastemaker. Hublot was not a thing until he said it was on “Otis,” and this was well after the Bentley and bling era. Kanye West took it to new levels by embedding himself in high fashion and brief obsession with that $100,000 Le Corbusier lamp. People didn’t know what to do with that.

Tempah, in the UK sphere, and on account of his certified hits and taste for high-living, is the amalgam of both Hov and West.

Tempah is the MC who will tell you that “I never do it off the top, still gotta write it down.” He’s the owner of a town house who insists that “I could have moved off the ends, but i’m in Hackney still” as he does on “Shadows” with Bipolar Sunshine. He’s the rapper who has told you about his gay friends as he did on “Something Special.” People really don’t know what to do with that.

The aggregate of good and often brilliant songs on Youth are what makes the whole seem to cohere. There isn’t an apparent unifying theme, and I doubt there is an underlying one.

The title, Youth, may suggest a bildungsroman. But on account of the display of affluence and many entitlements, this is closer to a Hampstead novel—in the best way possible.