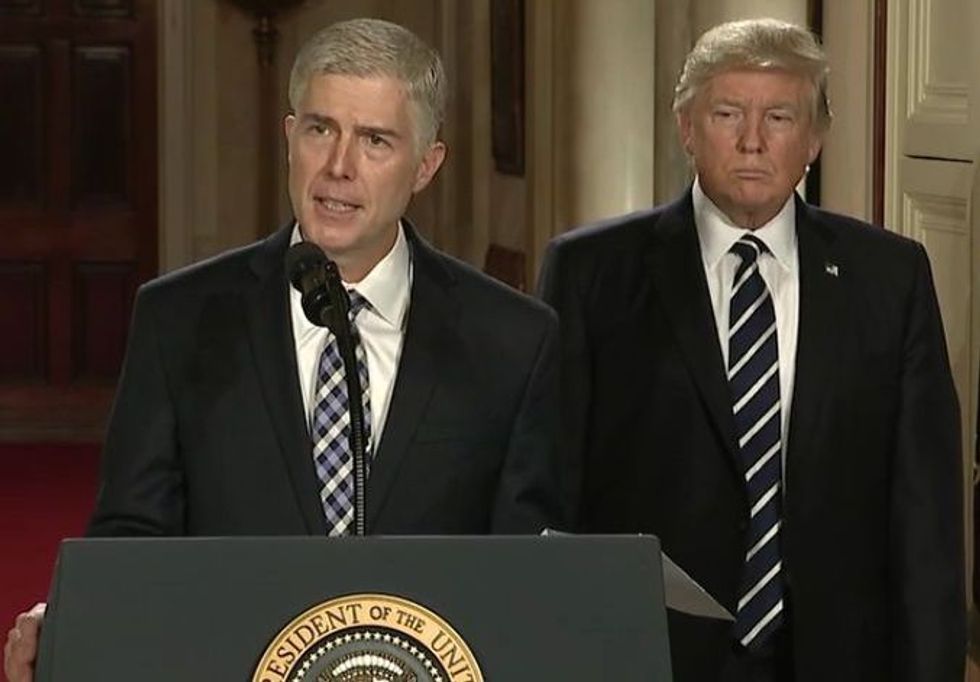 Trump's appointee for SCOTUS once trolled his classmates for protesting South African apartheid.

Is it really a surprise that Trump's pick for the Supreme Court is another garbage-ass individual? No it is not. His nominee is Colorado-native and former law-clerk, Neil Gorsuch who, despite being a younger judge at 49, has been a cantankerous old troll for quite some time.

While attending Colombia University, where he graduated from in 1988, he wrote a column in the Colombia Daily Spectator in which he fabricated a story about a student activist, and criticized fellow students who protested American companies that monetarily benefited from South African apartheid. He questioned why students would oppose such actions since it "paid for our need-blind admissions policy," Daily News reports.

He also expressed that he didn't find anything wrong with gentrification. “Is it because such arguments would be immoral, false and heartless? Or is it because it is not fashionable at Columbia to be anything other than a pro-Sandinista, anti-Reagan, ADHOC, uranium-pilfering protester?" he wrote in another column.

This information—along with his white maleness—makes it painfully obvious why he's Trump's ideal choice.  Homeboy's alternative fact telling skills are top notch. "Immoral, false and heartless" sounds about right though.

I criticized apartheid protesters back when I was an undergraduate.