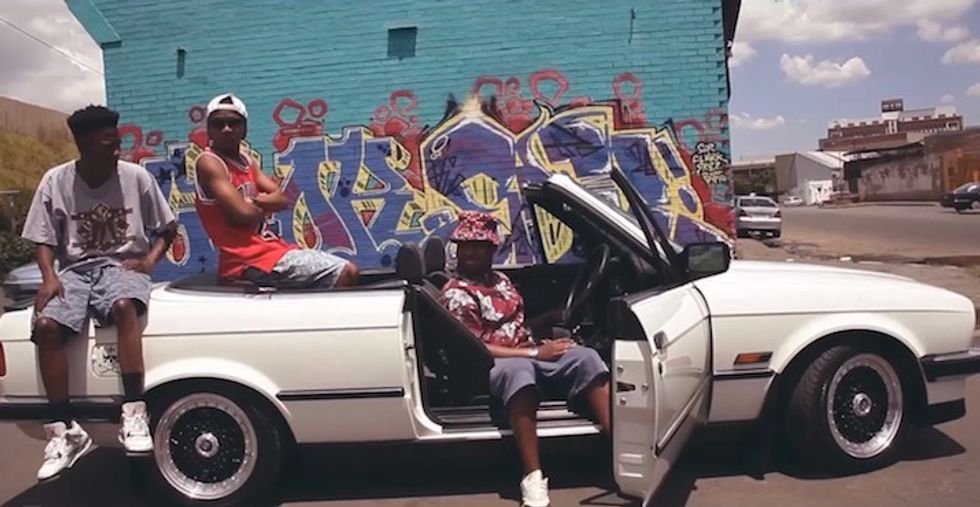 Joburg’s six-man Revivolution clique has been churning out a steady stream of under-the-radar future classics this year. First up on our radar was no-nonsense emcee Tony Dangler, who teamed up in March with DESERT_HEΔD aka Christian Tiger School‘s Luc Vermeer on the spooky boom bap “No Manners.” A few weeks later we were introduced to Dangler's fellow Revivolution rapper Tommy Ills (aka One L) and his smooth-speaking "See You Later" plus its lo-fi Cape Town romance/skate video. Ills crashed on our radar once more today with his latest self-directed video, this time around taking it back to the Fresh Prince days in the visuals for his video game banger "Pacmanbass." The song features Johannesburg's Fratpack brothers Mr.Calibre and Kitso joining in on the virtual bassmaking with a pair of easy breezy verses over a bumping Pac Man sample. For the video, Grime Town director Ills enlisted a team of Joburg's cool kids to post up in his 90s daydream. Watch Tommy Ills and Fratpack's nostalgic "Pacmanbass" video below. For more from Ills and his fellow clique members follow Revivolution over at Soundcloud.