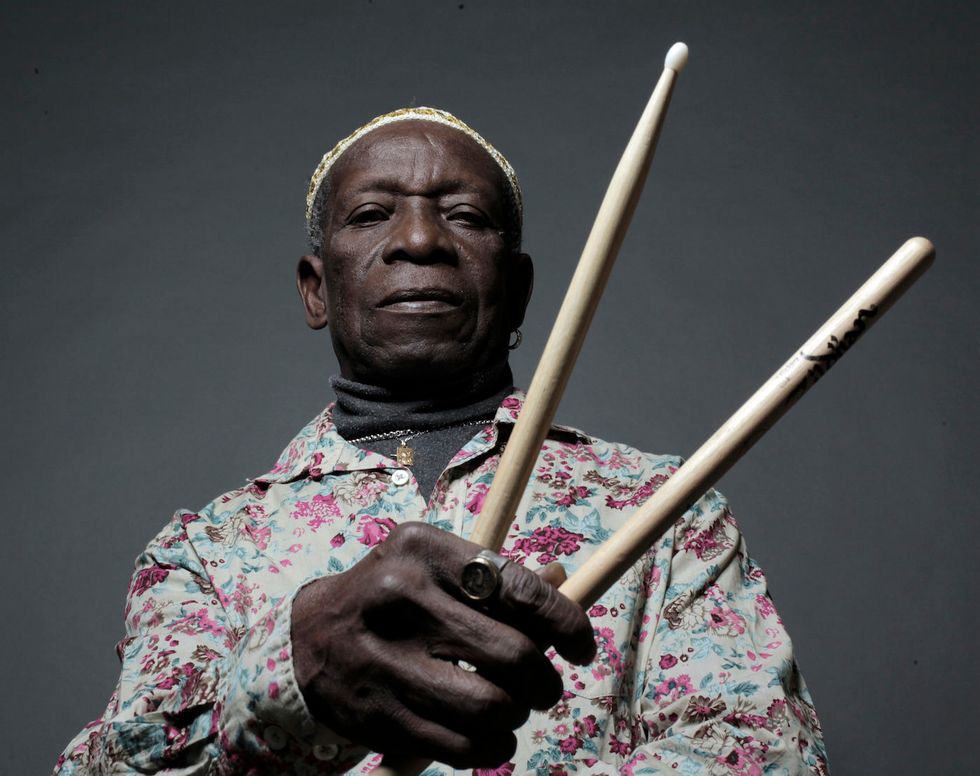 NIGERIA–Legendary afrobeat drummer Tony Allen has announced his upcoming album, The Source, which will be his debut full-length on Blue Note Records.

You can now download a song off the new album, “Wolf Eats Wolf,” which comes with a pre-order of the LP due September 8.

The instrumental song, which leads with horns sitting on pillars of Allen’s robust drumming, is a taste of what the 11-track album will be about.

The Paris-based artist worked closely with frequent collaborator Yann Jankielewicz, who reveals the album will show listeners new skills from Allen. “Tony has never played drums as well as this,” he says. “He's never had as much freedom, never had as much power as he does today.”

The Source, which will be a follow-up to A Tribute to Art Blakey and the Jazz Messengers, a 4-track EP Allen released in March this year, will feature contributions from Paris-based artists such as saxophonists Rémi Sciuto and Jean-Jacques Elangue, trumpeter Nicolas Giraud, trombonist Daniel Zimmermann, bassist Mathias Allamane, pianist Jean-Philippe Dary, and keyboardist Vincent Taurelle, who produced the album with Bertrand Fresel. Cameroonian guitarist Indy Dibongue from Cameroon will also make an appearance alongside The Gorillaz' Damon Albarn.

You can stream “Wolf Eats Wolf” below, and pre-order The Source here.