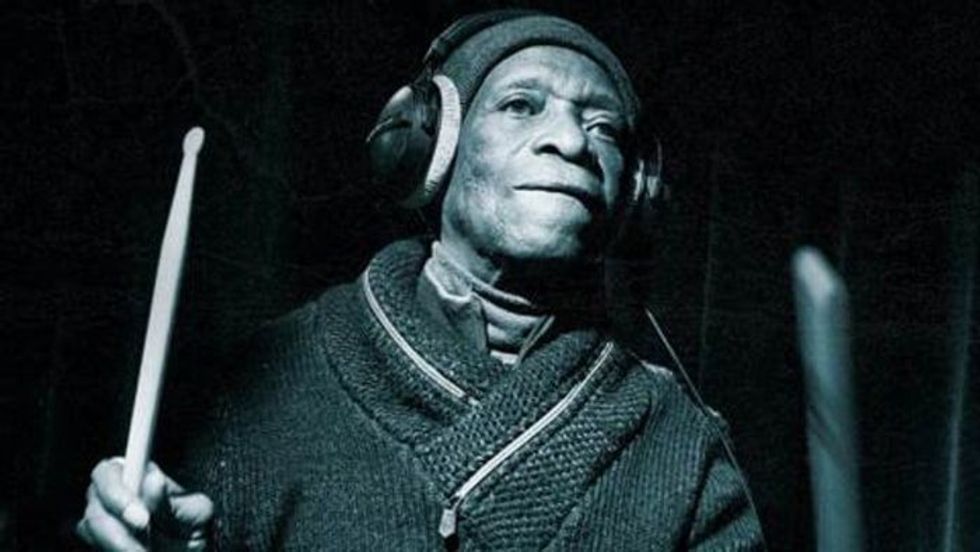 Tony Allen shares the release date for his upcoming EP 'A Tribute to Art Blakey,' and shares the EP's first single 'Moanin'."

Legendary Nigerian drummer Tony Allen, will give jazz enthusiasts a major treat next month, with the release of his new EP A Tribute to Art Blakey, due out on May 19.

As it's name implies, Allen's latest EP pays homage to one of his musical idols, American jazz drummer, Art Blakey. The 4-track EP features reinterpretations of Art Blakey's and The Jazz Messengers' classics,“Moanin’,” “A Night In Tunisia,” “Politely” and “Drum Thunder Suite,” with an airy, afrobeat twist. Allen recorded the EP in Paris, backed by a 7-piece band.

While the new EP makes Blakey's influence on African artists apparent, the American musician was also heavily influenced by the sounds of the continent.

Stream "Moanin'," the groove-inducing first single from Tony Allen's upcoming EP below and pre-order A Tribute to Art Blakey, now via iTunes.