10 South African YouTubers You Need To Be Watching 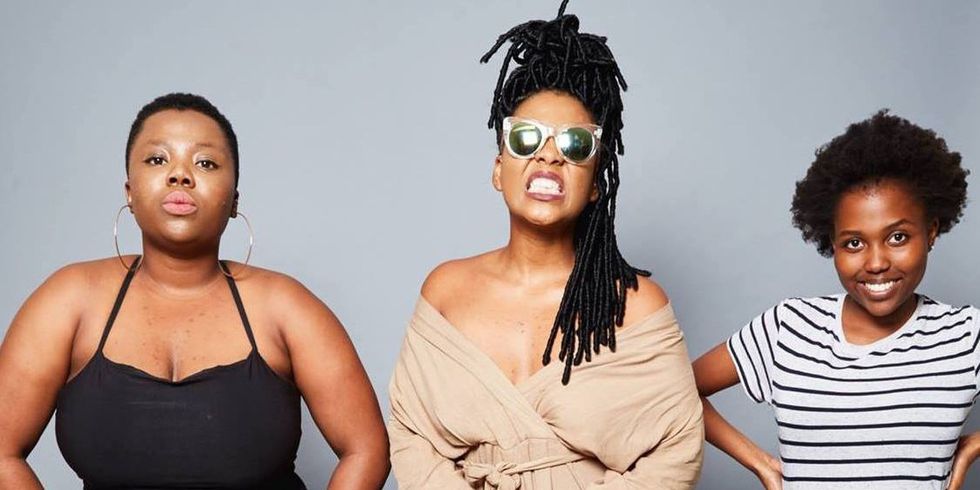 These are the top 10 South African YouTubers around right now.

South Africa's video blogging scene is steadily growing as a lot of opinionated young people are taking advantage of the tools and platforms at their disposal to tell their own stories, express themselves, or just make their fans laugh.

From the hilarious Fash Ngobese, to the unrelenting Sibu Mpanza, the quirky Pap Culture, and the humorous Mark Futzgibbon, among others, we bring you 10 South African vloggers worth checking out as you procrastinate to study or abuse your office Wi-Fi connection on.

Check them out below, listed in no particular order.

Yes Fash's videos are mostly about how different types of people (race, gender, class) react to various scenarios. Fash's videos are humorous in that they are a tongue-in-cheek take on situations we all find ourselves in. And his ability to play different characters in one clip—think of Eddie Murphy or Tyler Perry—is so seamless, you forget it's just one person on the video.

TaFire is also great at impersonating different kinds of South Africans. One of his funniest videos is one in which he role plays how black, coloured and white Afrikaaner people would react if approached to taste a new burger from Burger King. His impersonations are hilarious and he's able to switch between the different accents seamlessly. TaFire's clips, which mostly go viral on Facebook, landed him a TV role on the soapies, Isibaya, last year.

Pap Culture is run by three vloggers, Nwabisa Mda, Thembe Mahlaba and Bongeka Masango. The trio tackle serious issues, such as rape culture, race, gender, hair, money and all kinds of isms, in a light-hearted but engaging way. Their videos are categorized into talks, challenges and their infamous dashboard cam. On their recent series, called #BehindTheseWalls, they ask personal questions to different celebrities of their choice. Pap Culture have hosted the likes of Kwesta, Lady Skollie, Anne Hirsch, and many other different personalities.

Sibu Mpanza is edgy and clever just like Pap Culture. His videos also tackle heavy topics, but with subtle humor, sarcasm, and sometimes using anecdotes to approach a topic. He comments on current issues ranging from politics, race, gender, and sexual violence, among others. Sibu is also a serial collaborator, having made videos with Microwave Boyz, Broke Niggaz, Okay Wasabi and Pap Culture, among others.

Mark Fitzgibbon's vlogs poke fun at being young coloured, specifically Cape Coloured. He covers themes such as relationships, pop culture, and social issues in a light-hearted manner. He's made videos about not having abs, not having a winter bae, being harassed on a train, but one theme he keeps returning to is the "tief"–Cape Coloured slang for "bitch." A hilarious blogger, but not for the faint-hearted. You've been warned.

Broke Niggaz is a web reality series founded by vlogger Menzi Anarchadium. Him and his friends discuss issues that have to do with being young, black and, well, broke. Their videos are quirky, funny, and sadly relatable, as they touch on issues like struggling with adulating and the hypocrisy of the internet, among other issues that a young black man who's either a student or a young professional struggles with.

The Microwave Boys are a trio of friends who host a show in which they give their take on current issues, from Migos and Joe Budden's "beef" to Grace Mugabe's shenanigans, and everything in between. If watching three energetic and highly-opinionated dudes dissect current affairs and pop culture while laughing hysterically is your thing, then The Microwave Boys are here for you.

Lasizwe Dambuza makes videos of different scenarios such as how a black girl reacts to being spanked during sex, how black students get baffled by Afrikaans exams, how black parents respond to their kids coming out. But his most popular videos is a parody of media personality Bonang Matheba's reality show "Being Bonang," in which Lasizwe imagines Queen B's reaction to allegations against boyfriend AKA cheating on her. Lasizwe is a shape shifter who can emulate all kinds of people.

Theodora Lee's vlogs are halfway between light-hearted and serious. Using her life experiences as an entry point, she reflects and give tips on issues such as mental illness, dating, beauty and health. If you would like to get into the head of a young South African trying to make sense of the world around her, while getting your funny bone tickled, Theo is your girl.

Okay Wasabi, who's also a rapper, makes parodies of hip-hop songs, an art that isn't that big in South Africa. His parody of DJ Citi Lyts' hit single " Vura," is called "Dudla," and revolves around being overweight. He has made parodies of hip-hop hits such as Anatii and AKA's "The Saga," Emtee's "Roll Up," and a few more. But Wasabi's videos go beyond hip-hop parodies. He also does some comedy skits, and his latest series is called 'Kota Past 9," in which he and his friend Daliii taste kotas from different neighborhoods.